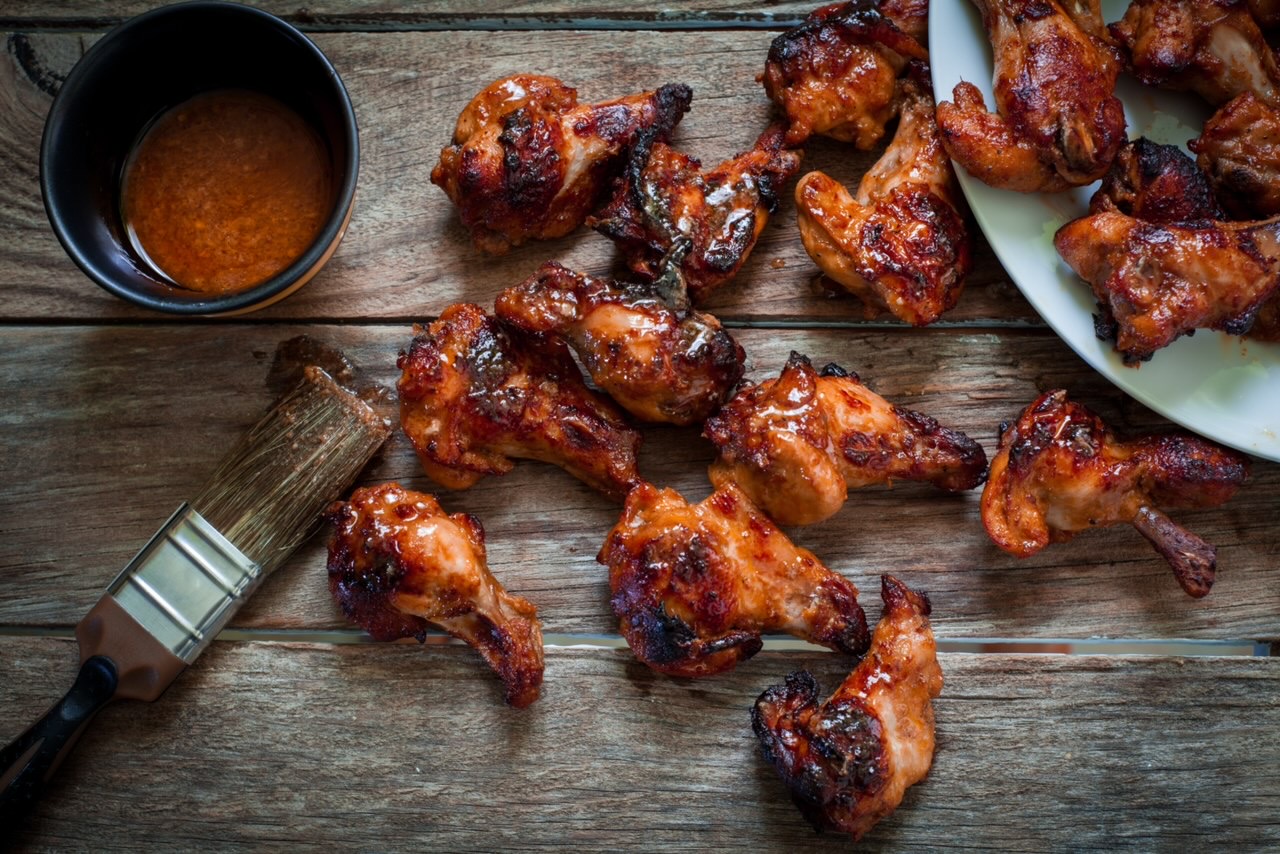 The taste of these Szechuan Pepper Wings with Thai Peanut Sauce is surprising and invigorating, with an electric shock of pungent peppercorn, and a sweet and slightly spicy Thai-style peanut sauce.

I’ve been intrigued by Szechuan peppers ever since they made a resurgence back in the United States after a long absence. The Szechuan pepper is a staple of Chinese cooking, but was banned in the US from 1968 to 2005 because it is in the citrus family and has the potential to carry the canker disease.

The Szechuan pepper is not actually a peppercorn at all like the black-and-white peppercorns we are familiar with, but is the dried berry husk found on the prickly ash tree.

Not hot in a typical sense, the pepper has citrus undertones and causes a slight numbing sensation on the tongue. This is the basis for these wings, which are marinated in a citrusy Ponzu sauce, and then glazed and served with a sweet and spicy Thai peanut sauce.  The Thai Peanut sauce is totally optional in this recipe, but trust, me, it is addictive and you will want to slather it on EVERYTHING!! 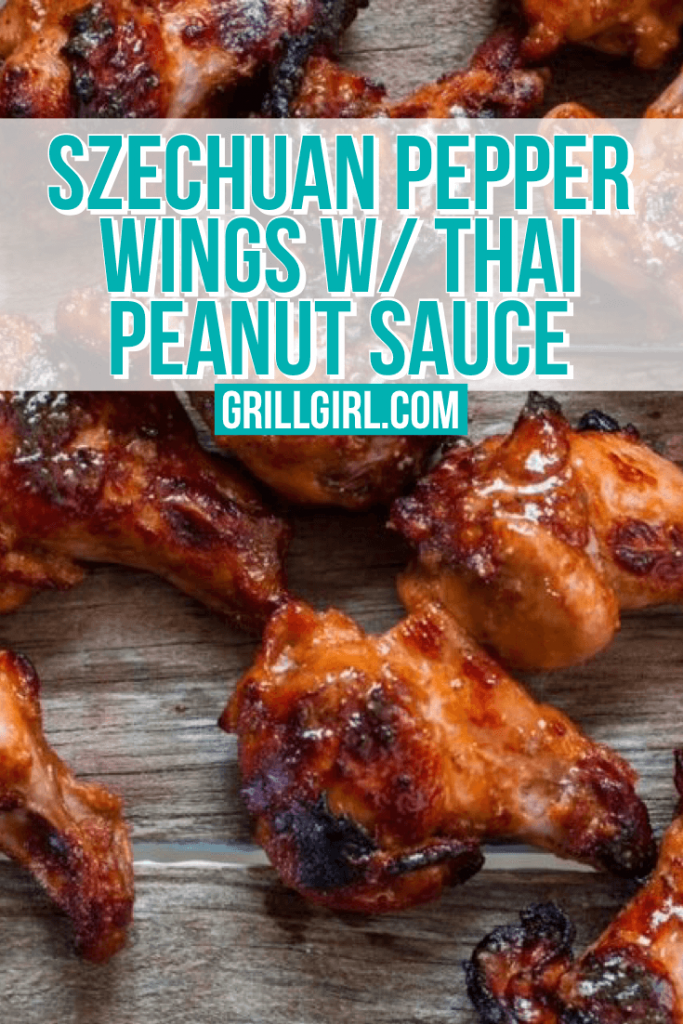 These chicken wings incorporate the citrus zing of Szechuan peppercorns and a ponzu sauce marinade. The wings are grilled and then slathered in a sweet and spicy Thai peanut sauce for multi-dimensional flavor. If you are short on time, the thai peanut sauce is totally optional, but it is highly addictive to slather on just about everything!

This recipe is so good it will make you want to slap your momma! (*I would never of course “slap my momma” but the expression is fitting here because it is that good!)

I’ve found the absolute BEST thai peanut sauce recipe in the world on the She Simmers blog, a blog all about Thai cooking. This recipe is easy-peasy and needs no modification. I did, however, add the juice of one lime and lime zest to the peanut sauce because everything is better with a little lime and it compliments the citrus undertones of the Szechuan in this recipe.

Let me know how you like these wings in the comments or email me at robyn@grillgirl.com!