GRILLGIRL.COM is dedicated to bringing you everything related to outdoor lifestyle! We have a group of talented contributors including our resident “Eggspert” and Technical Grill Guru Jon Solber, Nutritionist and Recipe Developer Amber Hanson, Award Winning BBQ Competitor and Cooking Instructor Doug Scheindig, and BGE Influencer and King of Dad Jokes, “Captain Ron” Dimpflmaier. If you love to cook outdoors and want to share your recipes, reach out to robyn@grillgirl.com. 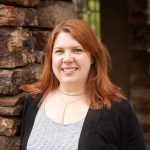 Amber is a licensed nutritionist living in Minneapolis, Minnesota. She likes teaching people the power of eating real food as a path to wellness, health, and happiness. You can find her at wholeyounutritionmn.com for nutrition tips, recipes, classes and consultations. 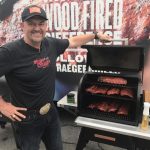 Doug started BBQing in 2009 on a stick burning offsets when a neighbor asked him to participate in a fundraiser where they placed third overall with a second in ribs and third in brisket. With Doug's analytical background studying Aerospace Engineering at Texas A&M, combined with his competitive nature, Doug turned this one-time BBQ competition into a passion. He soon started Rogue Cookers, a grilling social media account to share recipes and BBQ tips, and has competed in over 100 BBQ cook offs with his wife of 30 years, Jennifer Talley. Some of the awards he's won include the Houston Livestock Show and Rodeo BBQ World Grand Champion 2015 and Finalist in 2016 and 2017, San Antonio Rodeo BBQ Cook Off 4th Place Overall 2013, American Royal 2015 Traeger Royal Battle Champion in Pork, and Jack Daniels Invitational 1st Place in Cook's Choice in 2015. Doug has been exclusively using Traeger Pellet Grills for the past 6 years and is a Traeger Grills Pro Instructor who teaches BBQ Shop Classes, along with other Traeger sponsored events. Doug also is the Texas BBQ Correspondent for the weekly BBQ Central Internet Radio Show hosted by Greg Rempe and is a paid Brand Ambassador for Head Country BBQ. "Cooking isn't Rocket Science. But being a Rocket Scientist with a secret weapon doesn't hurt." - Doug Scheiding 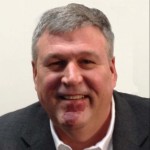 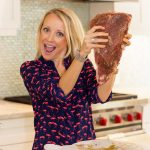 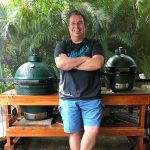 I'm Ron Dimpflmaier. Though I love all types of cooking, grilling is where my real passion is. Though I use different types of grills, my five Big Green Eggs are my favorites. If it can be cooked on a stove, oven, or grill, I believe it can be done on an Egg. I was born in New York but South Florida is where I call home, so I can easily grill year 'round. 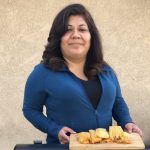 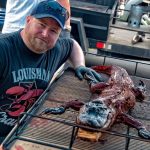