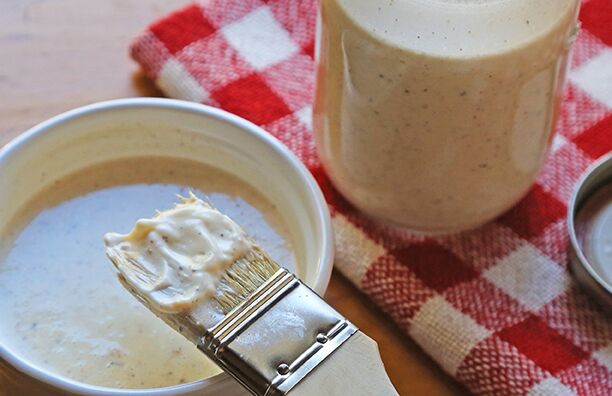 If you’re a fan of southern BBQ, you simply must try Alabama White Sauce. This tangy and creamy sauce originated in the northern part of Alabama at Big Bob Gibson’s BBQ and has quickly become a staple in southern BBQ cuisine.

One of the best things about this Alabama White Sauce recipe is how easy it is to make at home. With just three simple ingredients – mayonnaise, white vinegar and pepper – you can whip up a batch in no time. The mayonnaise gives the sauce its creamy texture, while the white cider vinegar adds a tangy flavor that cuts through the richness of the mayonnaise. A touch of pepper gives the sauce a little bit of heat to balance out all the flavors. Other additions include lemon juice, horseradish and a dash or salt and hot sauce to fully balance the sauce.

While Alabama White sauce is known for being used on Chicken, it is also delicious on Pork! Think of it as an all purpose marinade, baste and dipping sauce that keeps your meat extra moist and juicy!

To use Alabama white sauce as a marinade, mix the sauce with your choice of protein and let it sit in the refrigerator for at least an hour. To use as a basting sauce, reserve some of The Alabama White Sauce in a separate container and baste throughout the grilling process. The beauty of Alabama White sauce is that the acid in the vinegar helps to tenderize the meat, while the mayonnaise keeps it moist.

If you’re looking to impress your guests at your next BBQ, Alabama White Sauce is sure to do the trick. It’s unique flavor profile sets it apart from traditional BBQ sauces and is sure to be a hit with all your friends and family. It’s also gluten-free and low-carb, making it a great option for those on a special diet. What I love about Alabama White Sauce is that, unlike traditional Barbecue sauces that have a brown sugar or molasses bases, Alabama white sauce will not burn on the grill because it doesn’t have much sugar. So, it truly is perfect for all stages of cooking on the grill as a marinade, baste and dip! 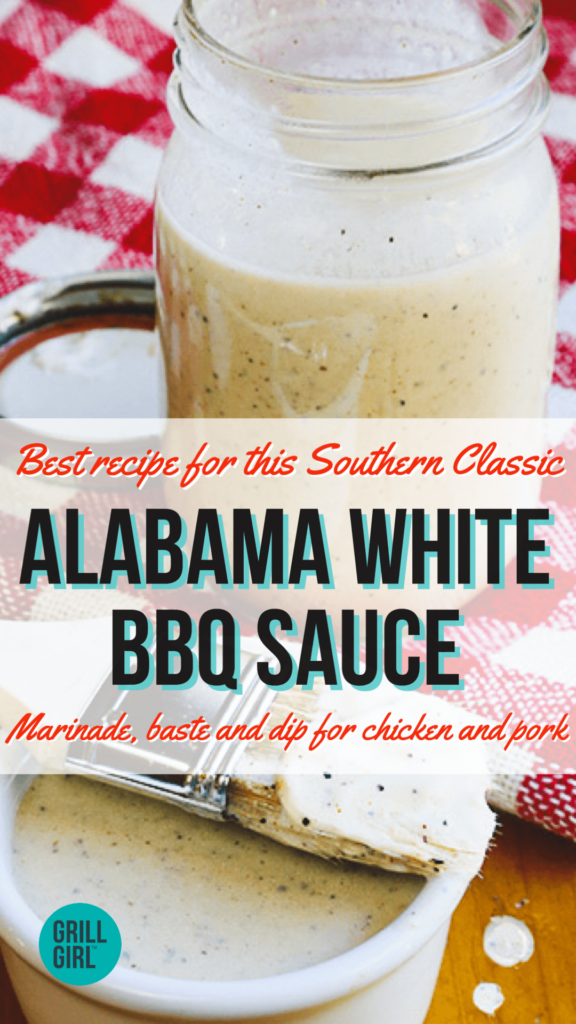 Vinegar – while my sauce calls for White Vinegar, Apple Cider Vinegar can also be used. My favorite variation for making this recipe is to swap Pickle Juice – it adds a ton of flavor!

Mayo- most Southerners prefer Duke’s Mayo. However, these days I am using seed oil free mayo now that I’ve learned about how bad seed oils are for you. I like Kensington’s Avocado Oil mayo.

Alabama White Sauce as a Base for Coleslaw

BBQ and Coleslaw go hand in hand, and I can tell you that Alabama White Sauce is a great base for coleslaw. If you are looking for an awesome coleslaw recipe that even NON coleslaw eaters will rave about, you must try my Charleston style coleslaw recipe. 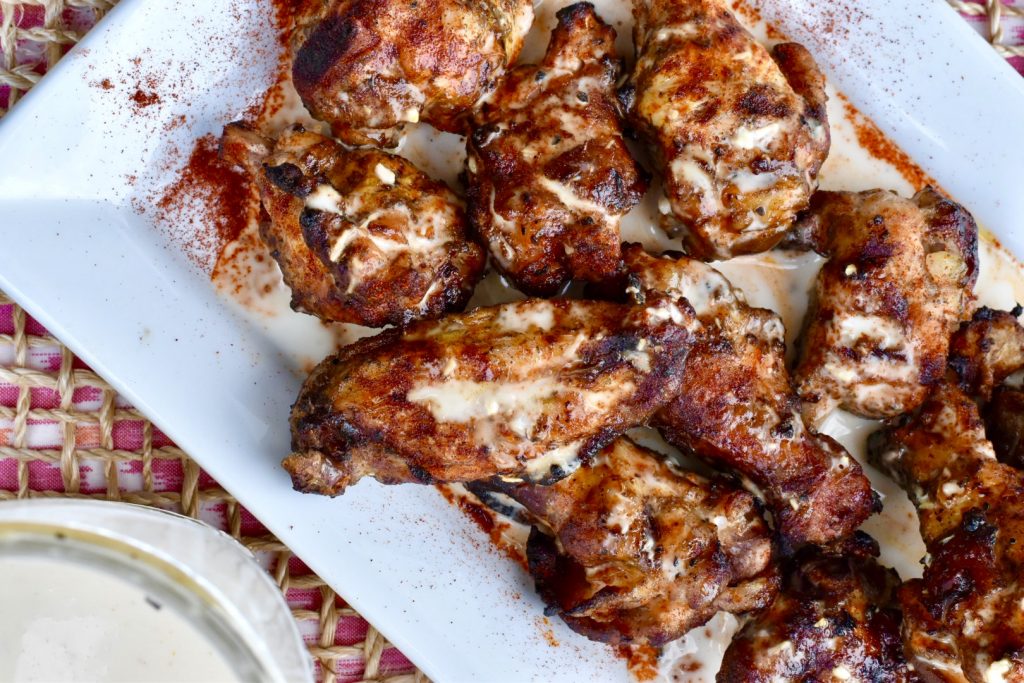 Alabama White Sauce on smoked chicken wings is a match made in heaven!

Alabama White Sauce is a Southern Classic that is a tangy, mayo based marinade, baste and dip for chicken and pork that moisturizes and tenderizes meat while also adding great flavor.

Combine all ingredients and store in a mason jar. Can be used for marinating, basting, and served tableside for dipping. Will last in refrigerator for up to two weeks.

Pairing note: Chicken plus white BBQ sauce plus smoked Brussels sprout slaw is a winning combination. Sauce can also be used as a base for a “White chicken Pizza.”