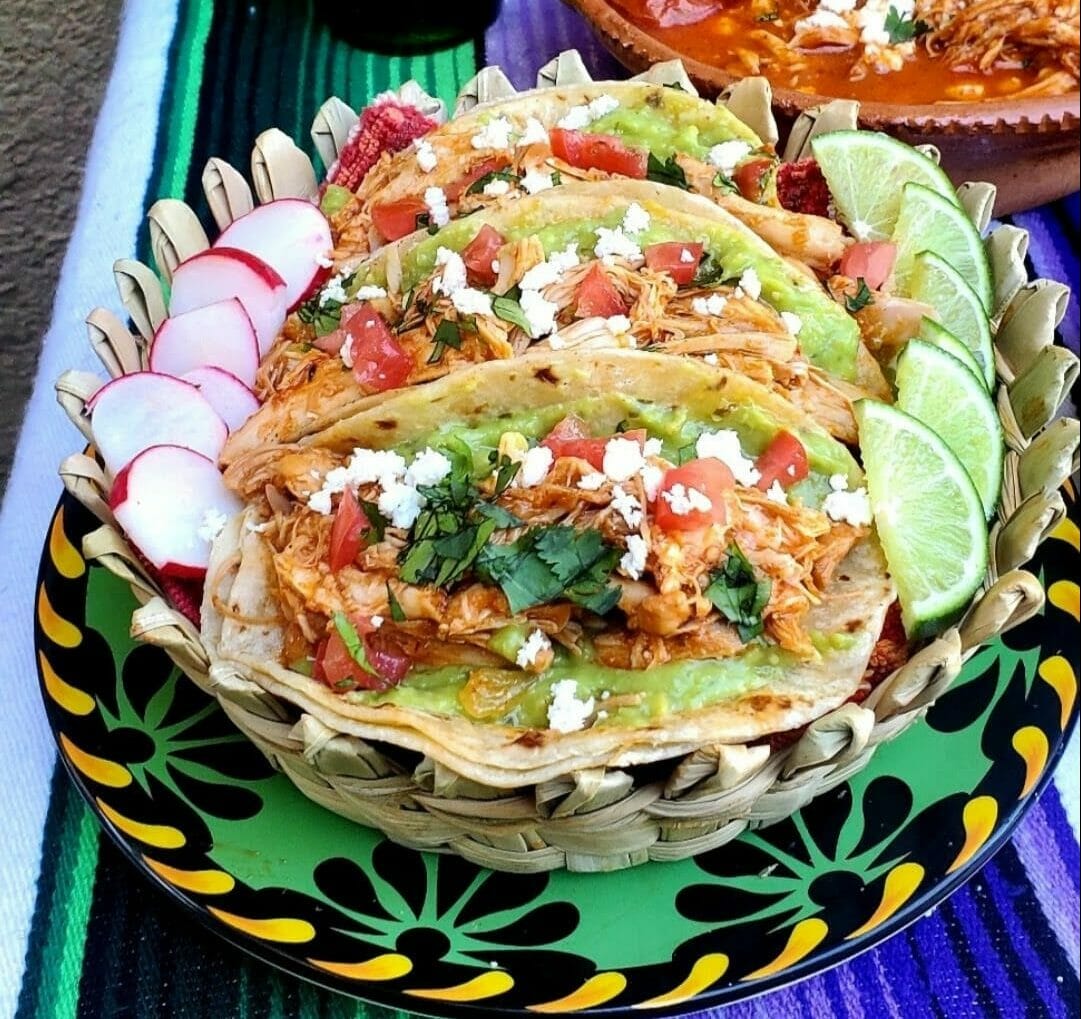 Before we get into my recipe for chicken tinga, let’s talk about Cinco de Mayo and why I chose to share this recipe for you all this week!

Cinco de Mayo is actually a celebration of the Battle of Puebla, in which a small Mexican army emerged victorious over the French despite being outnumbered almost two to one. Oddly enough, it is scarcely celebrated in Mexico except for Puebla.

Today, we celebrate Cinco de Mayo with music, friends, and most important, food. In honor of the holiday, I decided that I would feature a recipe that hails from the state of Puebla. Puebla is situated about two-and-a-half hours south of Mexico City. It is a wonderful place that is one of Mexico’s oldest cities, and its warm hospitality, stunning and colorful surroundings, and relaxed atmosphere make it a popular destination.

Puebla is also rich in culinary tradition, known mostly for its complex all-day moles, but it has unique and distinct dishes that awaken the pallet and honestly are some of my favorite Mexican dishes. One of these dishes is Chicken Tinga. 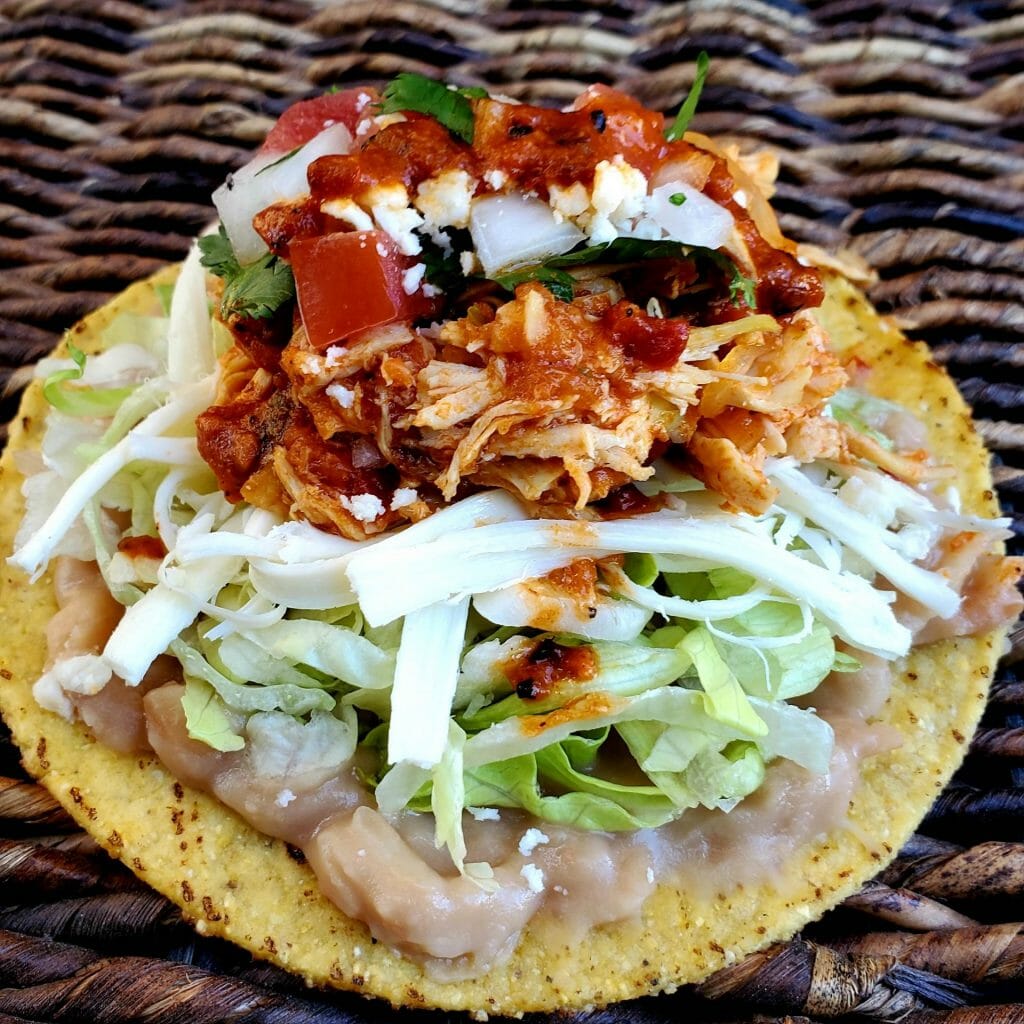 What is chicken tinga?

Chicken tinga is a versatile dish of shredded chicken that has been stewed in rich roasted tomatoes, smoky chipotle chiles, onions, garlic and spices. It can be served warm or cold and is topped on crunchy tostadas, stuffed in warm bollilo rolls, and of course as a decadent filling for tacos.

Tinga is a perfect mid-week meal as it can be made fairly quickly or prepared ahead of time in batches and frozen for future use. My recipe for chicken tinga honors traditional tinga, but it utilizes the use of BBQ techniques to help elevate flavors and make it a dish that will keep your friends and loved ones hoping it’s Cinco de Mayo every day! 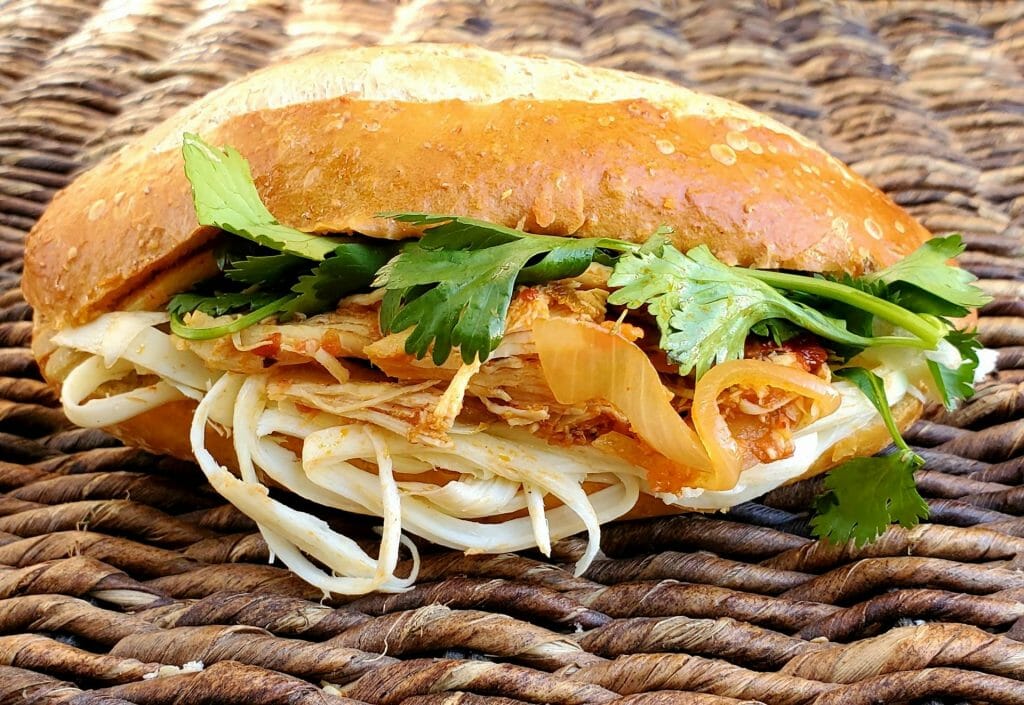 There are plenty of ways to enjoy chicken tinga

How do I serve chicken tinga?

I like to serve my chicken tinga as a filling for fresh made flour tortillas with cool lettuce, cilantro, diced tomatoes, a sprinkle of cotija cheese, and a squeeze of lime. But a common way to serve them is on fried corn tortilla tostadas with creamy beans, shredded queso Oaxaca, lettuce, tinga, Mexican crema, and your favorite salsa. The crunch of the tortilla is a perfect vehicle for the tinga. I have made smaller versions as a game day appetizer that is always a hit.

If you like tortas, split a roll and stuff them with tinga, avocado, and dip them in the reserve liquid for a torta ahogada (drunken sandwich).  Think Mexican French dip! And if you like the birria social media trend, try dipping a flour tortilla in the sauce then frying it up on the flat top stuffing the inside quesadilla style with mounds of queso Oaxaca or queso Chihuahua, tinga, and some caramelized onions and jalapeños.

PRO TIP: I like to use a combination of mesquite and cherry, as mesquite is very prevalent in Mexican cuisine and the cherry gives a hint of sweetness to balance. I will also char my tomatoes in a cast iron skillet while I’m smoking the chicken.