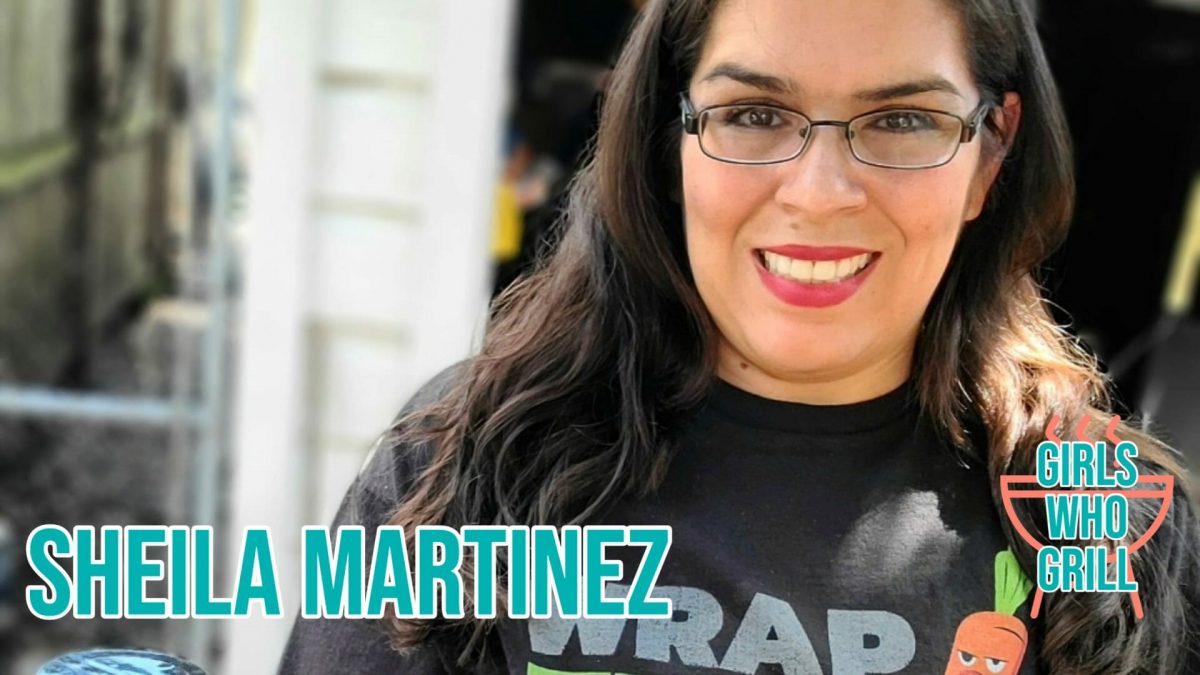 The last two features for my Girls Who Grill series were in my home state of Florida, so this time we’re headed to Houston, Texas to chat with Sheila Martinez!

I continue to be inspired by Sheila. While I see many woman cooking on Pellet Smokers, Sheila has truly mastered the art of fire management on her weber kettle, even baking cakes on her kettle. I’m so excited to feature her in this week’s “Girls that Grill” spotlight!

One look at the Instagram page of this dynamic wife and mom of two boys, and it’s clear that she’s got such a creative talent when it comes to the grill. That’s thanks to growing up in a household with Persian and “Tex-Mex” parents, where she would have Basmati rice, beef tongue, eggplant soup, or arroz con pollo depending on the day!

In fact, the recipe that she’s sharing with us today is Chenjeh Kebabs, or beef chunk kebabs. Yum! Be sure to give it a try and tag both of us with your stunning results!

And not only is Martinez a great cook, she’s versatile! When she’s not making a mean dish on her Weber grill, you night find her working on a car, gardening, spending time outdoors, and playing the piano or guitar. And since she loves cooking outside, it’s no wonder she considered a career in meteorology! 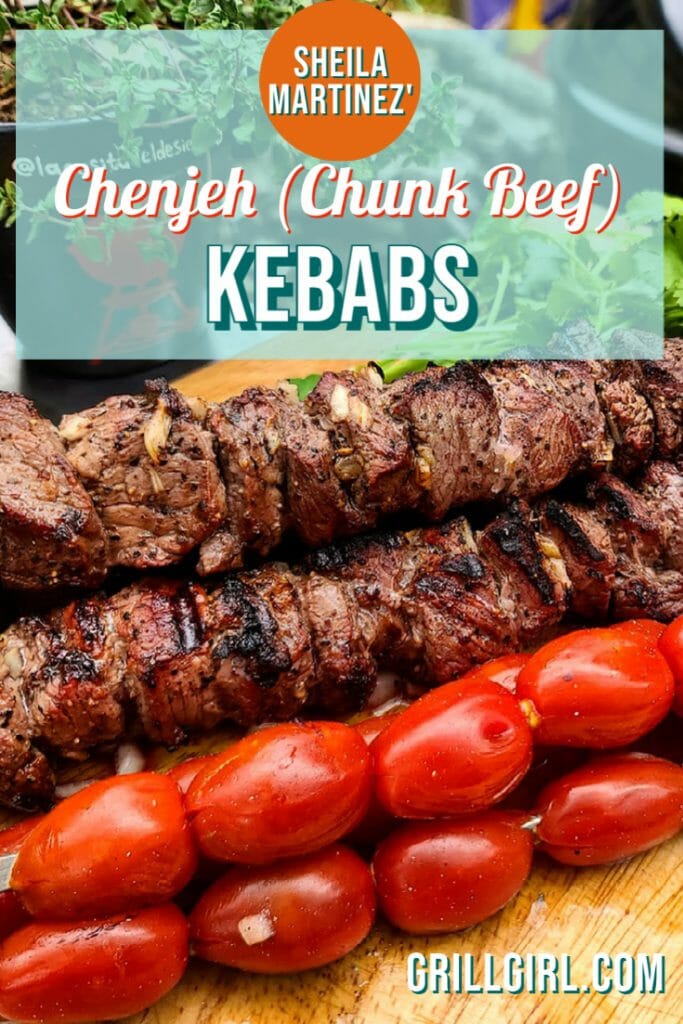 What kind of cuisine did you grow up eating?

I grew up in a mixed household. My father is Persian and my mother is what she calls “Tex-Mex.” Our food reflected this cultural blend. We ate polow (Basmati rice) nearly every day. There were Latin-inspired meals from my mother, such as lengua (beef tongue) and arroz con pollo (rice with chicken). My father made kebabs and stews, such as Khoresh Bademjan (eggplant stew). I think the two cultures fused together quite well.

How did you learn to grill?

I didn’t start in the kitchen making meals—I started as a baker. I baked cakes and cookies. My mother would let me help her bake cakes, as she is a great decorator herself, and that gave me more confidence in the kitchen. I watched her in the kitchen. My father did most of the grilling, although my mother did her share also. I watched both of them work their gas grill and control the flame. When I moved on my own, I made sure to buy a gas grill to be able to cook the same foods my parents made on the grill. I bought a Char-Broil Infrared Grill. I don’t remember the first thing I grilled (probably chicken), but I know I have definitely upped my grill game!

Were you ever intimidated by grilling?

Yes and no. I was never intimidated by grilling—I was intimidated by grilling on anything other than gas grills. Aside from a campfire, I had only been learning by observing on a gas grill. I was intimidated by charcoal grilling and smoking. I only became interested in the world of charcoal grilling about three years ago when I purchased a discounted Weber Kettle from a co-worker. I didn’t spend much on it, so I figured if I didn’t like it or failed it would not be a big financial loss. 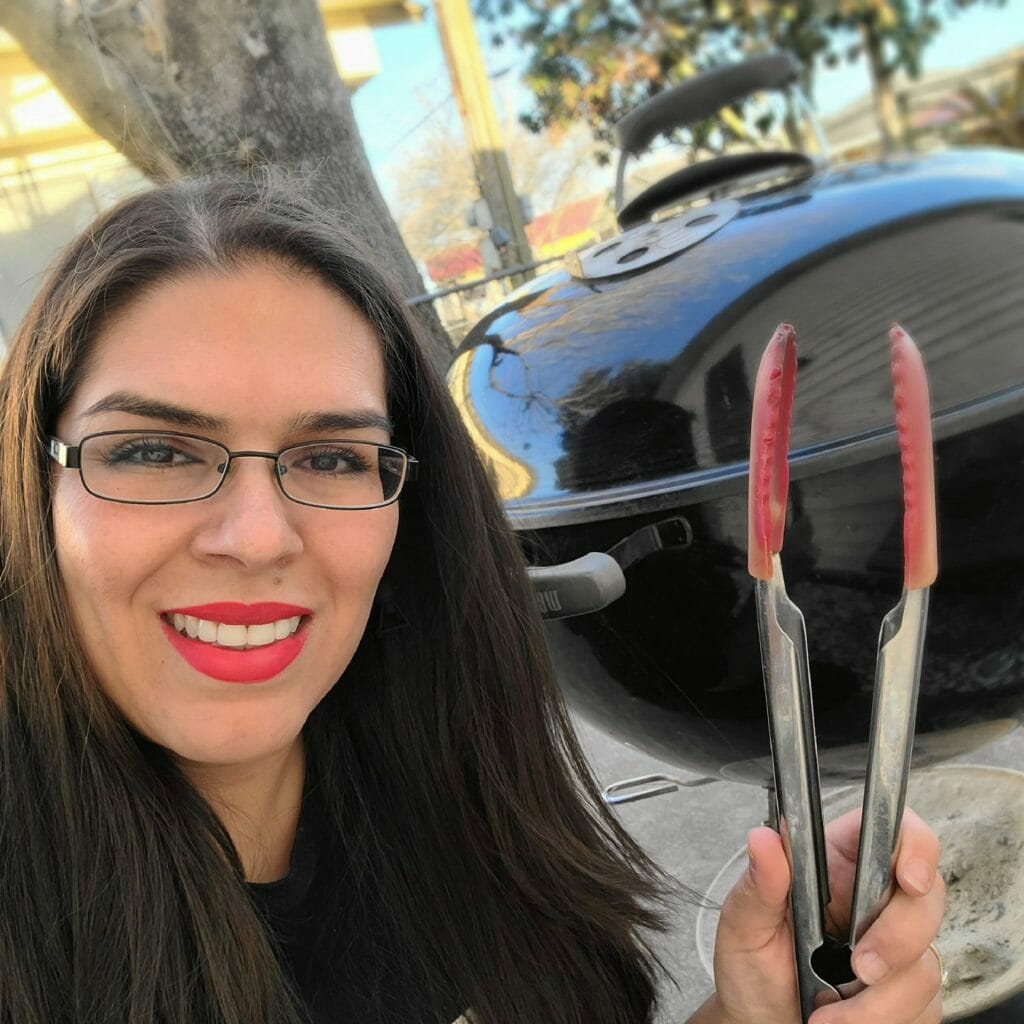 What grills do you cook on regularly?

Since I bought the Weber Kettle, it is my daily grill and I can’t go a day without it. I have found it to be one of the most versatile pieces of grilling equipment. It works not only as a grill, but an oven, smoker, and fire pit. It is lightweight, moveable, and relatively less expensive grill. Overall, it is an outstanding value!

What would you say is a dish you’re most famous for grilling?

I wouldn’t consider myself famous for grilling a particular dish, but I would say I have a unique and creative style. I get a lot of praise for being able to bake cakes, cookies, brownies and even a cheesecake in the Weber Kettle. To be able to control the coals and keep a sustained temperature for pastries is not as hard as it may seem. Then again, I came from a baker’s start in the kitchen.

What has been your proudest moment in grilling?

I entered into an Instagram contest for Pork Es Sabor, the Latin representation of the National Pork Board, and won by submitting a recipe for Mexican-inspired pork ribs. I won a Kamado Joe Classic grill and it was a proud moment for me as a “rookie” in the InstaBBQ scene and to have won a national contest! 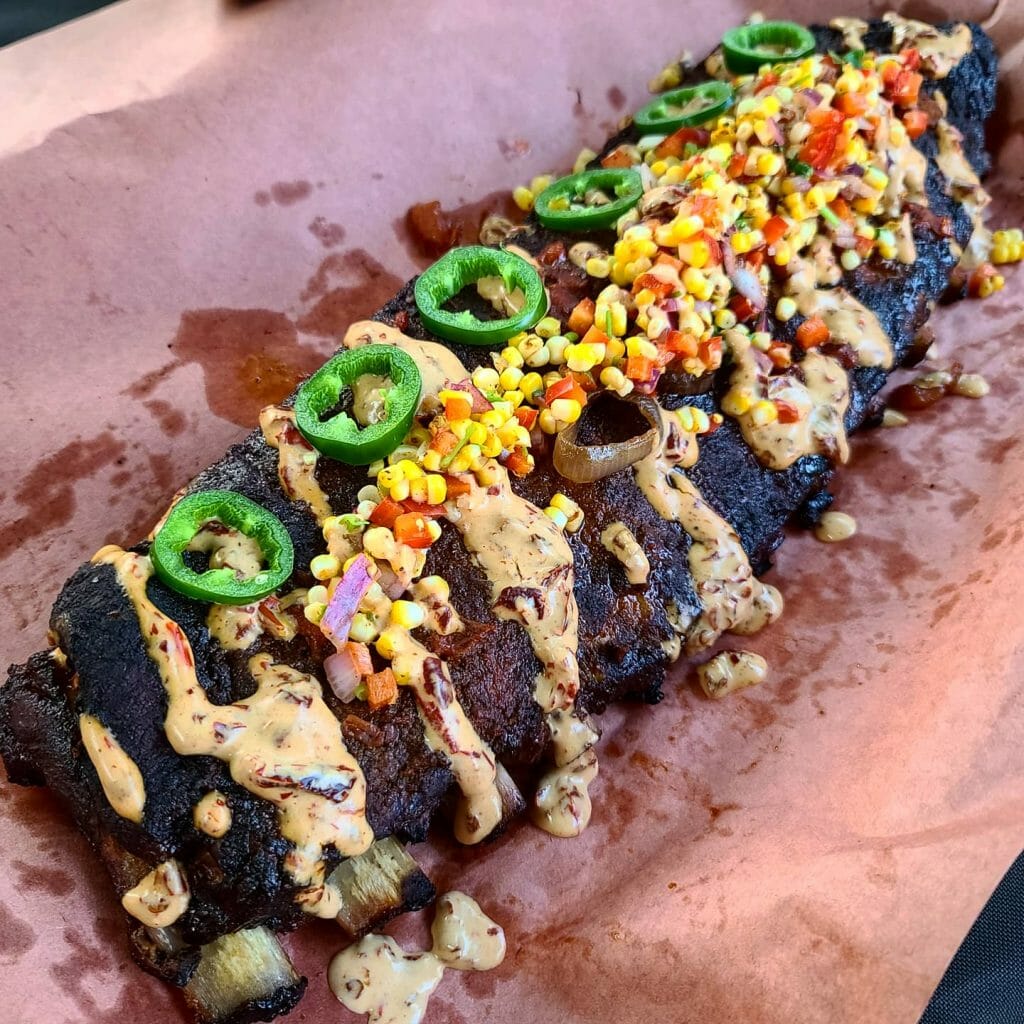 The Mexican-style pork ribs that won her a Kamado Joe Classic from Pork Es Sabor!

What is on your list of dishes you want to try on the grill?

I’ll put anything on the grill! I’ve have been wanting to make a prime rib roast or a leg of lamb. Also, homemade bacon!

Any Weber Kettle accessories, like the Slow ‘n Sear Deluxe, or a Vortex. Also, a pizza oven and a Santa Maria-style grill.

What are some of your non-grilling hobbies?

When I’m not grilling or working, I spend my time with my family. My two young children keep me occupied. I also enjoy gardening and tending to my small “farm” of chickens, turtles, dogs, and fish. I also have to admit that I love grocery shopping!

What advice would you give other women who want to learn to grill?

To any woman thinking about grilling or trying something new with food, I highly recommend grilling. The fire is fun to work with and the flavor is hard to beat. I would also encourage others to not be intimidated by the grill. It isn’t as difficult as it may seem and it is definitely a learning process for life. If you love a good challenge or a hobby that doesn’t get boring, get a grill and light it up!

Check out these other recipes from Girls Who Grill!