How to Grill Picanha or Coulotte Steak 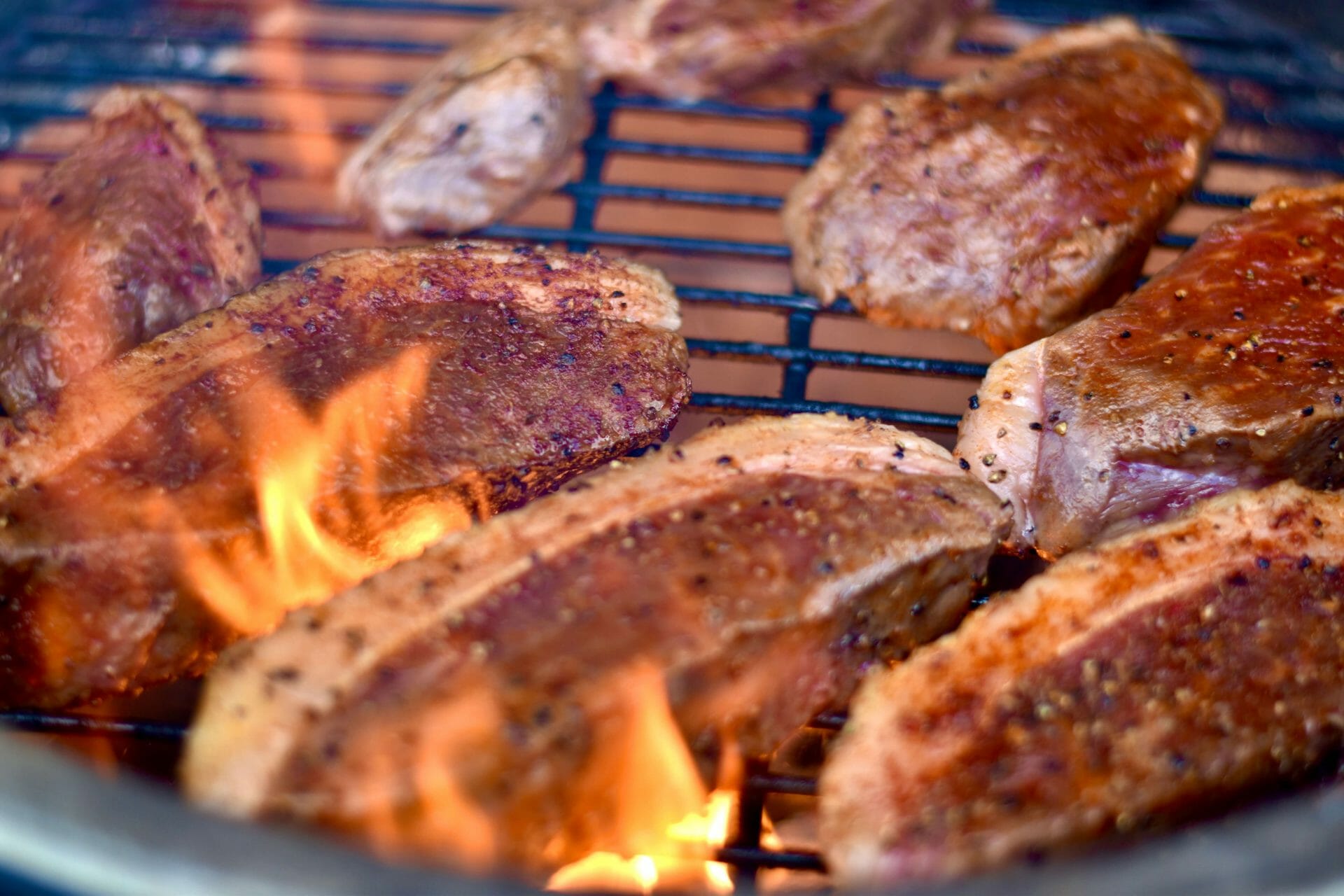 What is the Picanha, also known as the Coulotte, cut of Steak?

In my grilling obsessed brain, I’ve started associating years with various cuts of meat. In the same way that 2019 was the year of the Tri Tip ( I was so smitten I competed at the World Food Champs Fire Woman Challenge with a Tri Tip!), enjoying its newfound popularity by people living outside of California, I believe 2020 was the year of Picanha. Sure, this cut of meat has been popular in Brazil for a while, but it has started to get attention elsewhere because it is great for steaks, cooking on a skewer, and is still relatively inexpensive compared to other cuts.

Picanha, also known as the Coulotte steak in the US, has been popular in Brazil and Brazilian steak houses for quite some time. It is from the rump cap, also known as the Top Sirloin Cap, and has a big layer of fat on the outside, just like our rumps do. The beauty of this cut is that the muscle doesn’t get a lot of use, so it produces a very flavorful and tender cut of meat.

So let’s dig into Picahna, aka the Coulotte Steak, aka Sirloin Cap 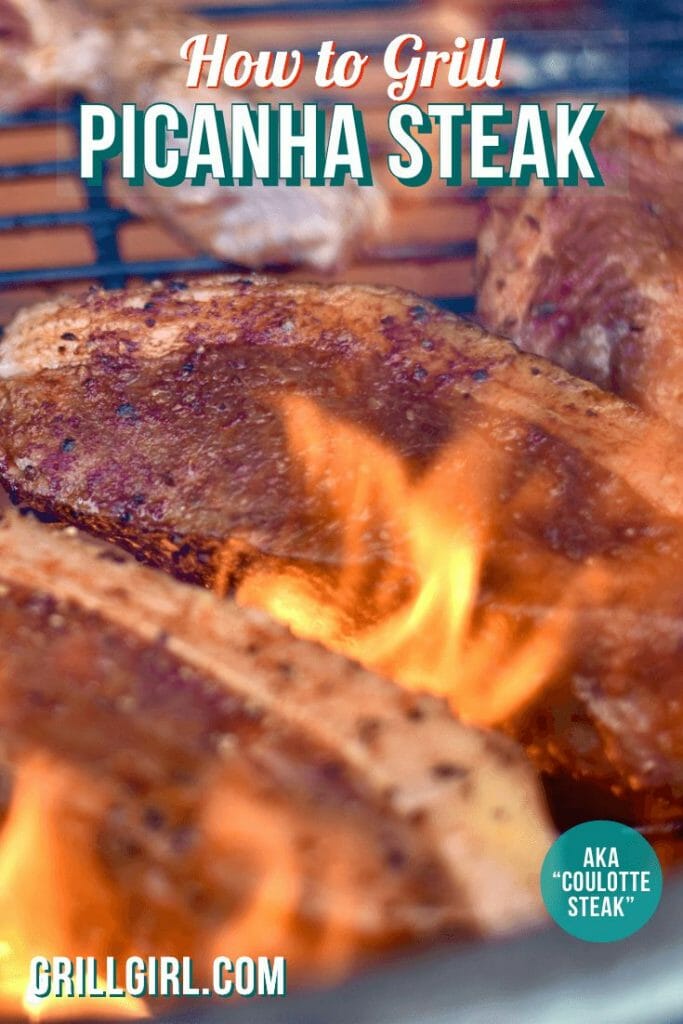 What part of the Cow does Picanha come from?

How to Grill Picanha

There are two ways you can buy Picanha. You can either buy the full Picanha and then slice it up yourself for grilling. Or, you can buy it already cut. The way I have seen it most often it is that it is sold as the entire rump and you can then slice it yourself.

From there, you can then slice the Picanha into 1” steaks for grilling. There will be a big strip of fat on the outside that you will need to cut off. I like to leave a bit of fat on the outside and let it render on the grill. There is something truly mesmerizing about watching and smelling fat render on the grill. And it does create a unique flavor when the fat drips onto the coals.

You will often see Picanha on a skewer and then grilled, this is the way it has been traditionally done in Brazilian Churrasco (ie, Brazilian BBQ). Either way you slice it, it’s delicious!

How to Season Picanha?

I recommend getting the highest quality of beef you can get- Prime or American Wagyu if possible. I’m a bit of beef snob at this point in my career and have gotten to the point where I don’t like to eat steak if it doesn’t have good marbling.

So, anytime you cook anything, you want to start with quality ingredients. This goes without saying but the higher quality the meat, the better the end result!

If you have a good cut of meat, you really don’t need much to season it. I like to use fresh ground black pepper, kosher sea salt, and a touch of garlic powder. That’s it! The smoke from the from the grill is what take the steak to the next level. Sometimes, I also like to serve my steaks with a compound butter. I got addicted to having butter with my steaks when I was doing steak competitions with the Steak Cook Off Association. Finishing a steak with a touch of butter is just about as indulgent as you can get. If you want a good compound butter, check out my blue cheese basil butter compound butter recipe. 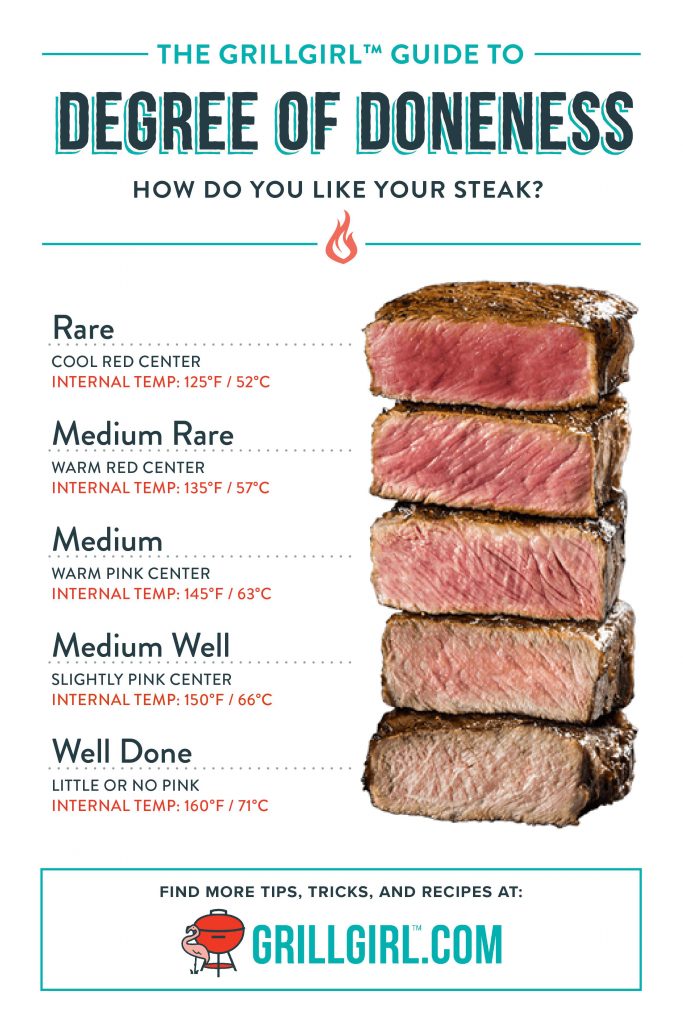 I recommend slicing the Picanha into 1” pieces and then setting up direct and indirect zones for grilling.  If you would like to learn more about various steak techniques, I recommend you check these posts:

How to Grill a Steak on the Big Green Egg

Malcolm Reed teaches us how to Cook a Sexy Steak

Prepare a grill for 2 zone grilling- medium direct heat, about 350-400 degrees. Grill the steaks on direct for about 4 minutes each side or until you have reached nice char marks on both sides. Because these are smaller cuts, test the internal temp – if you have reached 120 degrees, transfer to the indirect side and let continue to roast until you have reached the desired internal temp with an internal read thermometer such as the Thermapen (if you don’t have an internal read thermometer, then run, don’t walk to get one!) 125 degrees is medium rare (aka perfection).

Keep in mind that once you remove the steak from the grill, it will continue to cook so it is always to pull it off earlier versus later.

Picanha, aka Coulotte Steak, is a flavorful and tender cut of beef that is perfect for grilling and a great alternative to Ribeye or New York Strip.

Combine the salt, pepper and garlic powder in a bowl to create a rub.

Next, slice the Picanha into 1″ thick steaks. Drizzle the steaks in olive oil and then drizzle with the salt/pepper rub all over.

Keep in mind that once you remove the steak from the grill, it will continue to cook so it is always to pull it off earlier versus later.

Keywords: Grilled Picanha Steak, How to Grill Picanha, What is Picanha, Picanha Churrasco, How to grill Coulotte Steak