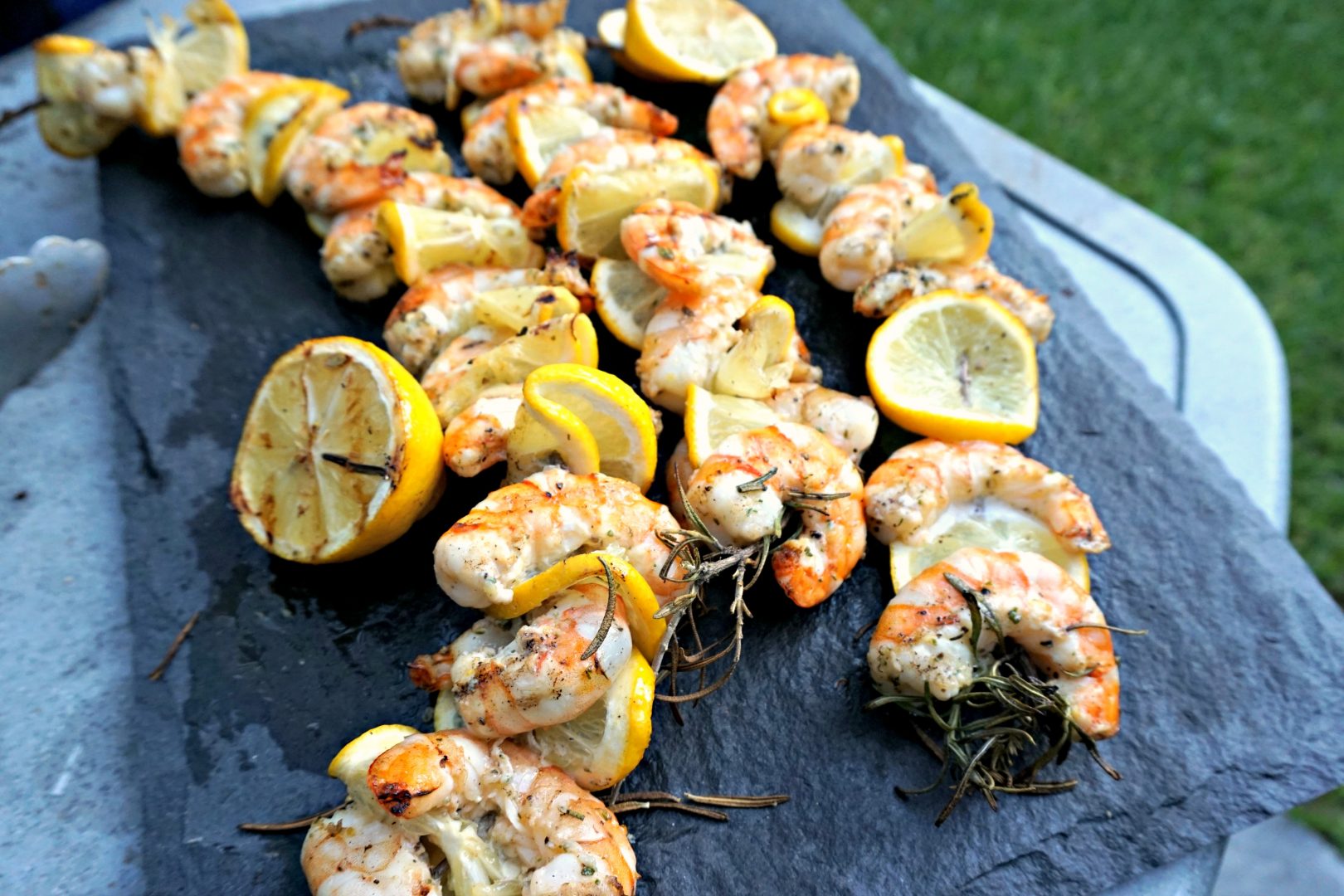 Rosemary Lemon is an out of this world flavor combination that works really well on both seafood and poultry.

For this Rosemary Lemon Shrimp Skewers recipe, the rosemary serves as both a source of herbaceous smoke flavor, an herb in the marinade, as well as the actual skewer for the shrimp, which makes for AWESOME presentation on and off the grill. The lemon is thinly sliced and layered on the skewer which adds additional flavor on top of the rosemary, lemon and garlic mixture it is marinated in. 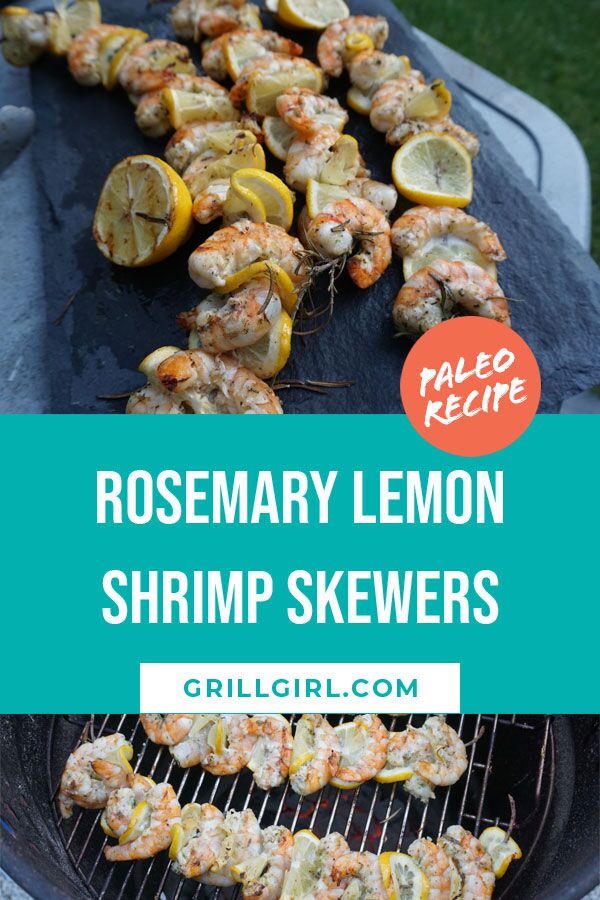 Luckily, if you don’t have a rosemary plant, you can achieve this same flavor with fresh rosemary you buy at the store. Coupled with the smoky flavor of the charcoal on the Pitbarrel Cooker, this is an addictive recipe that works well as both an appetizer or main course. Note, I made this recipe on my Pitbarrel Cooker which is a super easy to use Barrel Cooker that produces great results with minimum fuss, but this recipe can be made on any grill.

***If you don’t have rosemary skewers, just use 6-8 bamboo skewers and buy a large bunch of rosemary for the marinade

The rosemary stem makes for a fun skewer for the shrimp. Shrimp grills quickly so be careful to not overcook!