How to Cook Turkey on the Grill 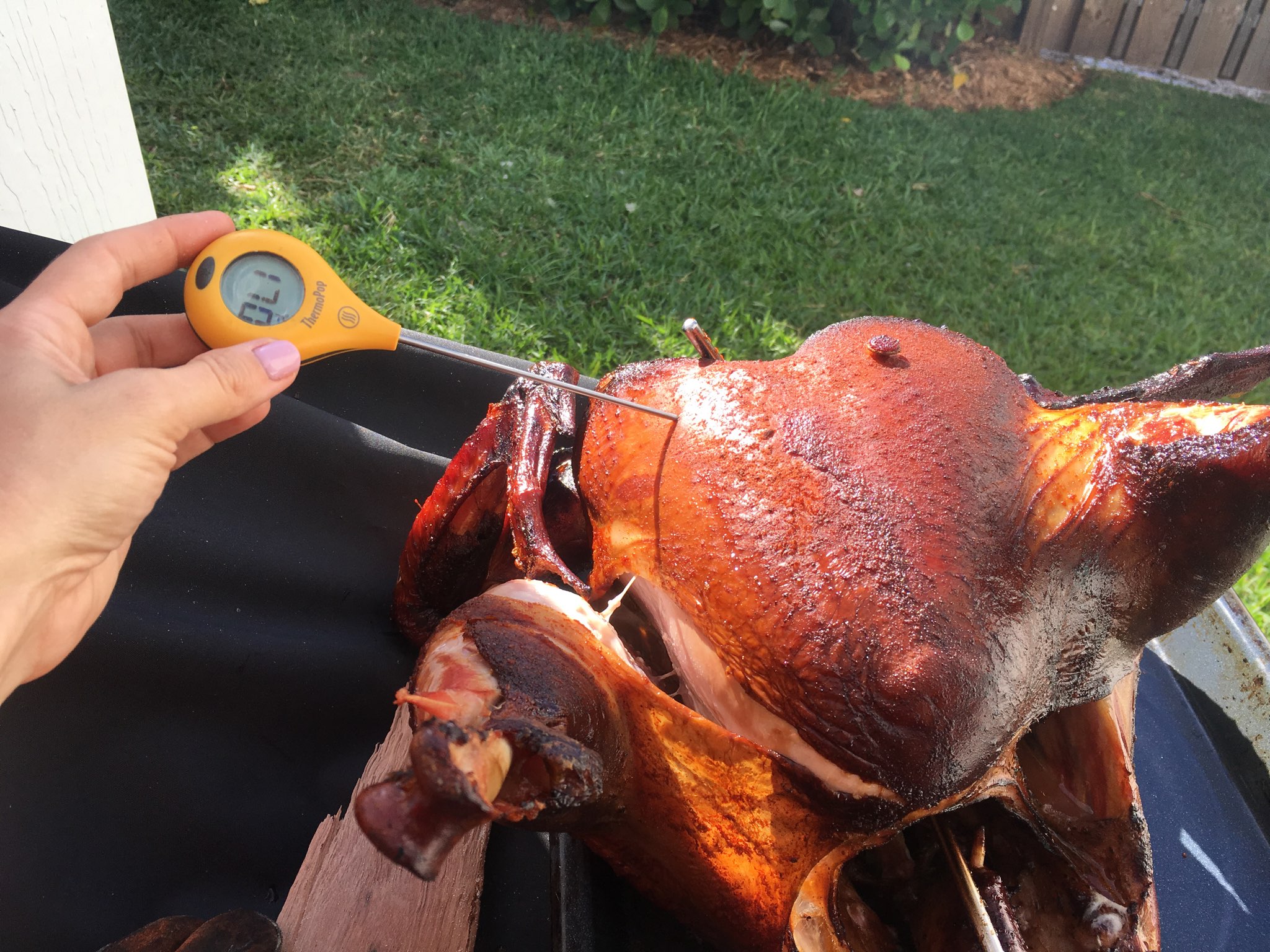 People get stressed out when making a festive turkey.

I have never completely understood this, but best I can think is that there is usually a lot at stake when something like a turkey is cooked for an audience.  No one wants to leave a foul taste in the guest’s mouth, so I guess the pressure is on to produce something delicious.

One of the great things about getting together for a special event or holiday is often sharing fun times and good laughs over a meal.  Looking back on such events over the years, it’s fun to think about when your Aunt Sophie brings her highly anticipated green bean casserole with those crunchy canned onion thingies on top.  Or brother Bobby’s extra spicy party mix with some kind of breakfast cereal woven between the peanuts and pretzels.

In my family, the festive standbys were solidified on the menu years before I could tell the difference.  One grandmother was a whiz with making homemade and often smoked kielbasa.  The other could kick out a festive German potato salad or Manhattan clam chowder faster than you could go to the store and buy it.  Regardless of the occasion, these dishes seemed to almost always be a staple at gatherings.  There were others as well.  Depending on who attended, a variety of specialties of the house could show up and they were always wonderful.

Of all the parties I attended over the years, the turkey was often the main event at Christmas, Easter, and of course Thanksgiving.  Regardless of who was in charge, it seemed that I had never had a bad bird until I was well into my 20s, having Thanksgiving with friends at a ski chalet in Whitefish, Montana.

The first time I cooked a bird, it was in college.  I was basically kidnapped by some friends and begged to help them with what was sure to be a complete disaster. They put me in charge because I had experience washing dishes at some restaurants to earn gas money in high school.

Not knowing what the heck I was doing, I dismissed them to the beer pong room and began to cook a turkey.  It was a miracle!  The thing had directions written on its packaging. How much easier could this be?  The directions were like, “ Take turkey, wash turkey, season turkey, bake turkey, eat turkey, and receive many high fives from friends.”  It was simple enough and did not take much more effort than that.  It was actually more challenging to carve the bird than it was to cook it. Unfortunately, after that, I got the call every time a bird got thrown in an oven in off-campus housing.

Turkey on the grill? Why not!

Taking amazingribs.com advice for cooking turkey, I added a few tweaks and was able to transform a frozen bird from grocer’s freezer to serving dish in under 24 hours. This is how it was done:

The grill was set up for a modified indirect cook with my roasting rack raised up on bricks. I used a flat-bottom Dutch oven as a drip tray.  The bricks and Dutch oven provide a much-needed buffer from the searing heat of the coals and allow the bird to roast much more evenly.  Some cherry wood chips were also sprinkled throughout the coals, which added a pleasant flavor that was not too overpowering.

This was the first time I cooked a turkey outdoors.  After doing so, I just don’t think I could be cooped up cooking a bird inside ever again!

I would be honored if you liked my facebook page.  It’s just getting going-