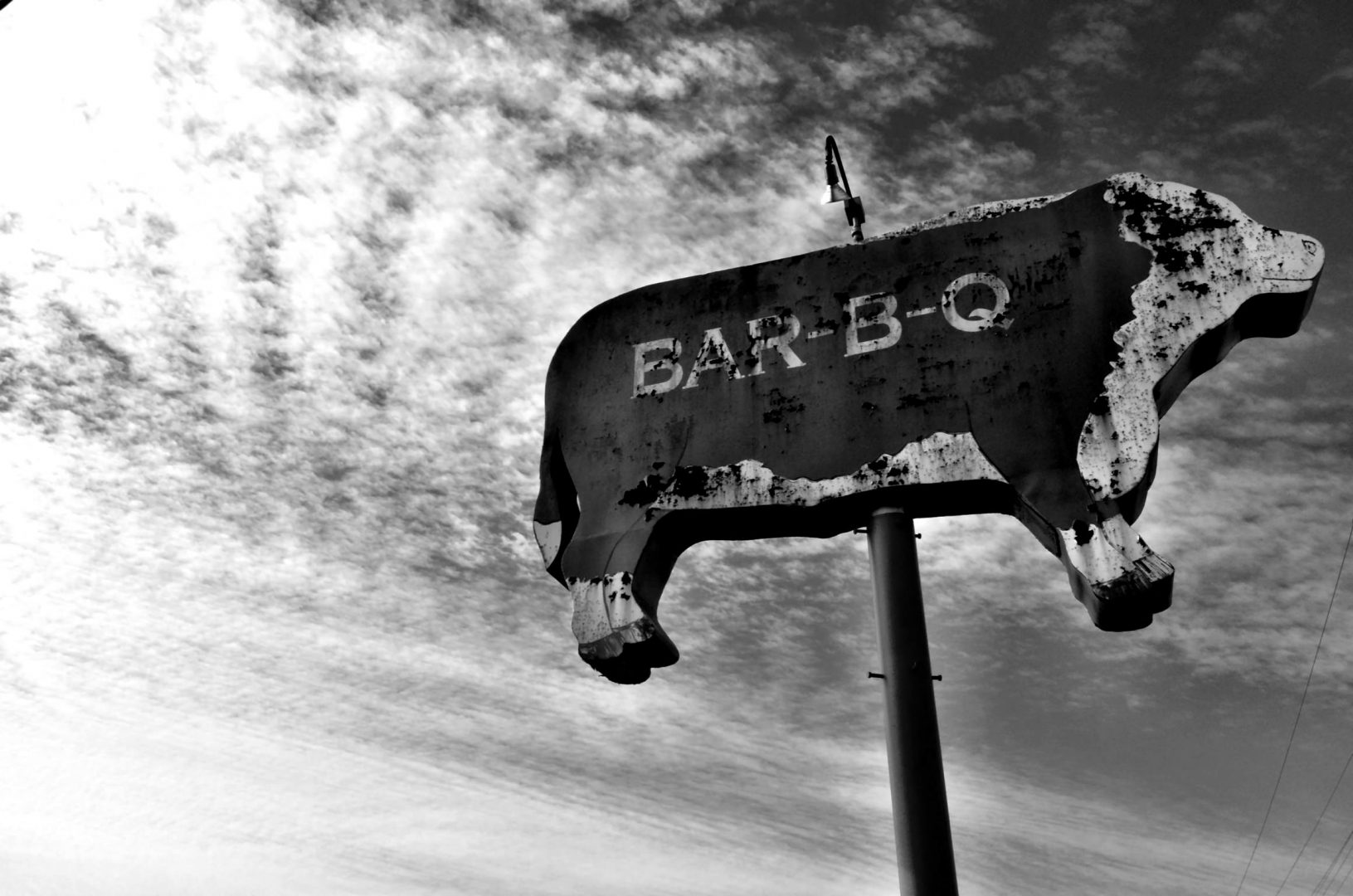 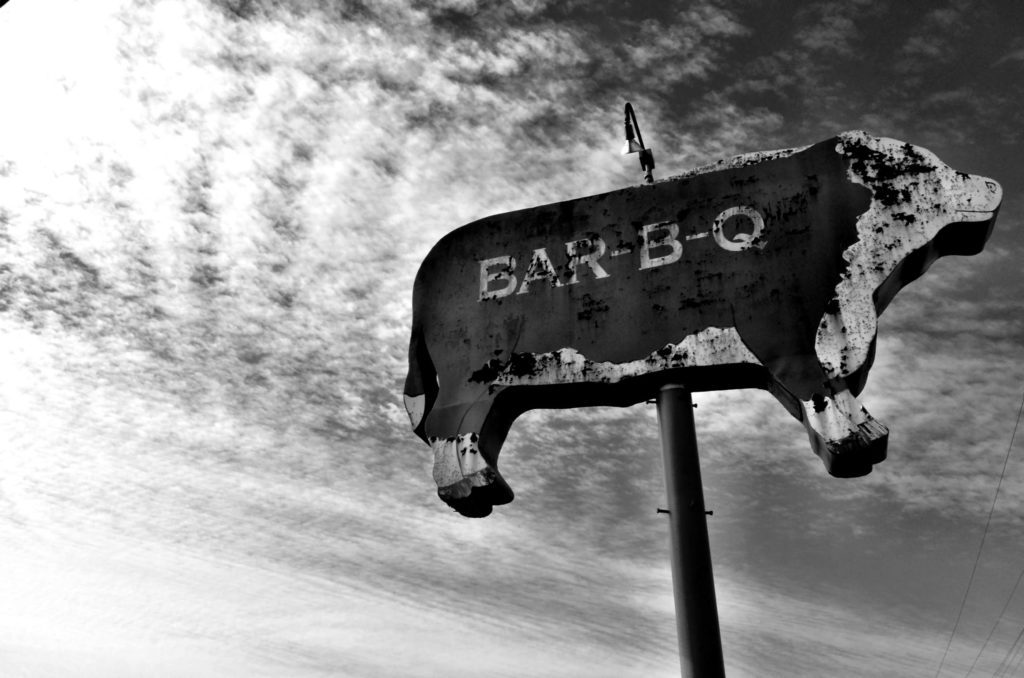 I’ve said this before, but I feel very blessed to have created GrillGrrrl (quite spontaneously after a few glasses of wine actually :)) because it has given me the opportunity to meet so many cool people. And social networking has enabled most of these opportunities! I met Robert J Lerma via twitter discussing BBQ relate topics (The Big Green Egg possibly?) and the rest is history. So when I had to go to Austin for business, I knew it was a great chance to eat some great BBQ with Robert J Lerma, a BBQ Photographer that’s photographed many of the great pitmasters in Texas. What an honor. Robert took me to the best BBQ joints in Austin, which is enough content for a whole other blog post. More on that. For now I want to introduce you to someone who captures the essence of BBQ and the people of BBQ behind a camera, in ways no word can describe. Let me introduce you to Robert J. Lerma and his awesome photography! (interview below)

A: I got into photography kind of by accident. I never studied it or did it growing up. I just thought it might be a good way to relax and document my travels. So I bought a cheap camera from Craigslist and went with it. When I was looking to move to Texas from California in 2006 I visited Blacks, Kreuz, Louie Mueller and Southside Market. Coming from California, these places didn’t exist. I was literally taken aback by the history, people and food. I moved in 2008. From there I just started traveling the state. I’ve been traveling ever since. 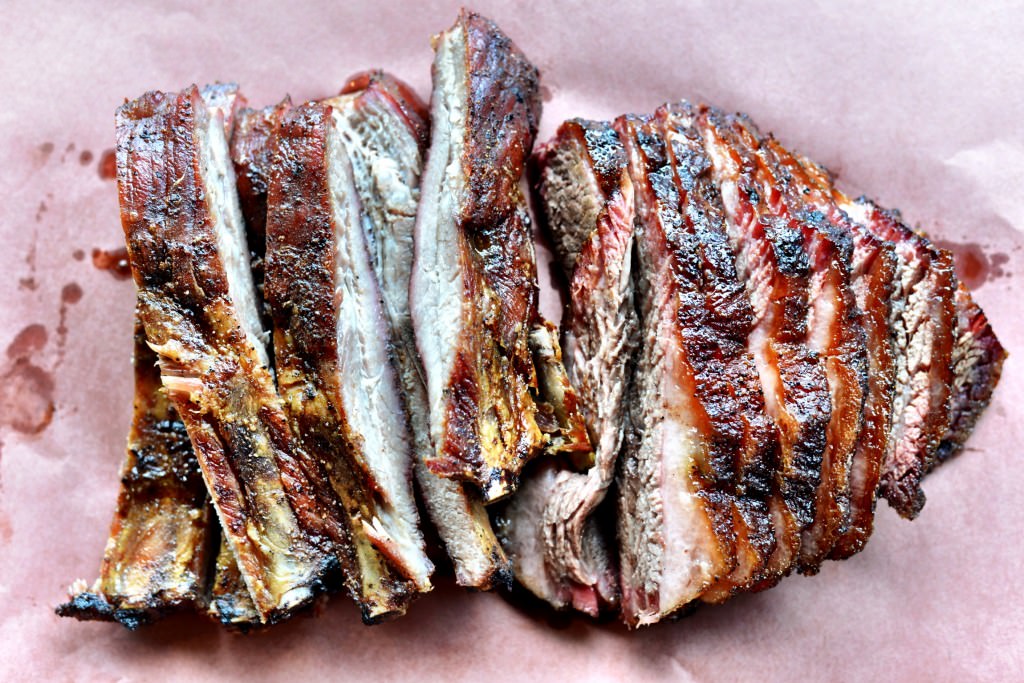 Q: How do Texans define BBQ?

A: It really depends on what part of the state you’re in. Texas is so vast. Central Texas BBQ is the most recognized with its German & Czech influenced, meat by-the-pound butcher style. But then you have South Texas, East Texas and West Texas styles. My personal favorite is Central Texas. I love the simplicity. Don’t get me wrong though, I love all styles, especially some barbacoa. 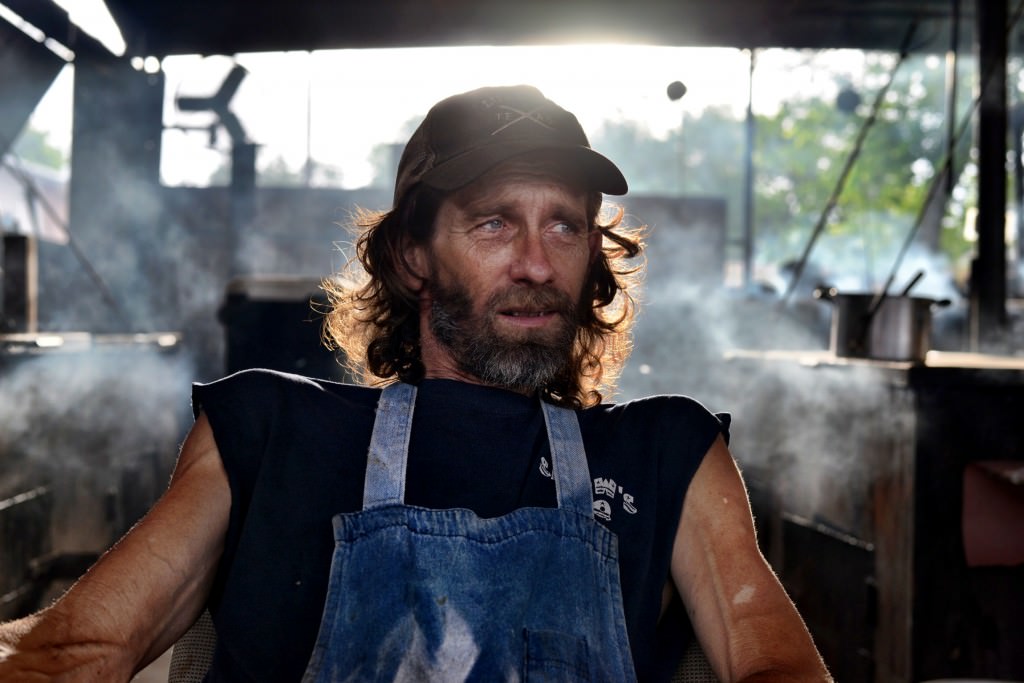 Q: How do you capture the raw, gritty nature of BBQ in your photographs?

A: You can’t be afraid to get dirty. I frequently come home smelling like smoked meat. I’m fortunate enough to have been able to build close relationships with most of the pitmasters I shoot. That allows me the ability to be in their comfort zones, to capture them in their element, where most times they don’t even notice me firing away. It makes for a more natural shot. I also don’t travel with a lot of equipment. I carry a few lenses and use only available light for the most part.

Q: When you took me on our Austin BBQ Crawl, you would ask for the “moist” pieces when ordering, what is this referring to?

A: Brisket off the point. It’s also known as “fatty” or “marbled.” I’m sure they’re also other variations. I can’t remember the last time I ordered “lean” brisket from the flat to be honest. 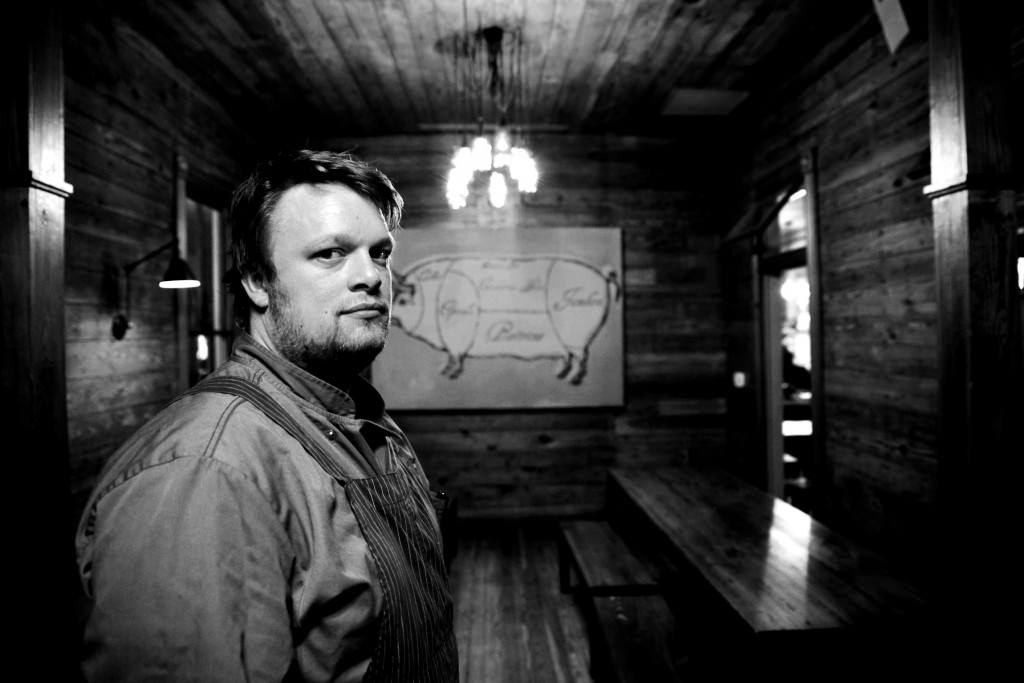 Q: What is something unexpected that you’ve learned as a BBQ photographer?

A: I always knew BBQ was difficult work that required long hours, but I never truly understood the commitment it required until I started immersing myself into the culture. Witnessing the process gave me a heightened level of respect. Not just for the people involved, but the food as well. To me, it’s not just a slab of meat on butcher paper. No, that’s just the end result. 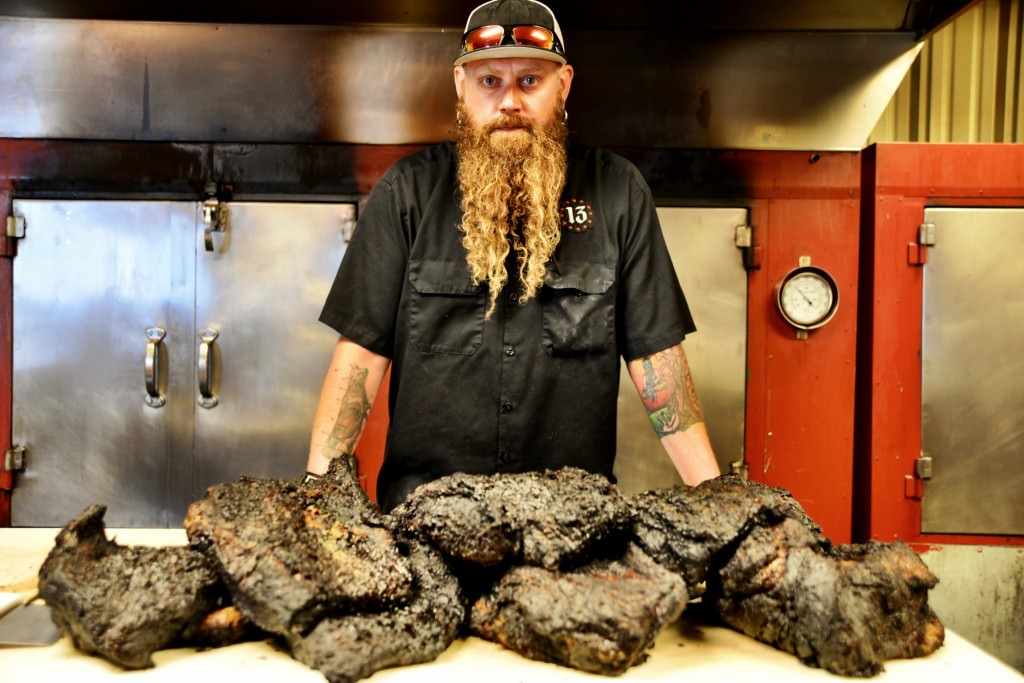 Q: As someone who hangs out in a lot of pits with pitmasters, what trends are you seeing in the world of Texas BBQ?

A: I’ve heard about BBQ being “trendy” lately. I don’t subscribe to that notion. To some, BBQ may be having its “moment” or going through a Renaissance, but in my opinion it’s just more exposed, thanks to guys like Daniel Vaughn from Texas Monthly. You’re also seeing an influx of classically trained chefs doing BBQ. Whether it’s classic or “modernist” BBQ, I’m just glad to live in the Mecca of BBQ, Austin, Texas. 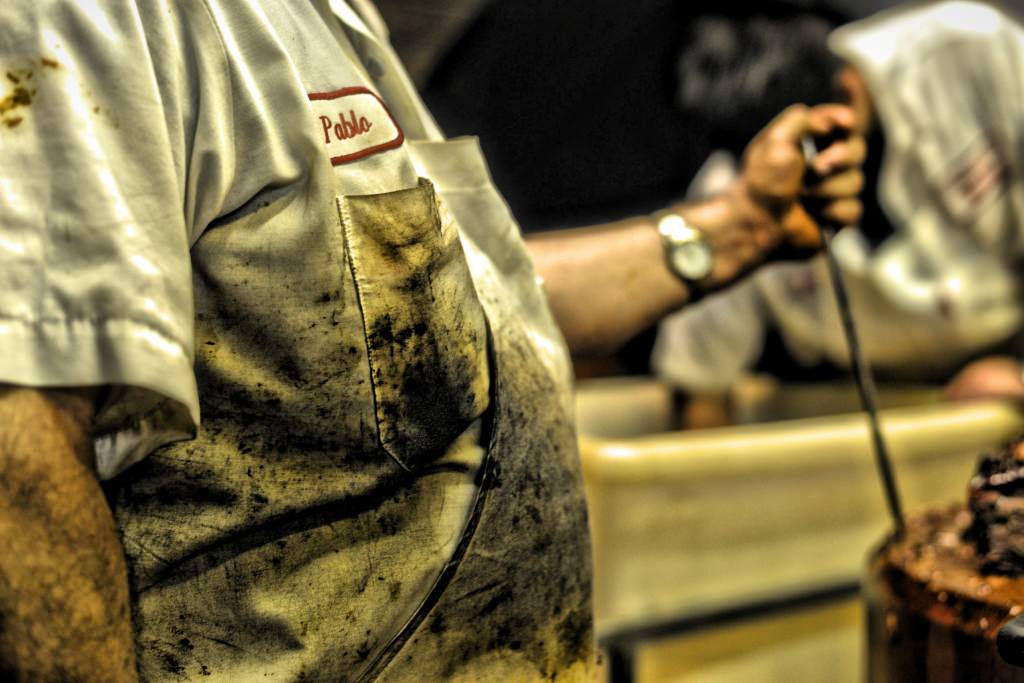 Q: What would your last meal on earth be and why?

A: That’s a tough one. BBQ wise, a few slices of fatty brisket from La BBQ or Franklin’s, two spares from Snow’s, two baby backs from Opie’s or Stanley’s, jalapeno/cheddar sausage from Hays Co BBQ or Kreuz, one beef short rib from Pecan Lodge or Louie Mueller, homemade pecan pie and sweet tea w/ lemon. Why? Because they’re all damn good. 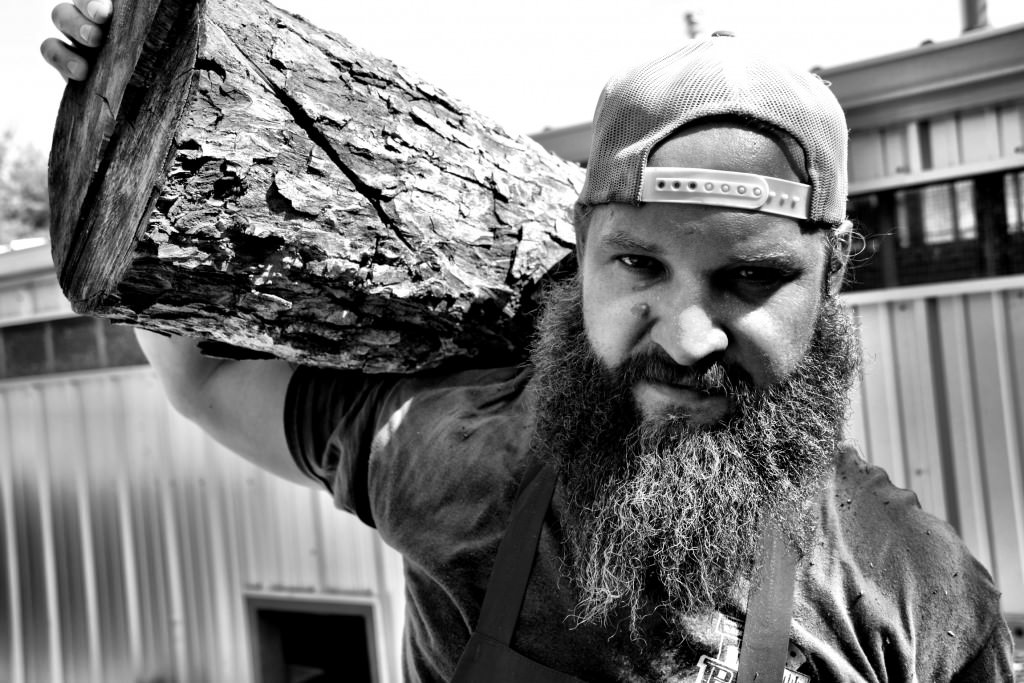 Q: What’s next in the world of Robert J. Lerma photography?

A: That’s a great question. I’d like to continue shooting Texas BBQ. I’d also like to shoot other styles and regions, such as Kansas City, St. Louis, Memphis, Georgia and The Carolinas. Maybe one of these days I’ll see about putting together a book. Who knows really? I’m open to anything. I recently did a BBQ themed engagement shoot for a pitmaster friend, which actually was pretty cool.