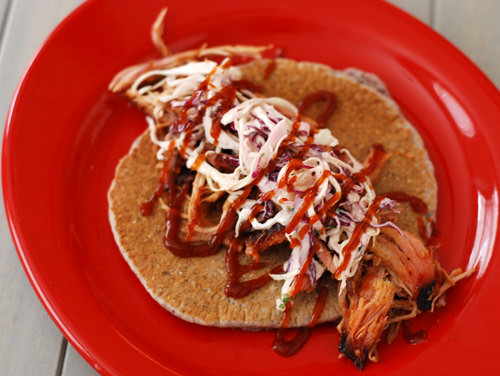 Here is a guest blog post from my good friend and uber talented cook, Chris Grove from Nibble Me This. Check out his site for more delectable dishes and recipe inspiration.

“I often make day trips to Nashville for work. When I do, I always try to arrange for lunch to be at Martin’s Bar-B-Que Joint in nearby Nolensville.

Martin’s is relatively “new” in terms of barbecue joints, some of which are generations old. But Pat Martin has wasted no time in establishing Martin’s as a premier BBQ restaurant. They have done that by smoking great BBQ day in day out, even going whole hog. (Click for video of Martin’s featured on Diners, Drive Ins and Dives)

One of the great things on their menu is the Redneck Taco. It is a corn cake, topped with pulled pork, slaw and bbq sauce. A couple of weekends ago, I decided to make my own version of the redneck taco. 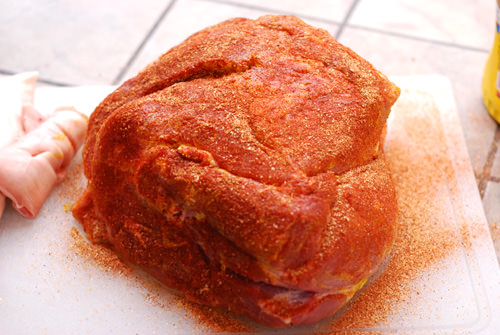 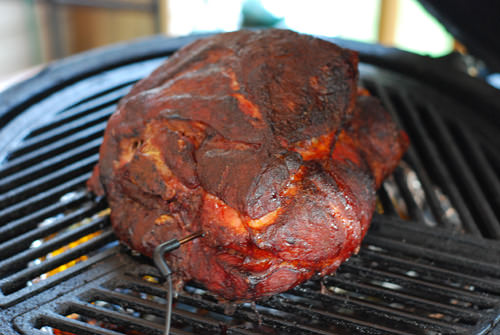 Smoked it on my Big Green Egg at 250f until it was tender at about 197f internal. Normally this takes me a little over 1 hour per pound but this time it ran 17 hours and 45 minutes. BBQ is funny that way.

I wrapped it in foil and stuck it in an empty cooler for 2 hours to rest. Then I pulled it and gave it a slight chop. 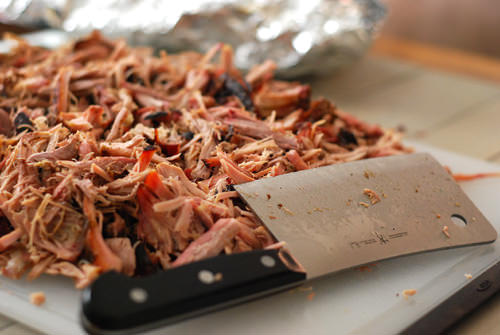 The Slaw
Instead of going with a traditional slaw, I made a fajita slaw that turned out quite good for something different. 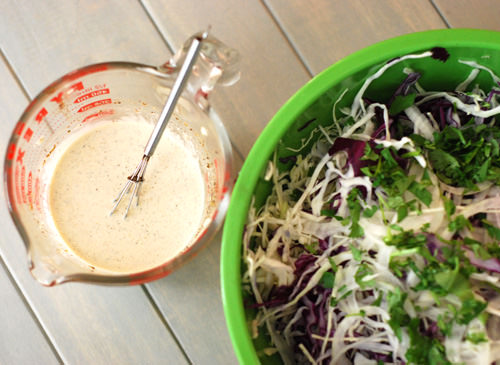 Instructions
Whisk together the mayo, vinegar, and seasonings.
Toss the veggies together and coat with the dressing. I like to let it sit for at least a few hours.

The Corn Cake
Pat said to just take cornbread batter and cook it like a pancake. I wanted to do something a little different so Alexis made blue corn cakes

using this recipe. I like blue corn nachos but wasn’t sure how a blue corn cake would work but it was ideal for this taco. Alexis said that they would also be great making silver dollar pancakes for “slider sized” mini tacos for a taco bar at a party.

The BBQ Sauce
I was lazy and used a jarred sauce. I went with Weber’s Kick’n Spicy BBQ Sauce and it worked well.

As you can see, I didn’t pile mine as full as Martin’s does and we were still STUFFED after eating just one.” 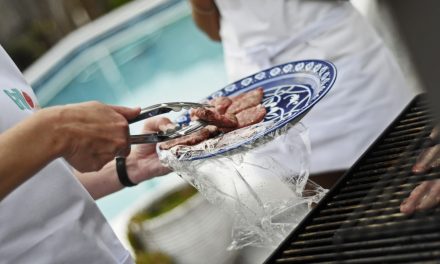 Grilling 101: How to Prep Your Grill for Summer Grilling Season 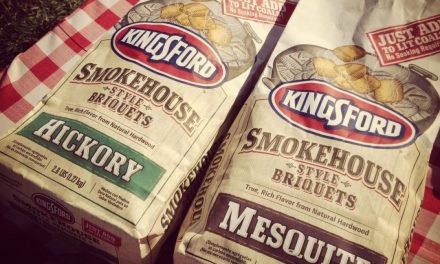 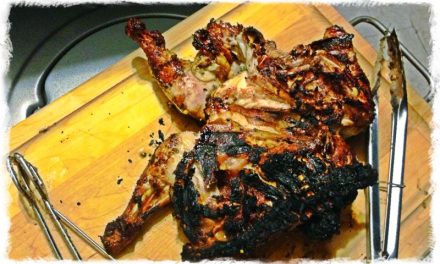