by Robyn | Hot and Spicy!, Pork and Italian Sausage, Recipes 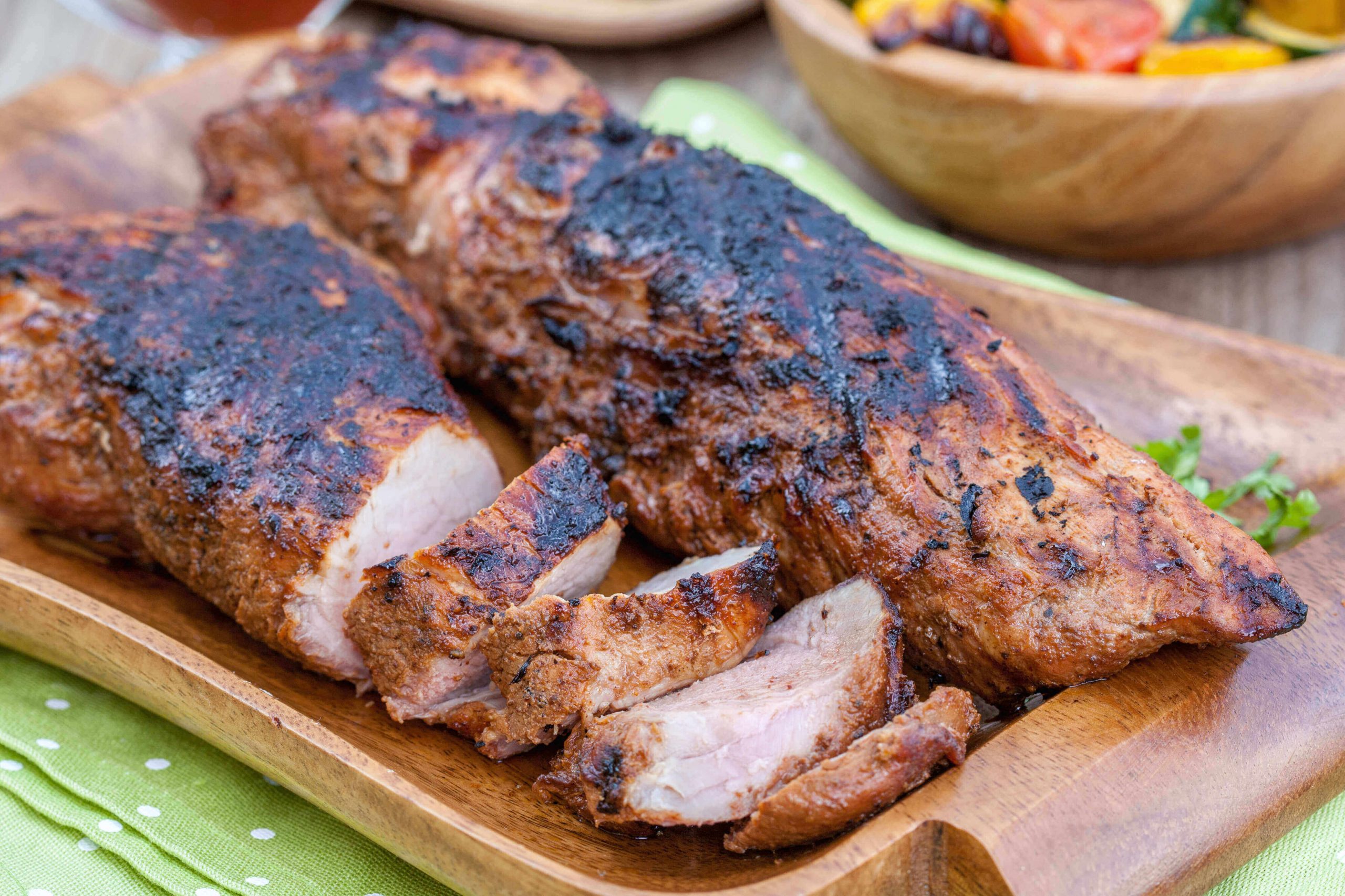 My friend Melissa Horwitz brought this pork tenderloin to a regatta after party and I knew I had to try it! The spices are warm and inviting and complement each other perfectly, like a Jamaican curry. This recipe originally came from Epicurious and was meant for the oven and I have adapted it to the grill and changed a few ingredients. The recipe is in two parts, the spice rub and the glaze that goes on at the end that caramelizes on the grill.

Pork Tenderloin is one of the most versatile lean proteins out there and one of the cuts I developed a lot of recipes for earlier on in my blogging career. Pork is a versatile, adaptable and affordable protein and has always been at the top of my list when looking for something that is a universal crowd pleaser since it is easy to cook and turns out amazing on the grill. 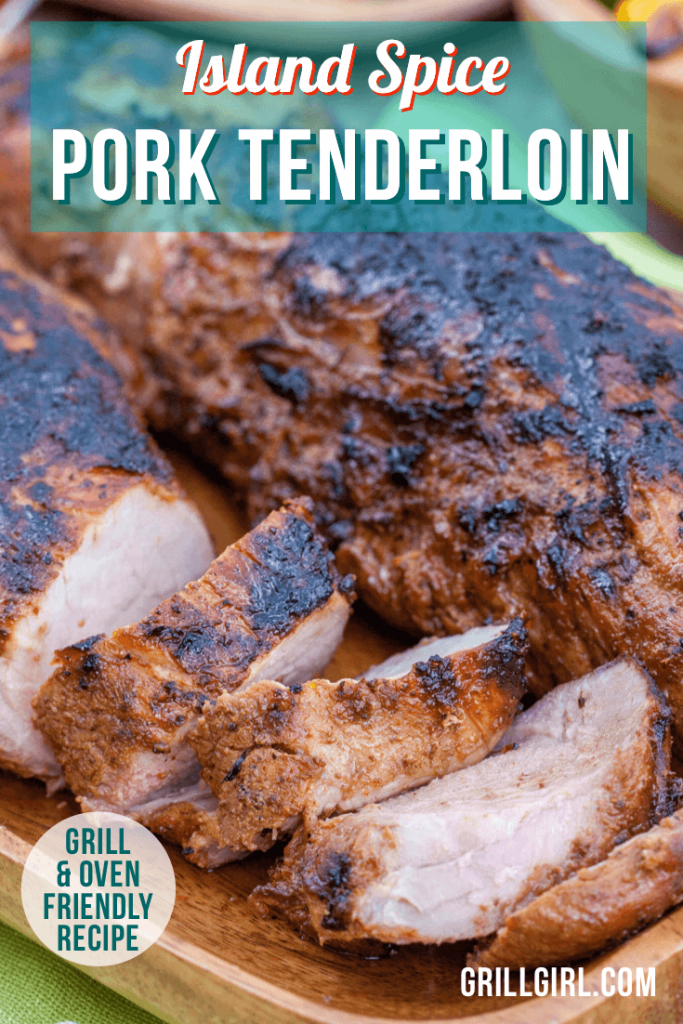 If you are looking for inspiration I encourage you to also check out my Apricot Ginger grilled pork tenderloin as it’s also a winner! If you do try this recipe, don’t forget to tag me on insta @grillgirlrobyn so I can see how it turned out!

Warming spices like cumin and cinnamon transport you to the islands without having to leave your kitchen with this easy grilled or cast iron pan /oven cooked pork tenderloin.

You will be using the indirect and direct cooking method to cook this pork tenderloin. You are essentially going to “bake” in your grill much like you would in the oven, and then finish the pork on direct heat at the end to achieve nice char marks. By searing the meat at the end and not the beginning, we are using what is called the “reverse sear method”. This tends to leave the meat more juicy than searing in the beginning.

Create a direct and indirect grilling zone. You want your grill temperature to be at 350 degrees- one or two burners on and one off (where you will place the meat). On a charcoal grill, your coals will be moved to one side and you will have the pork on the side without coals.

Cook the pork tenderloin on a well oiled grill on the indirect side until the internal temperature reaches 140 degrees (this will take approximately 20 to 25 minutes). Next, grill the pork on direct heat for 3 minutes each side until it obtains nice char marks.

Tent under foil for 10 minutes so juices can reabsorb for serving. I paired mine with a nice big salad and texas toast. This is also wonderful sliced and put on Hawaiian king rolls for mini- sandwiches that can be topped with a tropical cole slaw. My chipotle cilantro coleslaw pairs well with this dish!

If you liked this recipe, check out my other pork tenderloin recipes!