“Scoring Q and Drinking Brew” By Blake Marcum; Part One The Ancillary Category 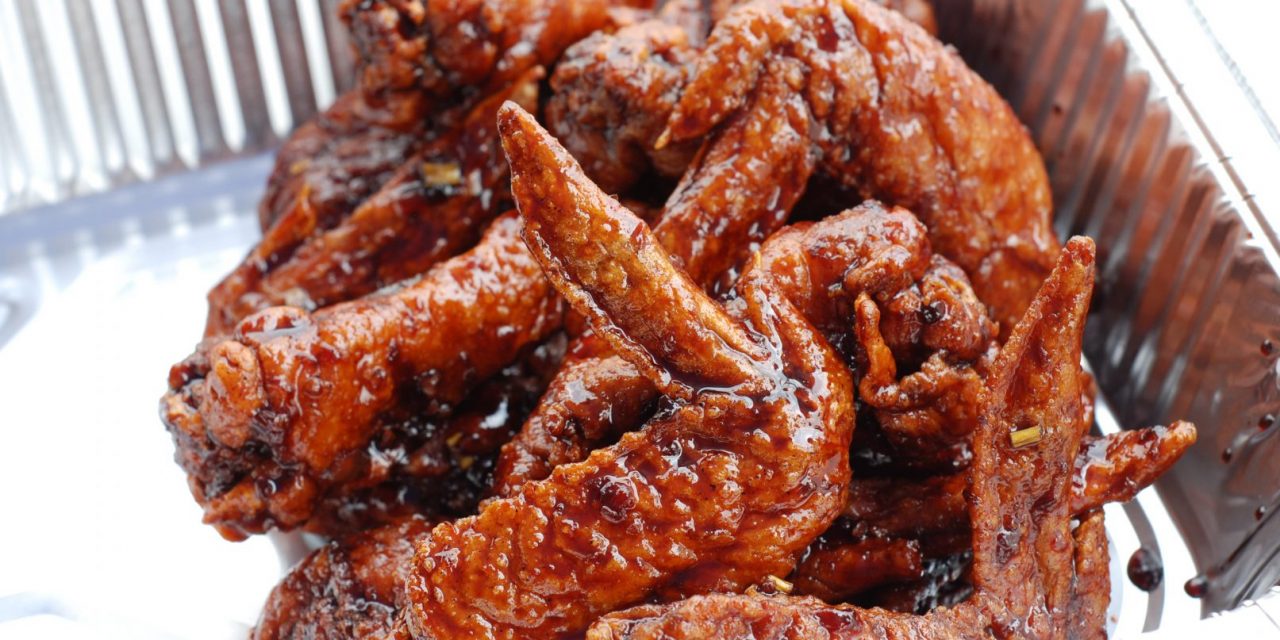 Blake Marcum and I know each other through the Too Sauced To Pork Competition BBQ team where I am a member, and I’ve been bugging him about contributing to GrillGrrrl.com for a while because he really knows his ‘Q. He’s also a certified BBQ Judge with the Memphis BBQ Network so I knew he’d give a great viewpoint to all of us who are learning more about Competition BBQ. Blake has begun a series on BBQ Judging and what it entails called: “Scoring Q and Drinking Brew”. Thanks for being my newest contributor Blake! 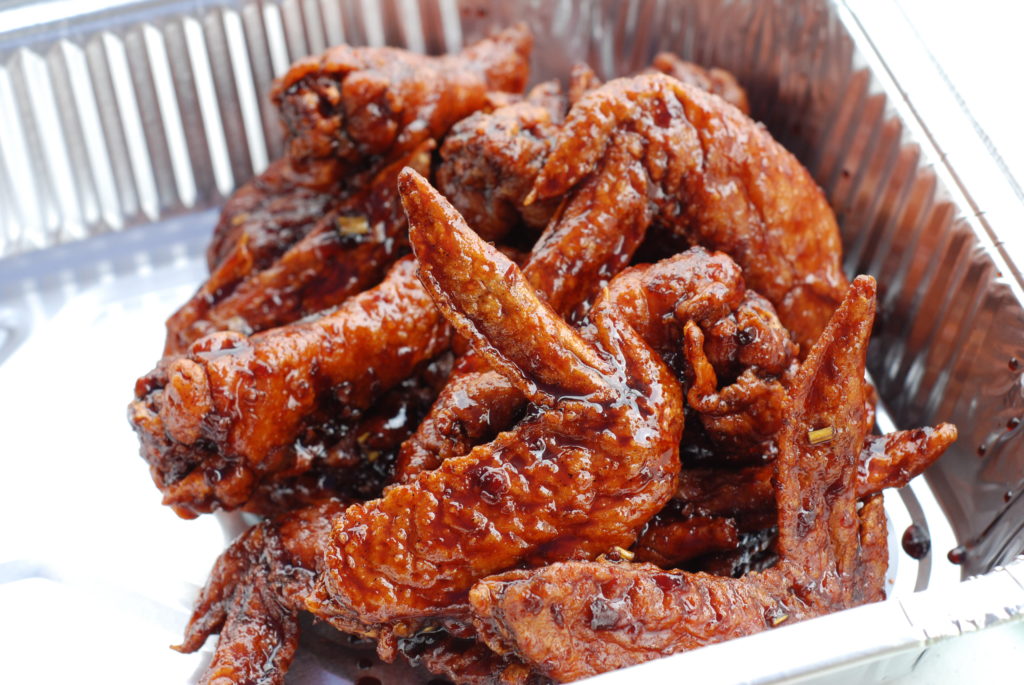 The Too Sauced Pork Team has historically always done well in the chicken wing ancillary category.

“When my friend Robyn first discussed the notion of me writing a blog for her site based on my experience on the competition BBQ circuit, both as a competitor and as a judge, I was admittedly hesitant but excited.  My writing resume had a long gap from high-school newspaper sports writer and editor to mediocre Facebook status writer.  Still, Robyn believed I had a few thoughts worth hearing about and so before we begin, you should know a little bit about me.

I’ve been cooking BBQ at Memphis in May, MBN, KCBS, and non-sanctioned cooks for 8 years.  I’ve been a certified judge for one year.  As much as I enjoy the competition side, I have found the judging side to be intoxicating and inviting to anyone who has a passion for eating wonderful (mostly) food and the ability to wake up very early on a Saturday and eat BBQ.  I

am also an avid beer lover and personal beer consultant for my friends, so I may digress to the thirst-quenching side of the BBQ world from time to time. 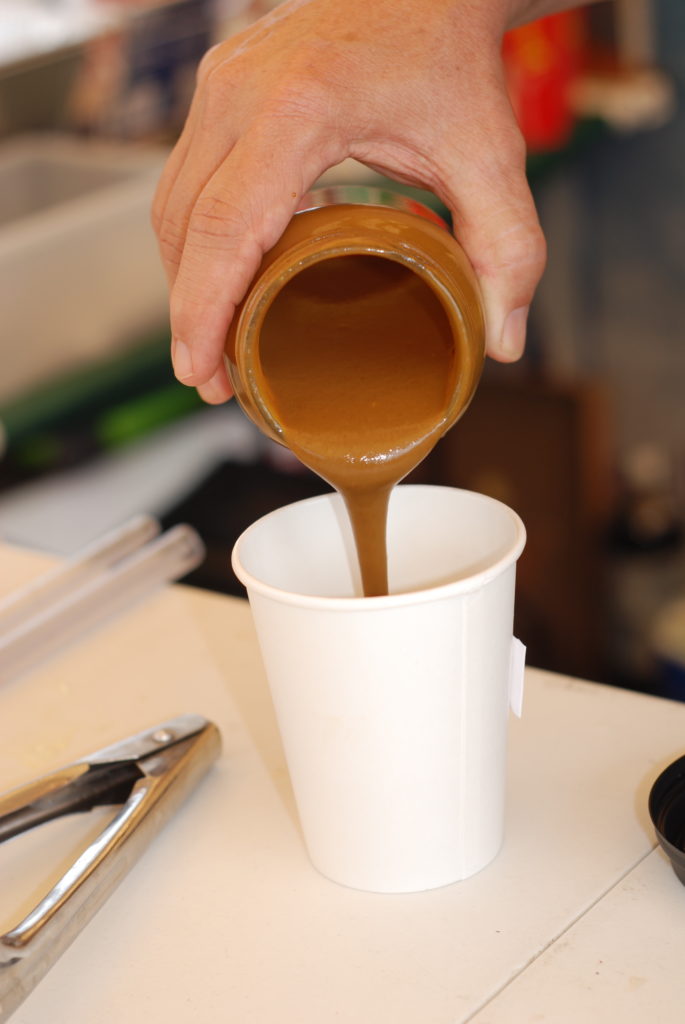 “Mustard Sauce” is one of many sauce categories in the ancillary category.

In the small farming-based community of Covington, TN that lies an hour to the north of Memphis, I experienced the lesson that all judges need to learn early on: If they have ancillary entry judging on Friday night, you should be there.  Many of you are asking yourselves, “What is an ancillary?” (Ancillary: 1. Subordinate – in a position of lesser importance 2. Providing support – providing support for somebody or something, e.g. nontechnical assistance to people who work in an industry or profession 3.THE BEST FREAKING CATEGORIES TO JUDGE)

In the BBQ competition landscape, ancillaries are largely viewed as the ones you give to your lesser team members so that they can cook something and get to compete.  This is completely false.  Ancillaries are a creative venue for some of the best cooks to try their grit against great competition without the restrictions, time, and financial commitment of cooking pork on Saturday.  These categories are not going to win the top prizes, but they can provide as much or more competitive fires as the “bigger” categories.  My former team, Too Sauced To Pork, utilized ancillaries to get everyone involved and created a name for themselves on the competition circuit for winning in ancillaries.

Ancillary categories available to judge vary from competition to competition.  The categories you see mostly are hot wings, beef, poultry, sauce, seafood, beans, and dessert.  Some competitions have special ancillaries like whole goat, margaritas, fruit pies, etc…  I only judge competitions where they have ancillary judging available.  Though I still love them, I’m rarely blown away by ribs, shoulder, and whole hog.  It’s the shrimp and grits, beef tenderloin, and rattlesnake tacos I want to judge!

My 2nd place win at Memphis in May 2012 for tomato-based BBQ sauce was an ancillary win that I’m very proud of.  My sauce’s flavor and spice profile was inspired by the sauce used by hot wing master Danny Zellers from the Too Sauced To Pork BBQ team.  In ancillaries, creativity inspires creativity which can produce tasty results for the judges.

Another great benefit of judging ancillaries is that most competitions have some sort of entertainment available on Friday night when you are finished judging.  Many have concerts, fairs, and even non-cooking competitions.  I’ve seen keg-tossing, jalapeño eating, and goat-pulled chariot races.  In Covington, TN they have a demolition derby Friday night which is a CAN’T MISS event.  The smell of BBQ and the sight of people bashing cars into each other in a pit filled with mud warmed my heart.

It is very hard to talk BBQ without talking about that heavenly nectar of goodness, so let’s talk beer.  Most competitions are pretty liberal on Friday judging and beer consumption.  They want judges to be as alert as possible during judging of the entries and will provide water, but they usually don’t mind if you have a beer while waiting for the next turn-in time to arrive.

For those judges looking to quench your thirst with more than water, I’m always going to suggest you go with the cheaper less flavored stuff.  A simple Bud Light, Miller Lite, or Coors Light will take care of your thirst and not alter your taste buds too much as long as you don’t overdo it.  Drinking a darker beer with more sugar content could alter your taste buds drastically and alter your ability to judge correctly.

After judging ancillaries, a good idea is to walk around and talk to some of the teams.  Ask if they entered into any ancillaries, talk generally about your judging that evening, ask them about what they are competing in the next day, their smoker, etc…  Usually during these conversations, teams love to give judges a beer and something to eat.  Enjoy their hospitality and be a gracious guest, but remember to take it easy.  Judging check-in on Saturday comes awfully early for a hung-over judge.

If you have any questions, ideas you would like me to write about, or comments, feel free to email me at ScoringQ@gmail.com 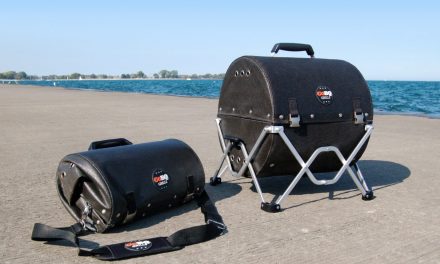 Grill Review: The GoBQ, Portable Grill That Is Durable & Foldable 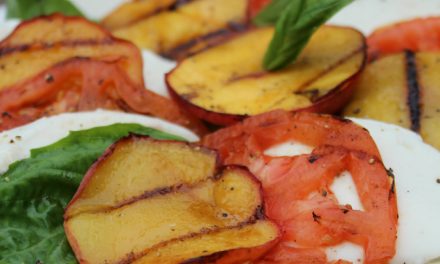 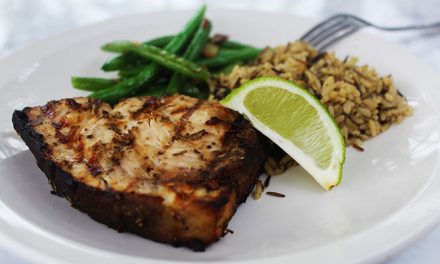 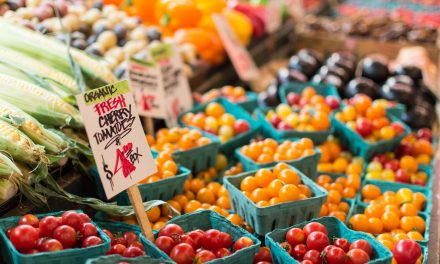 Does Buying Organic Really Matter? What is the “Dirty Dozen” list?