Grilling Is Happiness: Ty Pennington, George Hirsch, Perry Perkins and I Grill Up Some Fun at Ribfest 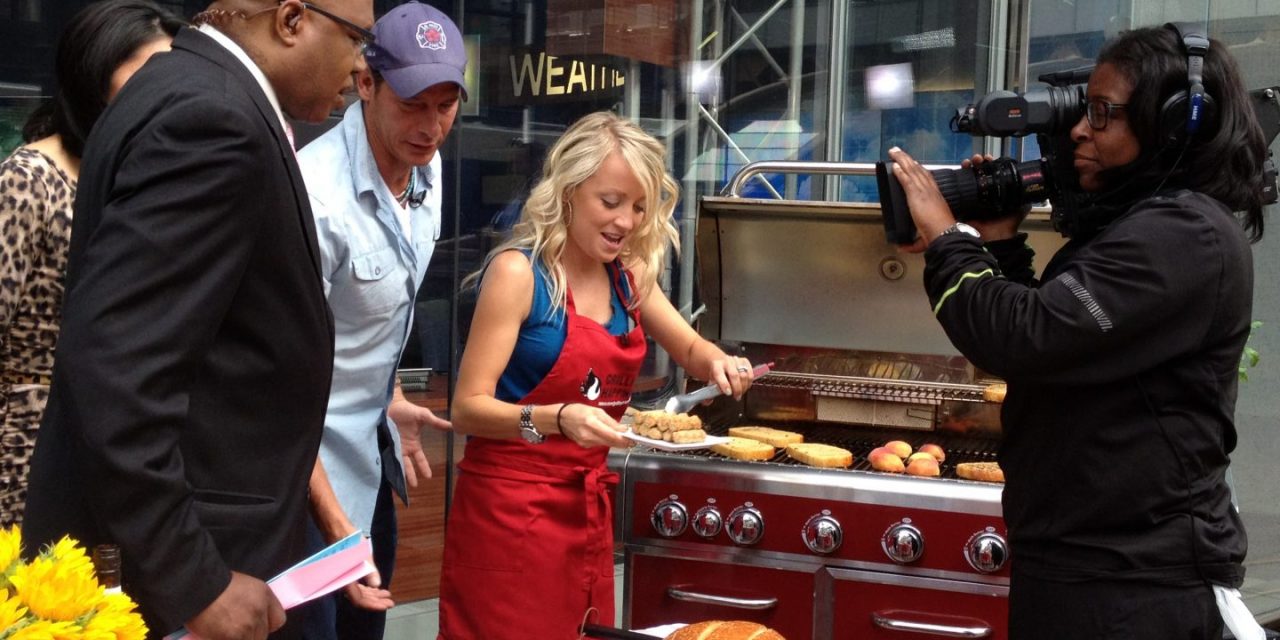 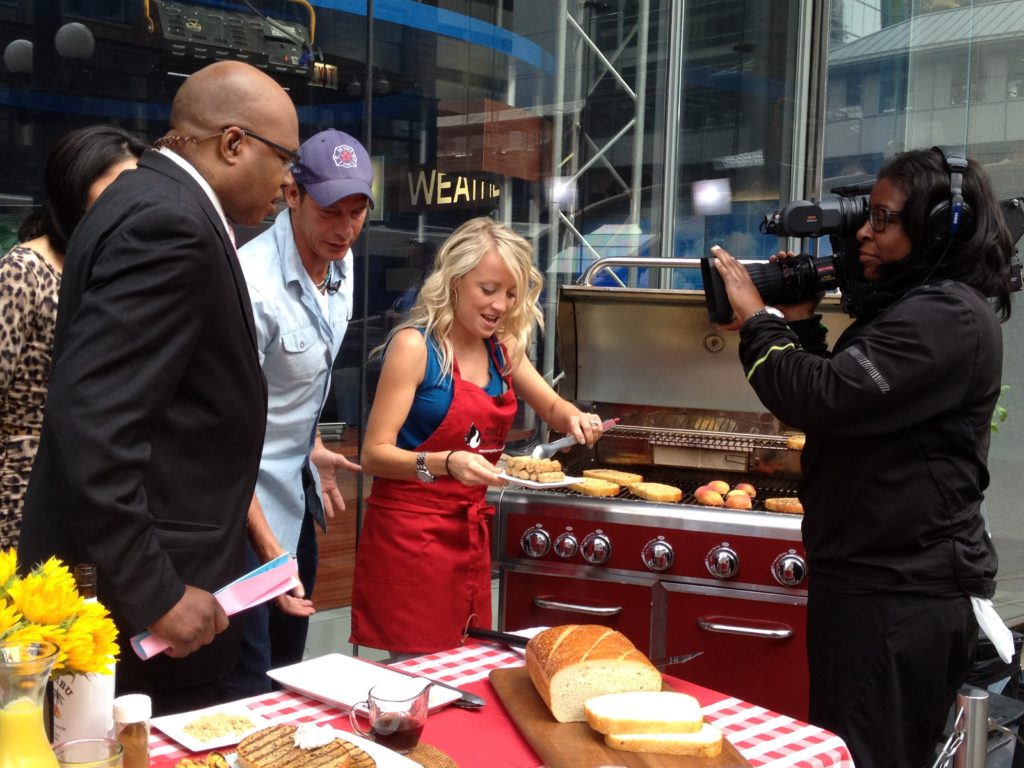 I grill coconut rum french toast alongside Ty Pennington on Chicago’s ABC 7 in preparation for our event at the #grillingishappiness tent at Ribfest.

In my book, grilling is happiness. I’m the happiest when outside by my grill, spending time outside, making something tasty on the grill. Sears has started a new site called grillingishappiness.com and I couldn’t think of a more perfect name to describe a site dedicated to grilling recipes, entertaining ideas, and outdoor cooking techniques. I’m just one of the many bloggers contributing to this grilling community, where you can find viewpoints from accomplished chefs, BBQ lovers, backyard warriors, and even a nutritionist. 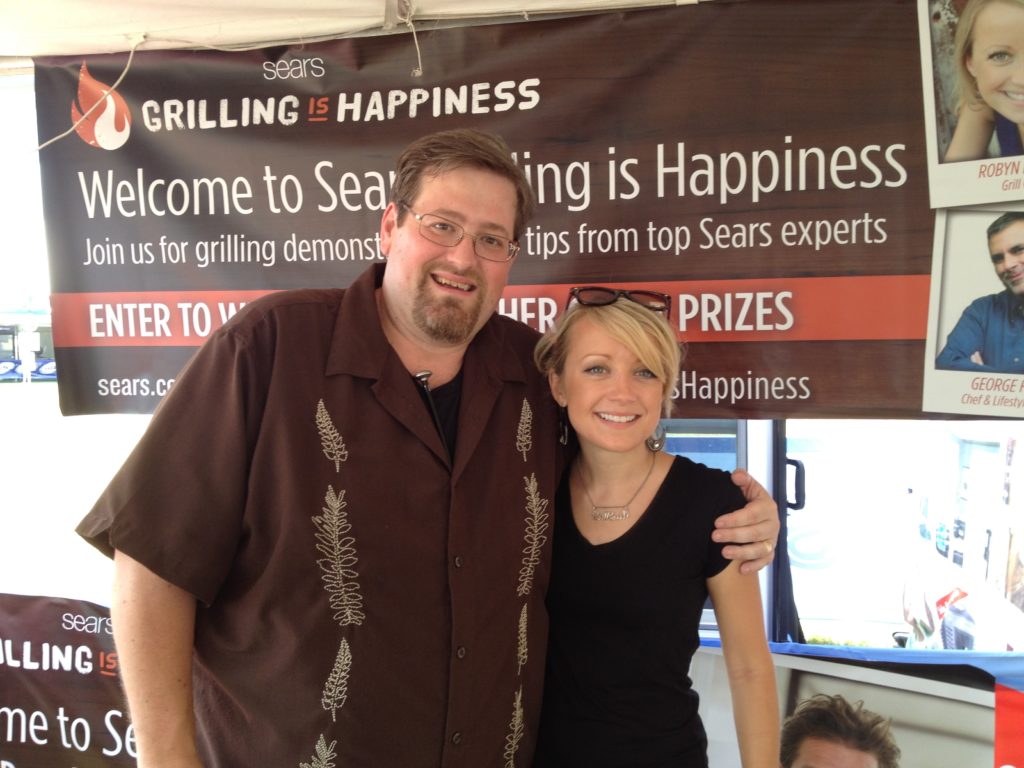 I pose with my buddy Perry before we get ready to do our grilling demos.

It was as part of the Sears Grilling is Happiness team that I did a grilling demo, alongside Chef George Hirsch and Perry Perkins, at Ribfest, one of greater Chicago’s biggest foodie events. The main attraction, aside from the  lovely  Kenmore grills and our awesome recipes, was none other than Ty Pennington. 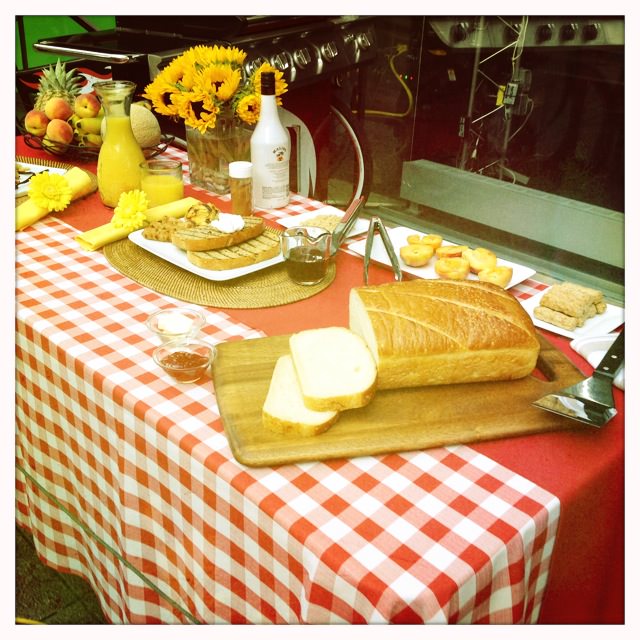 He and I did a grilling demo on ABC7 to plug the event, where I grilled Coconut Rum French Toast. It seemed only fitting for a morning segment. 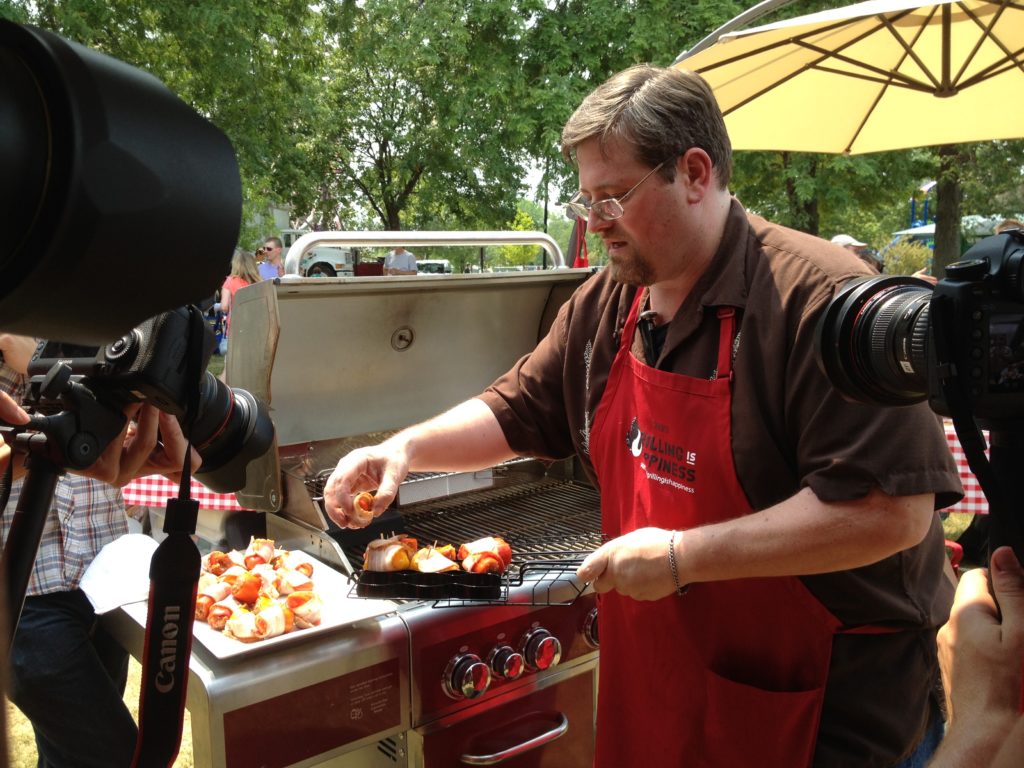 George Hirsch did a Ginger Shrimp and Pork with Chinese Vermicelli, made all on the grill. Perry Perkins, from Burnin Love BBQ, did “Dragon Claws”, which are chorizo stuffed peppers wrapped in bacon. I did my BBQ sauce lovers Grilled BBQ Chicken pizza which I thought was fitting for a BBQ festival.

If you are looking for Grilling inspiration, check out the Grillingishappiness site– there’s a little something for everyone there! In addition, you can enter to win a grill and other fabulous prizes! Get your grill on! 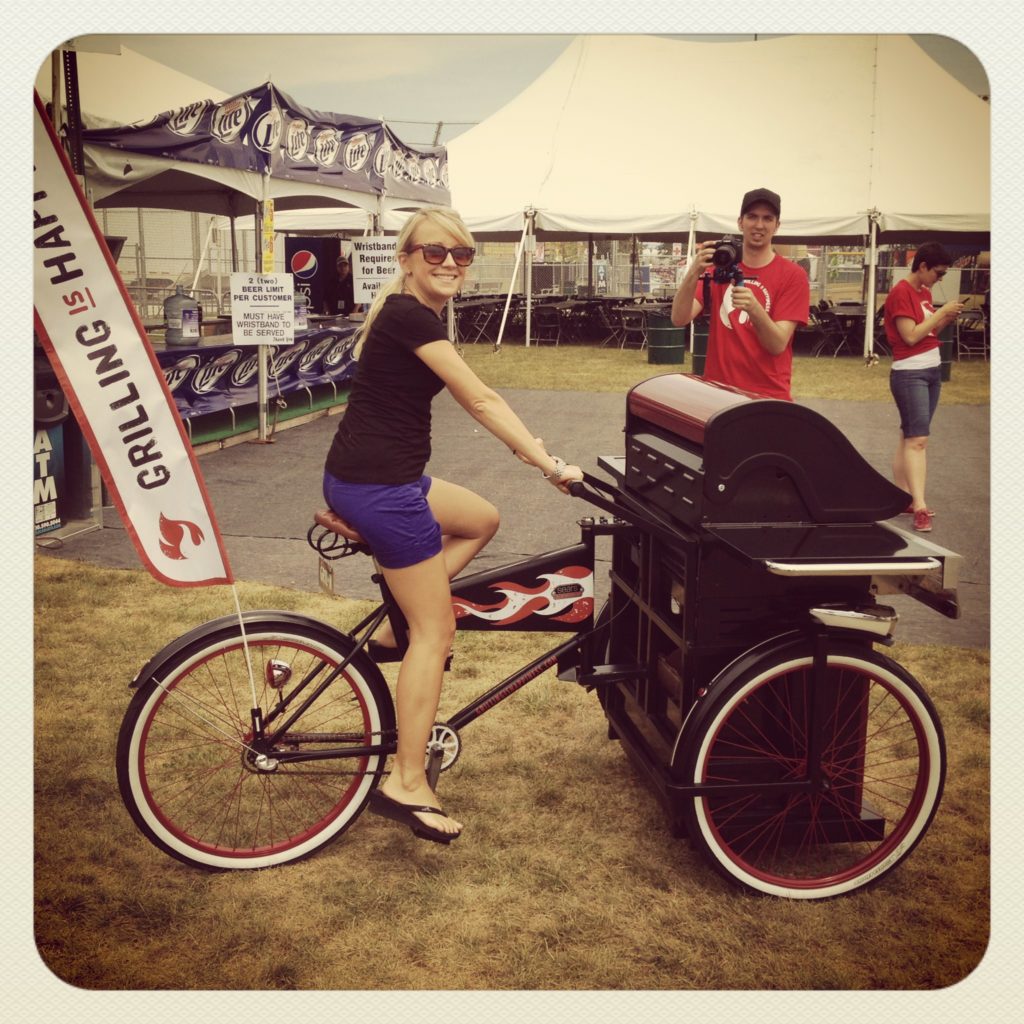 I test drive the Sears GrillingisHappiness “mobile grilling unit”. How cool is that- a grill on a bike! 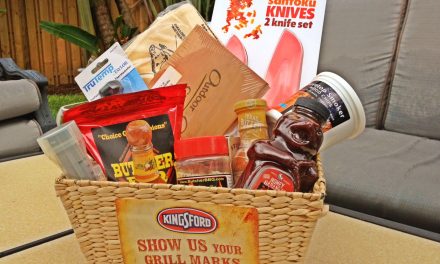 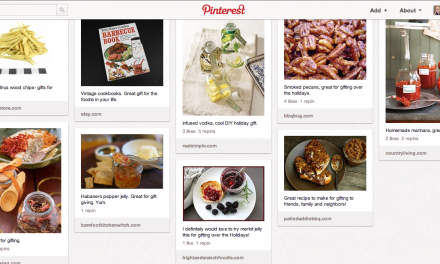