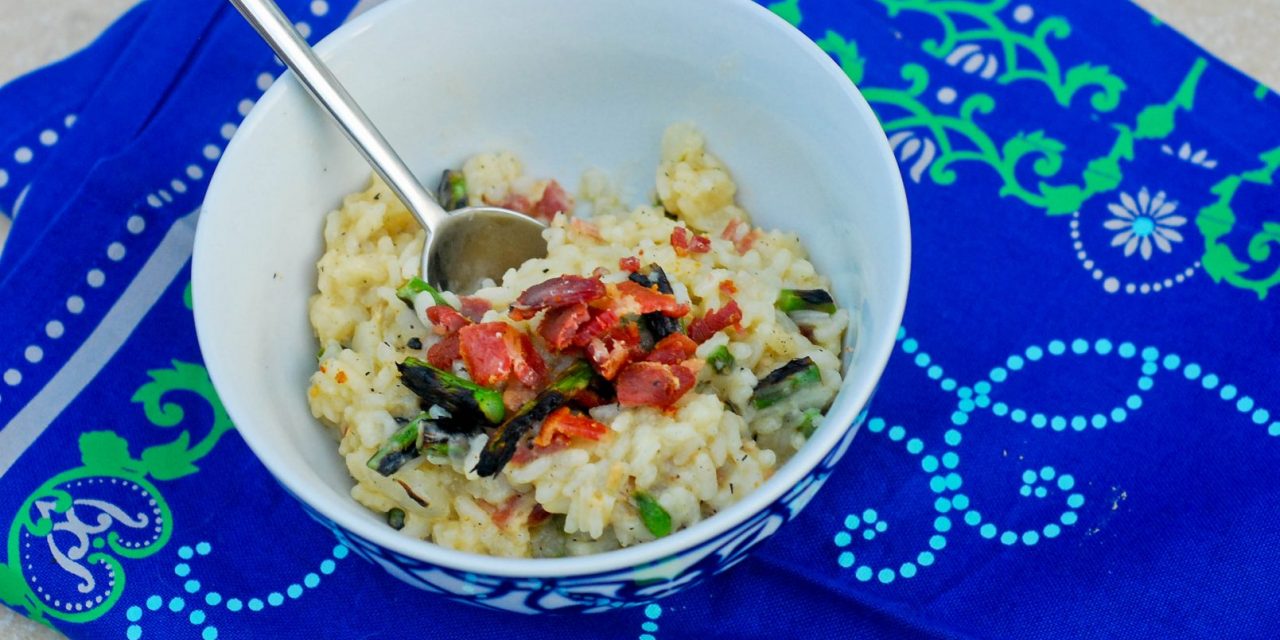 I really love risotto. I try to stay away from carbs, but risotto is my weakness. I don’t make pasta dishes very often, but when I do I make the calories worthwhile. I made this risotto dish for Scott’s birthday and it did not disappoint. Originally, I wanted to make this with pancetta, ie: Italian bacon, but couldn’t find any at the store so I settled for plain old American bacon.

I added the grilled asparagus because I wanted a crisp, green contrast to the bacon. Grilling the asparagus added a nice smokiness as well. Bacon and asparagus have always been a good flavor combo for me- check out my grilled bacon wrapped asparagus recipe. Any other green veggie like baby arugula or watercress would be great as well.

This risotto has a generous amount of butter, bacon and even cream cheese so when I say this is a guilty pleasure, I mean it! Go big or go home!

The cream cheese adds even more creaminess to the recipe and cuts the saltiness of the bacon.

Grill the asparagus until char marks form. Cook bacon until crispy. (I grilled the bacon in a skillet on the grill but this can be done wherever it makes sense for you).

Risotto: Saute onion in oil and butter for 3 minutes. Add the rice, stirring for about 2 minutes until is covered in the oil/butter mixture. Stir in one cup of broth and let the rice absorb (I kept the pot on medium for a slow simmer). Continue cooking and stirring until liquid is absorbed before adding the next cup. Cook until all the stock has been used and the risotto has reached a creamy, starchy consistency.

Next, chop the asparagus stalks and bacon into small pieces. Reserve 1/4 cup of chopped bacon for garnish. Mix in the asparagus, bacon and cream cheese. When serving, garnish on the top with remaining bacon.

Season with salt and pepper to taste. 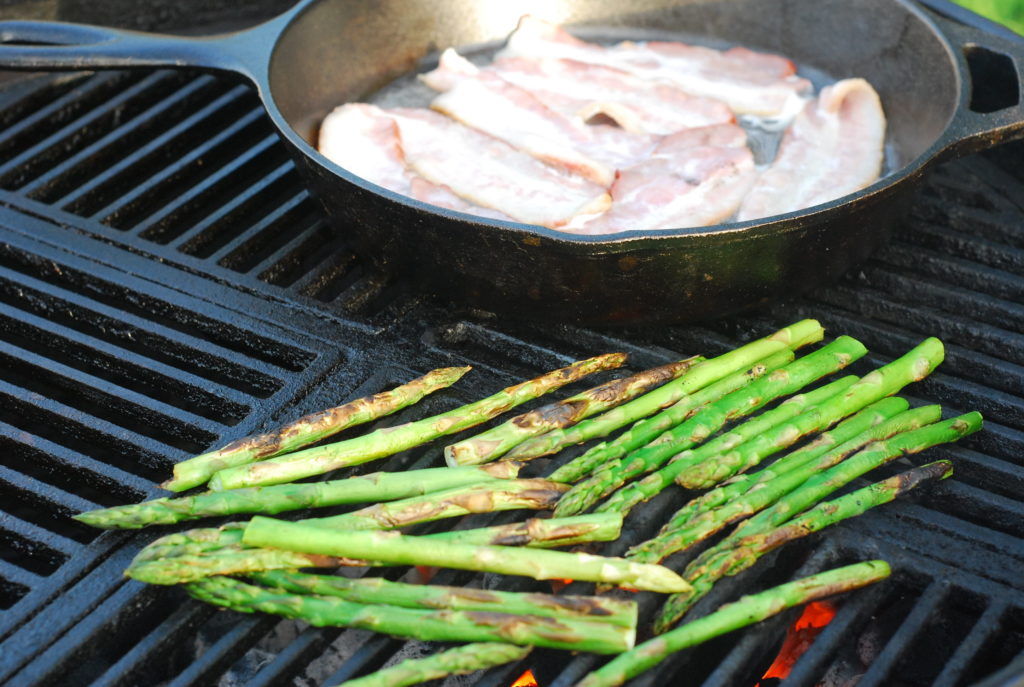 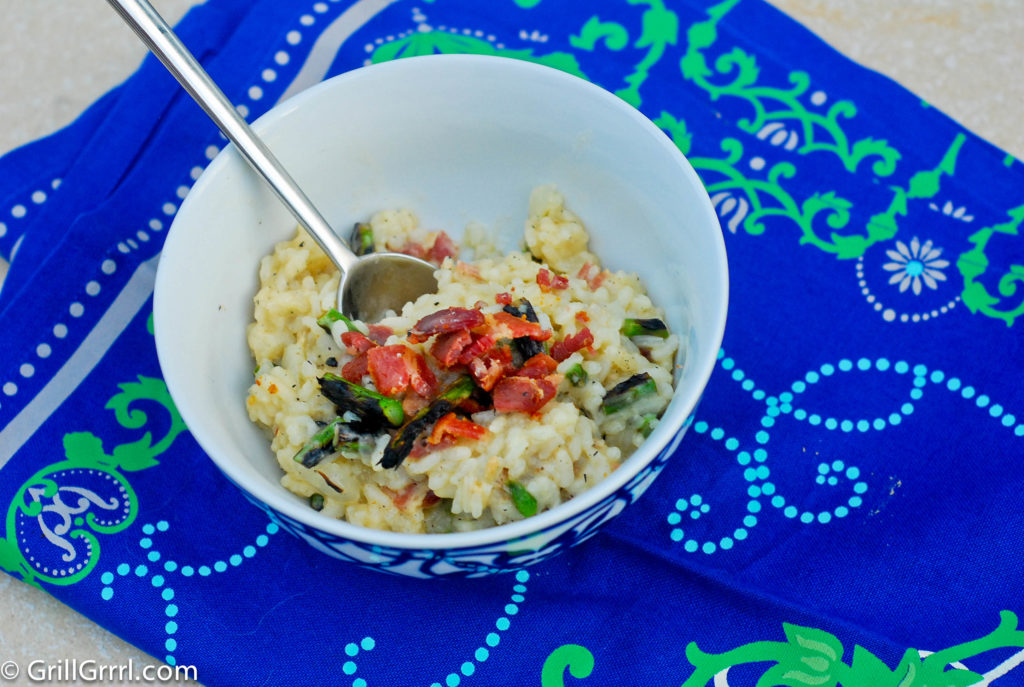 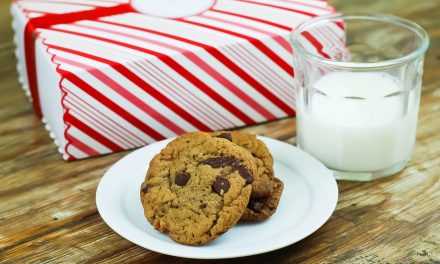 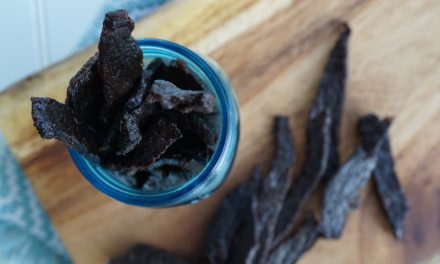 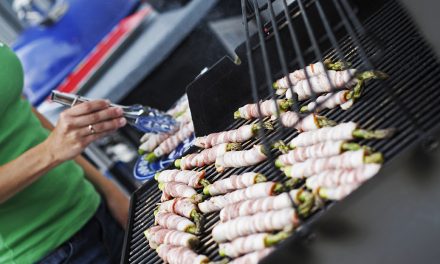