by Robyn | Dessert on the Grill, Recipes 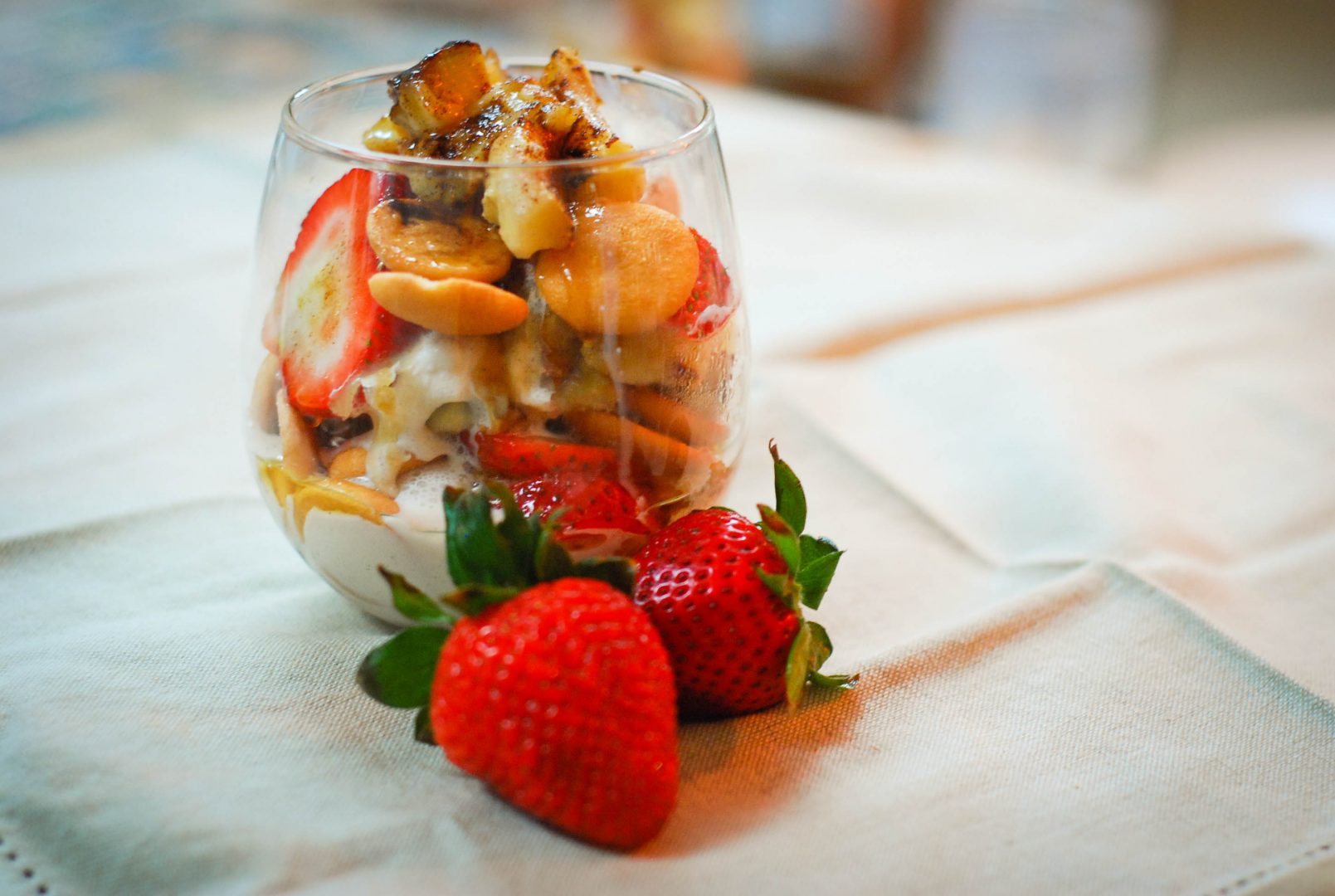 You all know I love to make desserts on the grill! In this banana parfait, bananas + ice cream + rum sauce = an insanely delicious dessert that you won’t even feel guilty about later!

You will be proud you licked the bowl clean and will consider a second helping! I splurged and went with the Tahitian vanilla gelato versus regular old ice cream, and that- paired with grilled bananas, ‘nilla wafers, strawberries and healthy dose of rum sauce is THE BEST! 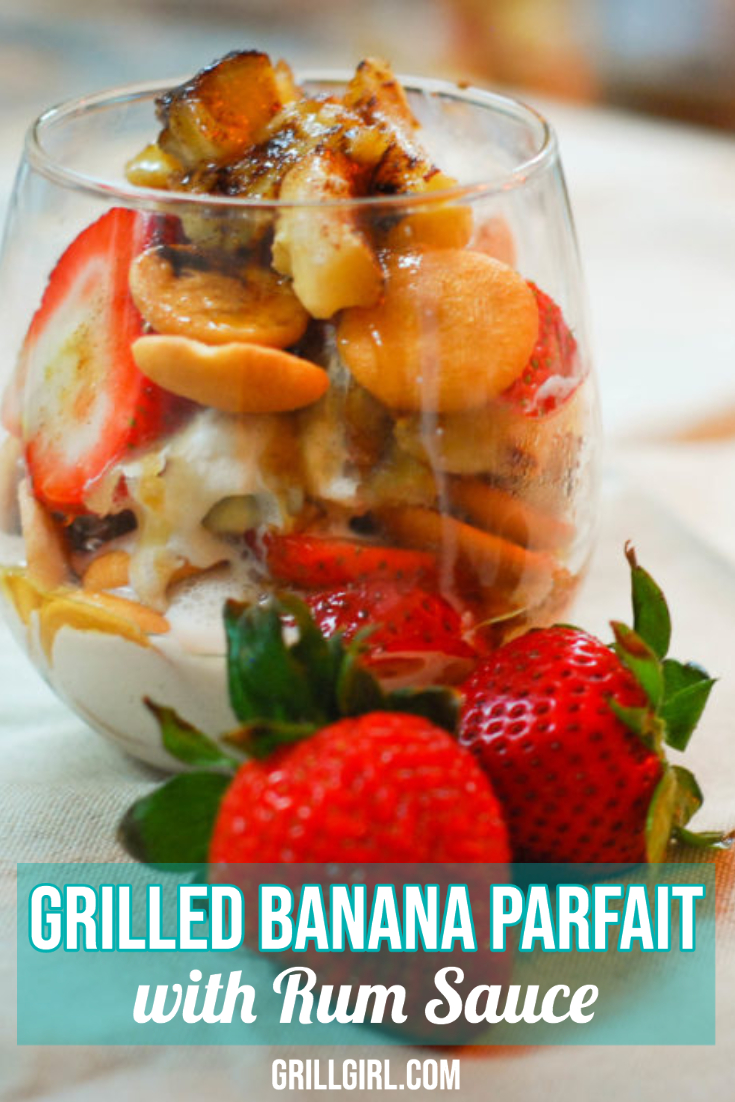 Split the bananas lengthwise with the peels on. Sprinkle with cinnamon and brown sugar. Grill on direct heat until char marks form on both sides. While grilling the bananas, put the butter, remaining brown sugar and rum in a grill friendly pot or small aluminum pan. Put the pot on indirect heat (not above the coals) and let the butter, rum and sugar mixture come to a slow boil and begin to caramelize (this will only take a few minutes). You can also make the rum mixture on the stove.

Did you enjoy this grilled banana parfait? Check out these similar desserts!