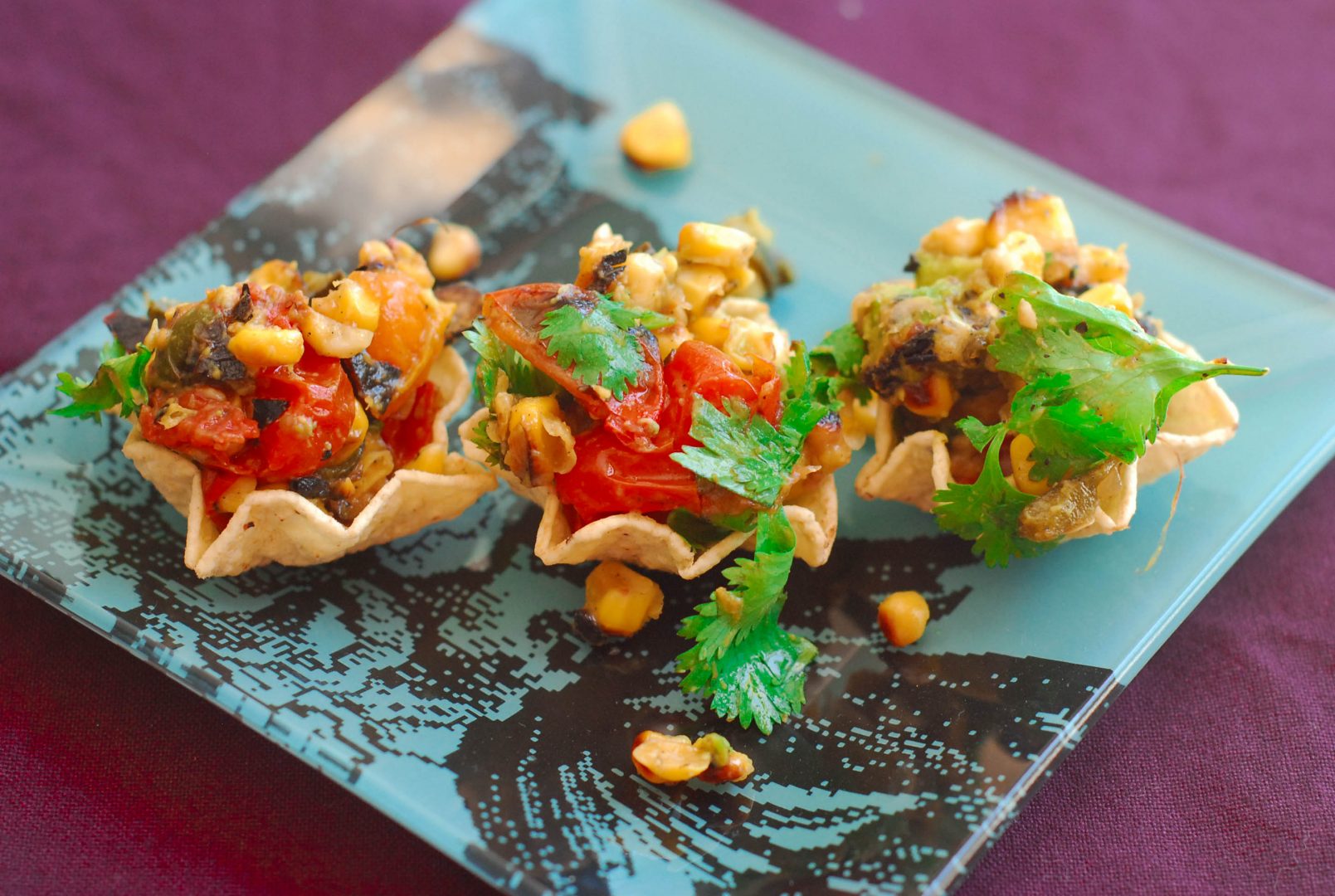 We’re getting closer to summertime and you know what that means- Corn will be in abundance everywhere! What to do with all that corn? Well, grill it of course, and then make a salsa with it! I like making grilled salsas because they are a great use of anything that’s in season and readily available at the grocery store. They’re also great to use up what you have on hand at the house. I paired the grilled corn with poblanos as they have a ton of flavor when grilled, and their flavor is complimentary to other ingredients you might want to add. I added in grilled mini peppers, onions, lime, avocado, and cherry tomatoes but go crazy with what you have on hand! Salsas are for creativity after all- add some fruit, beans- whatever tickles your fancy!

This quantities listed below makes enough as a dip for a party, and will yield enough for leftovers that are great as an addition to salads, fish and chicken. This recipe really adds nice color to anything you put on a plate!

Prepare a grill for medium high heat with two cooking zones- direct and indirect. Grill the corn on direct heat turning as the kernels develop a nice char. You will want to grill the corn for at least 15 minutes total on a direct grill to ensure all the kernels are fully cooked. Grill the poblanos, mini peppers, tomatoes (skewered), onions, avocado and limes until nice char marks form. Move to indirect heat side once they get charred enough to avoid over-cooking.

Once done, let the veggies cool enough to be handled. Chop the poblanos and mini peppers (remove stems), onions, avocado and put in a bowl. Squeeze the lime juice from the charred limes into the bowl. Slice the kernels off all the corn cobs and put in the bowl, then add the tomatoes and cilantro. Add sea salt to taste and mix until all the ingredients are combined.

Serve with your favorite tortilla chips or as a sassy garnish for your next main course! I put this on top of tilapia on a bed of arugula and it really added nice flavor to an otherwise mild white fish.

Grilled corn salsa is a colorful garnish to any dish you make that needs some extra sass! In addition, it’s a great appetizer that you don’t have to feel guilty about. These are served with baked tortilla chips. 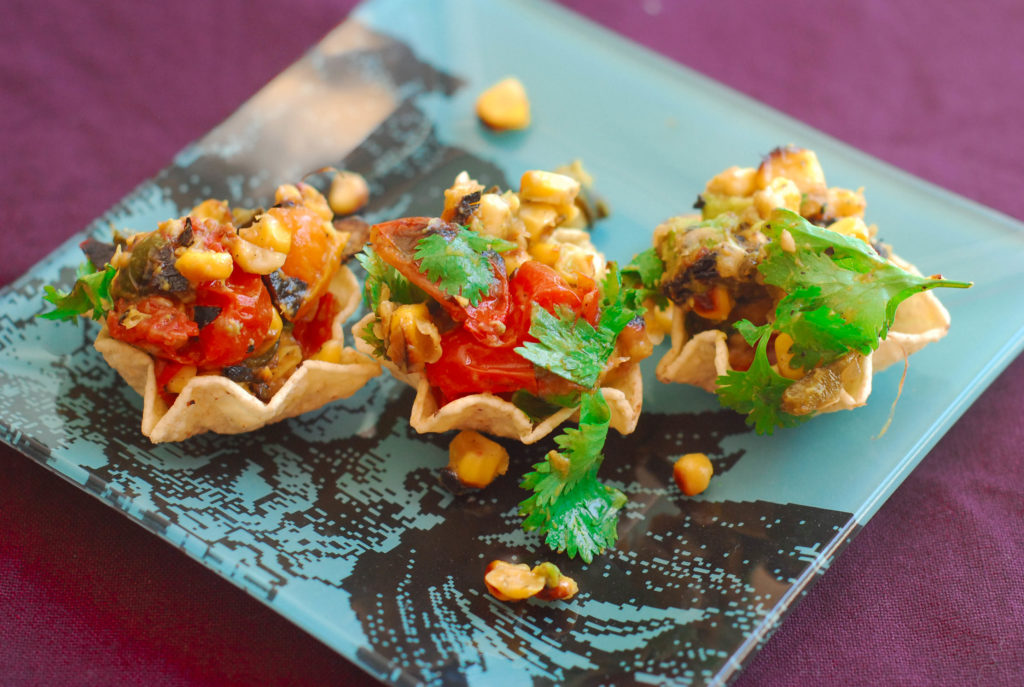 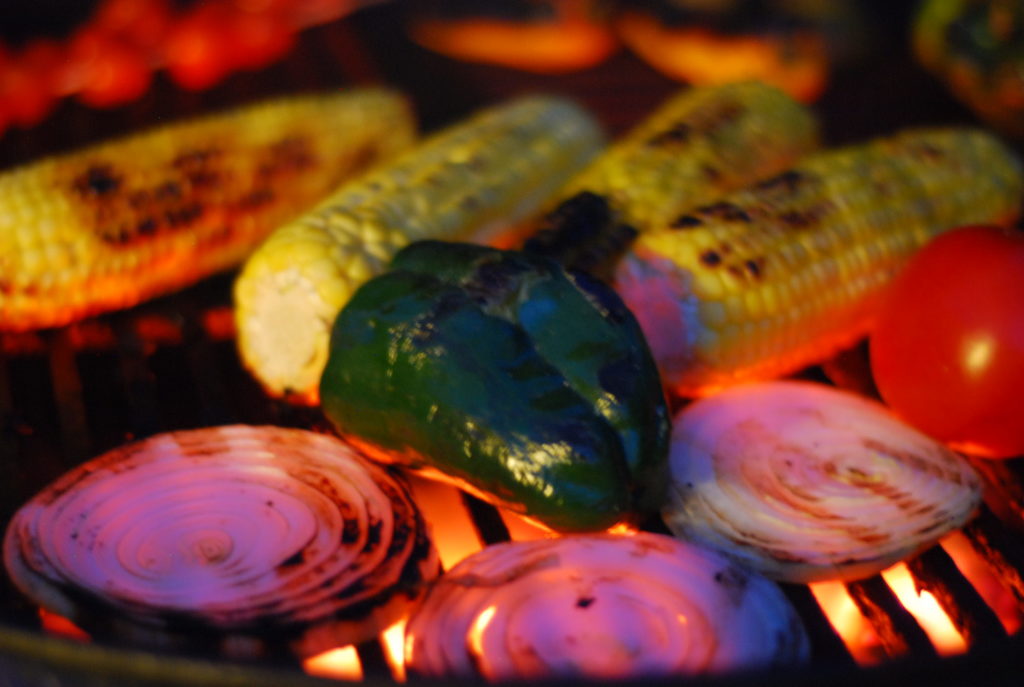 A little smoke and fire makes everything better!