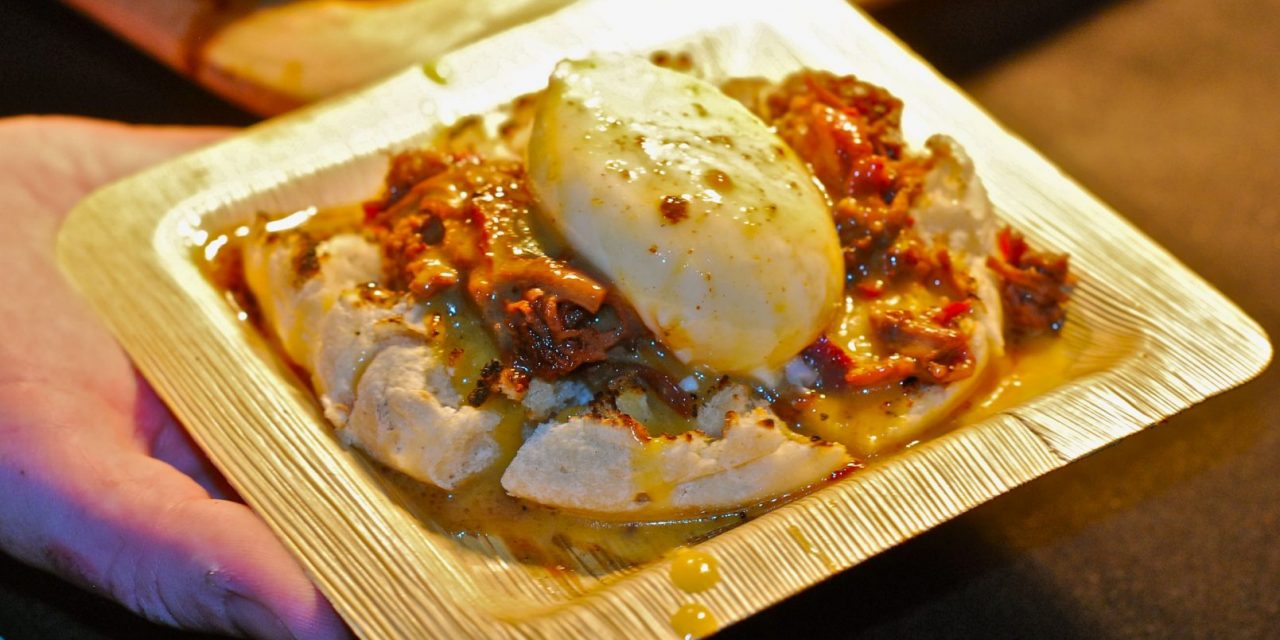 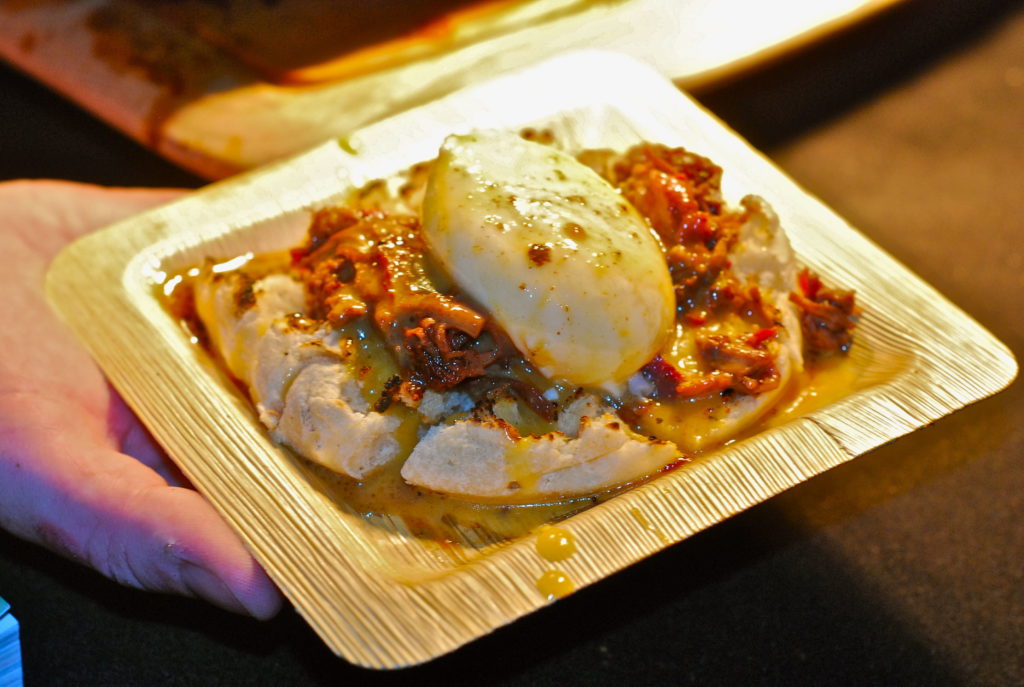 Chris Lilly’s Brisket Eggs Benedict with BBQ Hollandaise Sauce was a tasty standout amid a throng of pulled pork sandwiches.

I was lucky to get tix to the 2 BBQ events at SOBE this year so let me just tell you that I’ve had enough pulled pork to last me the next 6 months! And I’m not complaining. Amidst the two BBQ events I attended (Moet Hennessy’s “The Que” and Thrilllists’ BBQ and Blues Hosted by Micheal Symon) there were some stand out dishes among the throng of pulled pork sammies. If you are in their neck of the woods, I would def. check out these chefs restaurants!

Stephen Stryjeweski/Cochon– These guys served up a spicy boudin with dirty rice that I went back 3 separate times for! This James Beard Award Winner knows his Cajun- Southern cuisine!

Chris Lilly/Big Bob Gibson’s BBQ– we all know that eggs are a food trend this year. They are popping up ALL OVER THE PLACE. Chris and his team presented a tasty Brisket Eggs Benedict with a BBQ Hollandaise sauce. WOW. I loved this dish and it really did stand out from the collection of BBQ sammies and cole slaw! 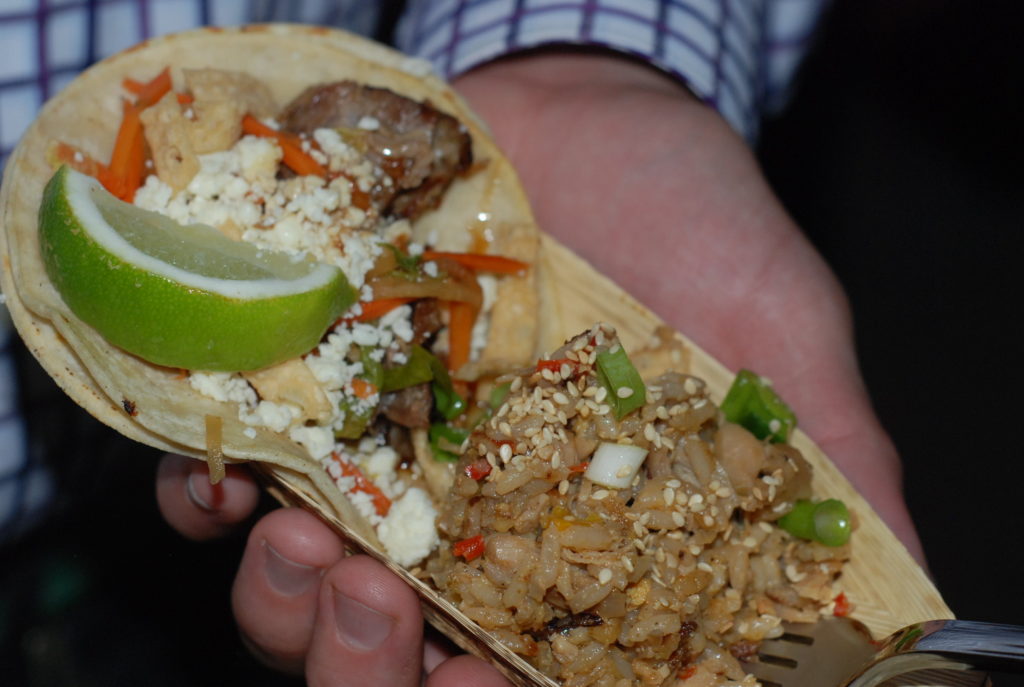 Guy Fieri’s Bahn-Mi tacos were another stand out at the 2 BBQ events.

Guy Fieri/Tex Wasabi- Guy’s banh-mi tacos were clearly a winner. Chicken fried rice served up in a tortilla with all the Bahn-Mi fixings- YUM!

Hogzilla’s BBQ– this is a new BBQ restaurant in Miami. I had not heard about them yet and saw them at the Thrill List BBQ event and their pork and coleslaw had me swooning. They had a very moist pork with fusion (thing vinegar meets Kansas city style) sauce, paired with a pickled vegetable coleslaw. I WILL be going back for more.

Paula DaSilva/1500 Degrees at the Eden Roc Hotel– You guys may remember Paula Desilva from Hell’s Kitchen, she was the runner up and made us proud down here in South Fla! Anyway, her whole roasted pig and taco bar was phenomenal. The cornbread and tomatillo jam were an added bonus. I was loving her spin on pork- tacos with cotija cheese and slaw with lime wedges. Very fresh and yummy! 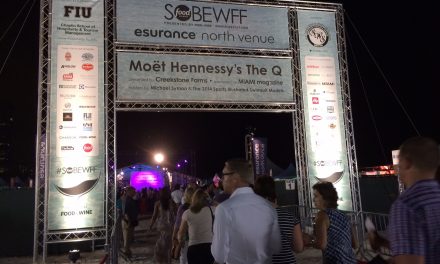 “The Que” Event at South Beach Wine and Food Fest, plus, A Festival Guide for Newbies