by Robyn | Brunch, Meal on the Grill, Recipes, Sandwiches and Sliders, Soups & Chilis, Veggies and Sides 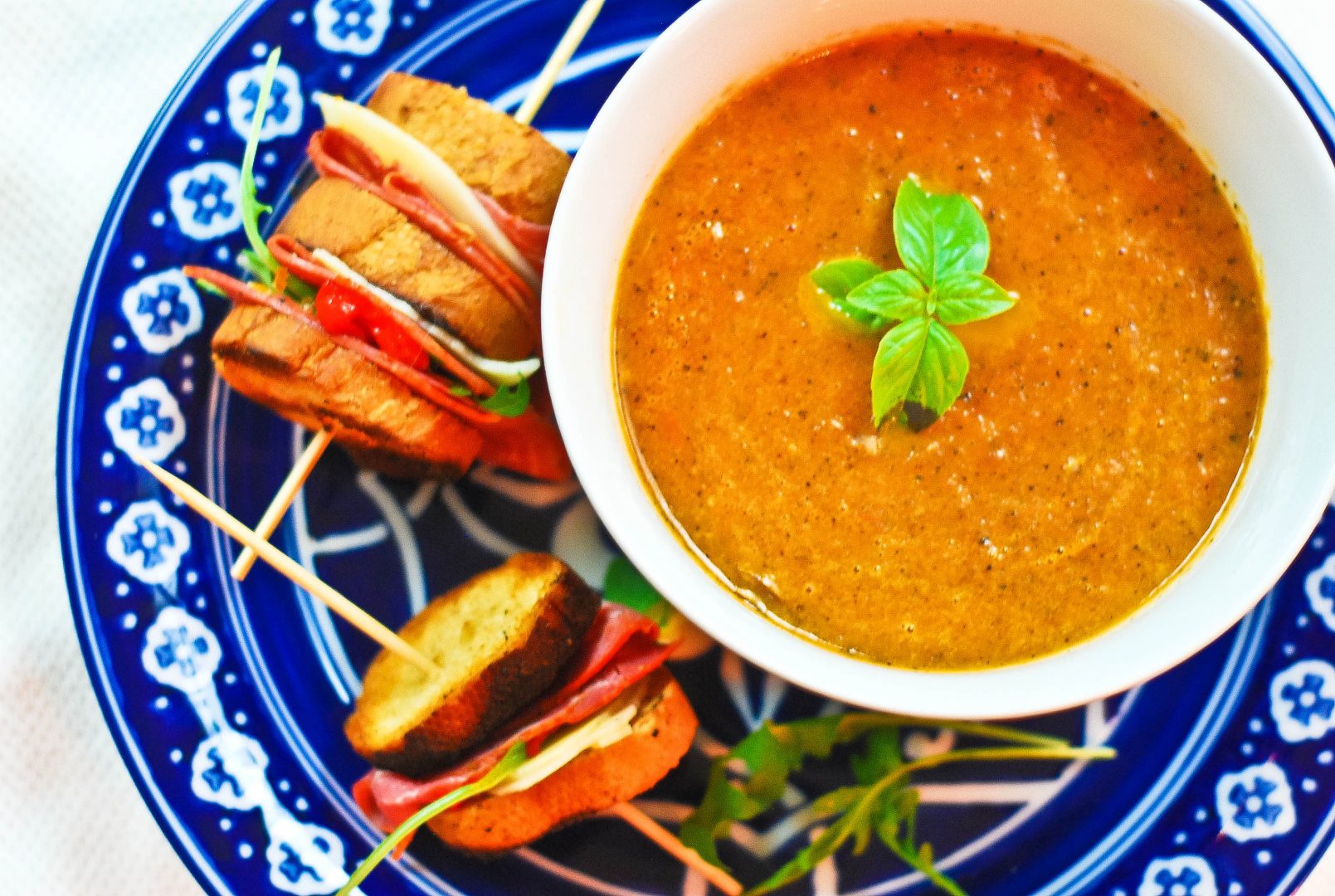 I love tomato soup. It’s just one of those comfort foods that makes you feel all warm and fuzzy inside. I’ve been seeing all these “roasted” tomato soups on pinterest and I thought, “I’m going to grill the tomatoes to kick the flavor up a notch with the addition of smoke and char”. That is exactly what the grill does in this case, it adds flavor depth that you CANNOT achieve with your broiler. My husband said this recipe was a “plus one” which is his way of saying, “this is awesome, please make this again”.

I paired the soup with Crostini sandwiches held together with mini bambo skewers. This accomplishes two things 1) this makes it easy to dip the sandwiches into the soup, 2) the crostini (ie, toasted bread) can be served by themselves as croutons in the soup. The presentation on the crostini skewers adds visual pop and dimension to the plate, and it just looks cool and would be fun to serve to kids as its something different from your average sammy.

Preheat your grill to 350 degrees. Create a direct and indirect heating zone (the tomatoes will be grilled direct, crostini indirect). Slice your tomatoes in half and drizzle them in a little olive oil.
Grill the tomatoes  until the form a nice char on both sides, this will take approximately 15 minutes (give or take), depending on your grill. Once your tomatoes are nice and charred, put them in a deep sauce pot and put them on the stove. Using an immersion blender, blend the tomatoes together. Next, add the chicken broth and remaining ingredients. Blend until smooth. Place the pot on low-medium heat so the soup will be warm for serving.
Now, take a baquette and make 1/2 inch or smaller slices. Coat them in olive oil on both sides. Grill the crostini on indirect heat until toasted, about 2 minutes each side. Remove from grill and layer crostini, cheese, meat, peppers, and arugula and repeat, sandwiching a crostini on each each. Stick a skewer in through the middle to keep the pieces together. Serve with the soup for a sassy presentation that is perfect for dipping in the soup!
Alas, this is one of those recipes that I just made that turned out wonderfully. I love those redeeming recipes that come out so great, to make up for the ones that don’t. I hope you enjoy! 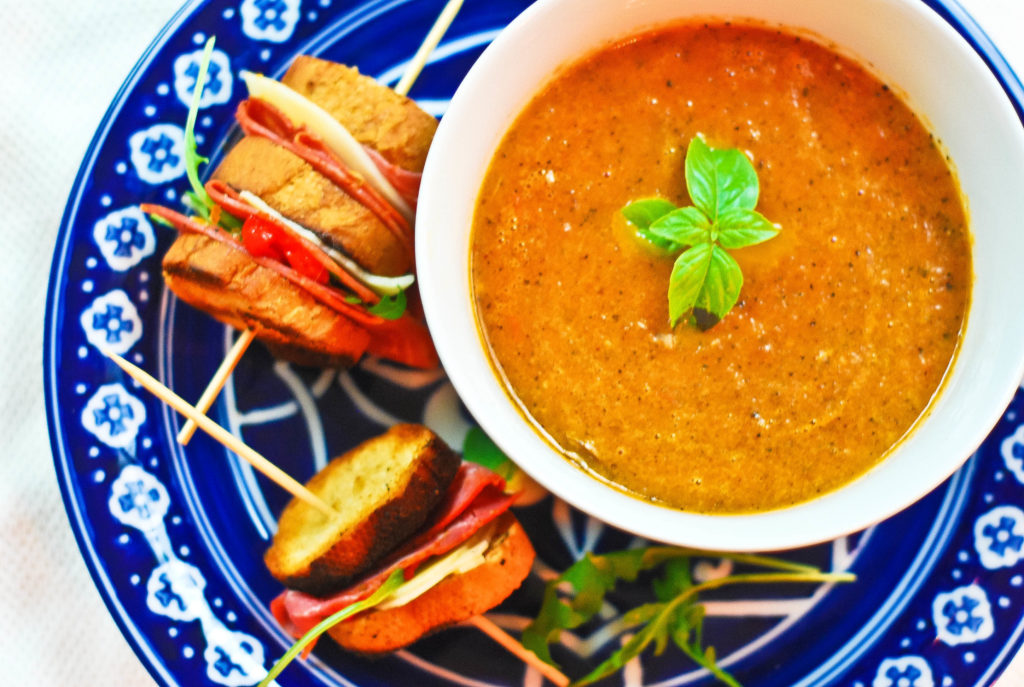 If you are a fan of tomato soup, this smoky rendition will make you oh so happy!!