S’mores: The Official Dessert of Tailgating 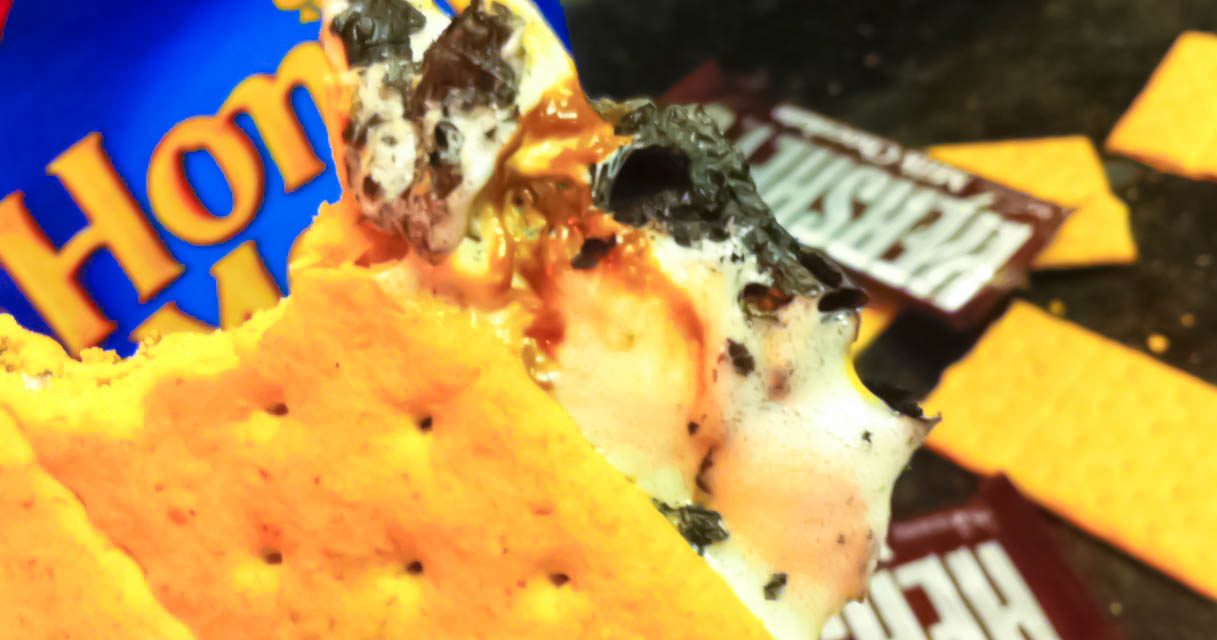 One of my all-time favorite desserts is S’mores. My first memory of making smores was when I was a brownie (like a junior girl scout) and we made them on a camping trip. According to Wikipedia, the first recipe for a s’more was documented in a 1927 GirlScout cookbook, so that would make sense!

Camping, in my mind, is just another form of tailgating, and this is a perfect treat to make when you’ve already got a hot grill from earlier goodies. After the grill has cooled down a bit to less flame and more hot coals, it is perfect marshmallow roasting time!

Some nice additions to a s’more:

Take BBQ skewers and put marsmallows up 3/4 of the way, arranged so that all marshmallows can reach the heat. Grill until nice and golden brown. I often get my marshmallows close to the fire and they will catch on fire and then I blow them out and they are still perfectly fine for making a s’more. Ever the perfectionist, my husband said this was “amateur hour” as far as marshmallow roasting goes, but I like a little char on mine (as evident by the photos).

For a nice variation of the average s’more, you could take a candy bar and cut it into pieces, and then add the bar pieces to the skewer interchanged with the marshmallows. Grill until slightly charred/melted. Put the whole concoction between two pieces of graham cracker and you have one, ooey-gooey mess of perfection.

Hershey’s has declared the s’more the official dessert of tailgating and I agree- how do you like yours s’more? 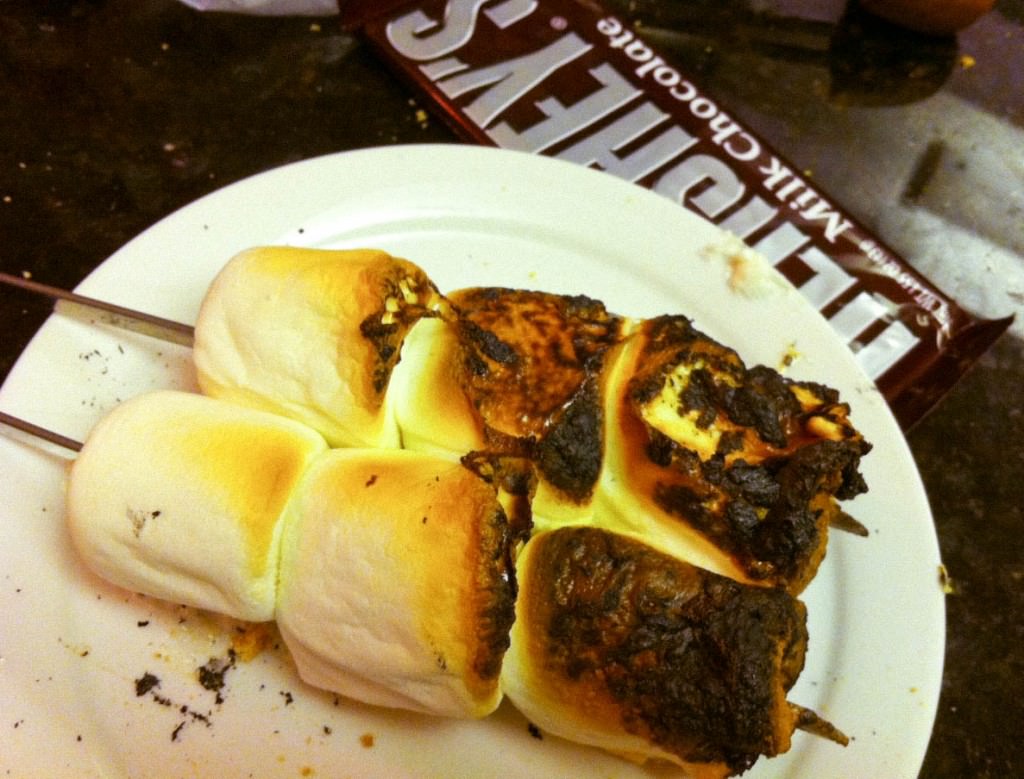 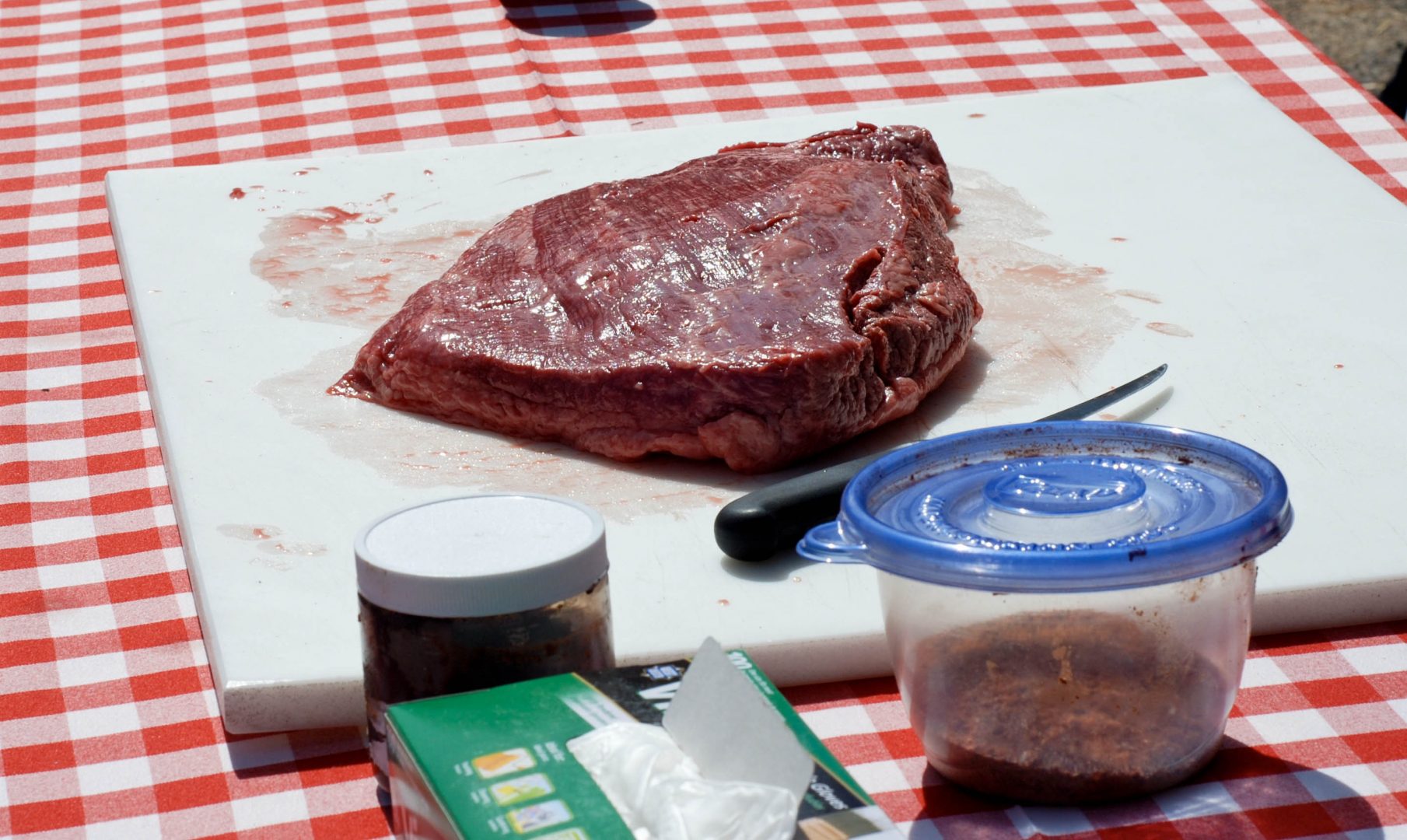 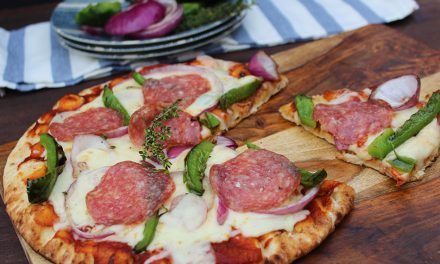