Off To Memphis In May World Championship Barbecue Cooking Contest! #WCBCC11 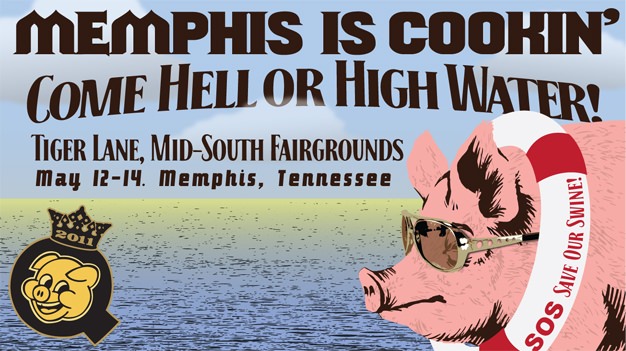 Well, it’s that time of year again folks. As you may recall, last year my Dad and I joined the “Too Sauced To Pork” team with Neil Gallagher, Blake Marcum and Eric Chester and got to learn more about this BBQ Competition of all Competitions and I recounted the experience for all of you to see.

This year I’ll be live tweeting and blogging from the festival, now being held at the Fairgrounds due to the Mississippi river flooding Tom Lee park and parts of the city. Come hell or high water this competition will go on and I’m going to document it for all of you to see! 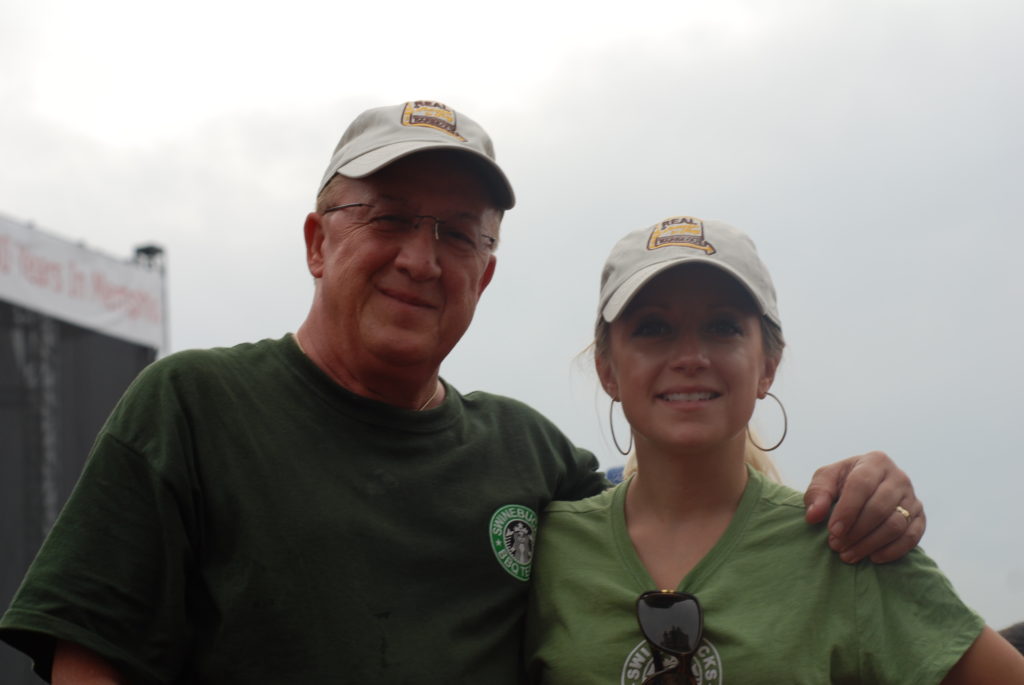 Since last year’s adventure, a lot has happened to both me and my dad, Eddie Medlin or Tropical Storm Eddie as many of you know him. For one thing, I got married! I’ve since taken a BBQ judging class with the FBA, judged a few competitions, and have continued on with my women’s grilling clinics and have even taken them national. I also became a blogger for Kingsford Charcoal’s new site grilling.com and got to learn techniques at Kingsford University by Pitmaster Chris Lilly and his awesome partner in crime Ken Hess. In the meantime, my dad became a certified KCBS and Memphis Barbecue Network Judge, met lots of really cool BBQ people, started a competition BBQ Team called “North South Smokers” and now just started a catering business. WOW!

Look forward to seeing lots of cool people pop up on twitter and then on the blog. This is going to be quite the adventure.

This festival is going on, come hell or high water!

Take Your Grill to Work Part 2: Chicken and Beef Satay 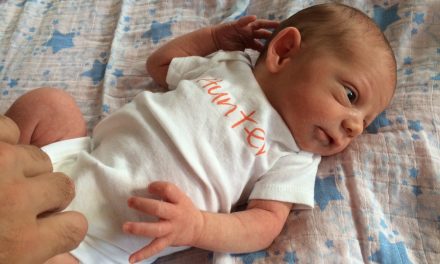