by Robyn | Dessert on the Grill, Hot and Spicy!, Pork and Italian Sausage, Recipes 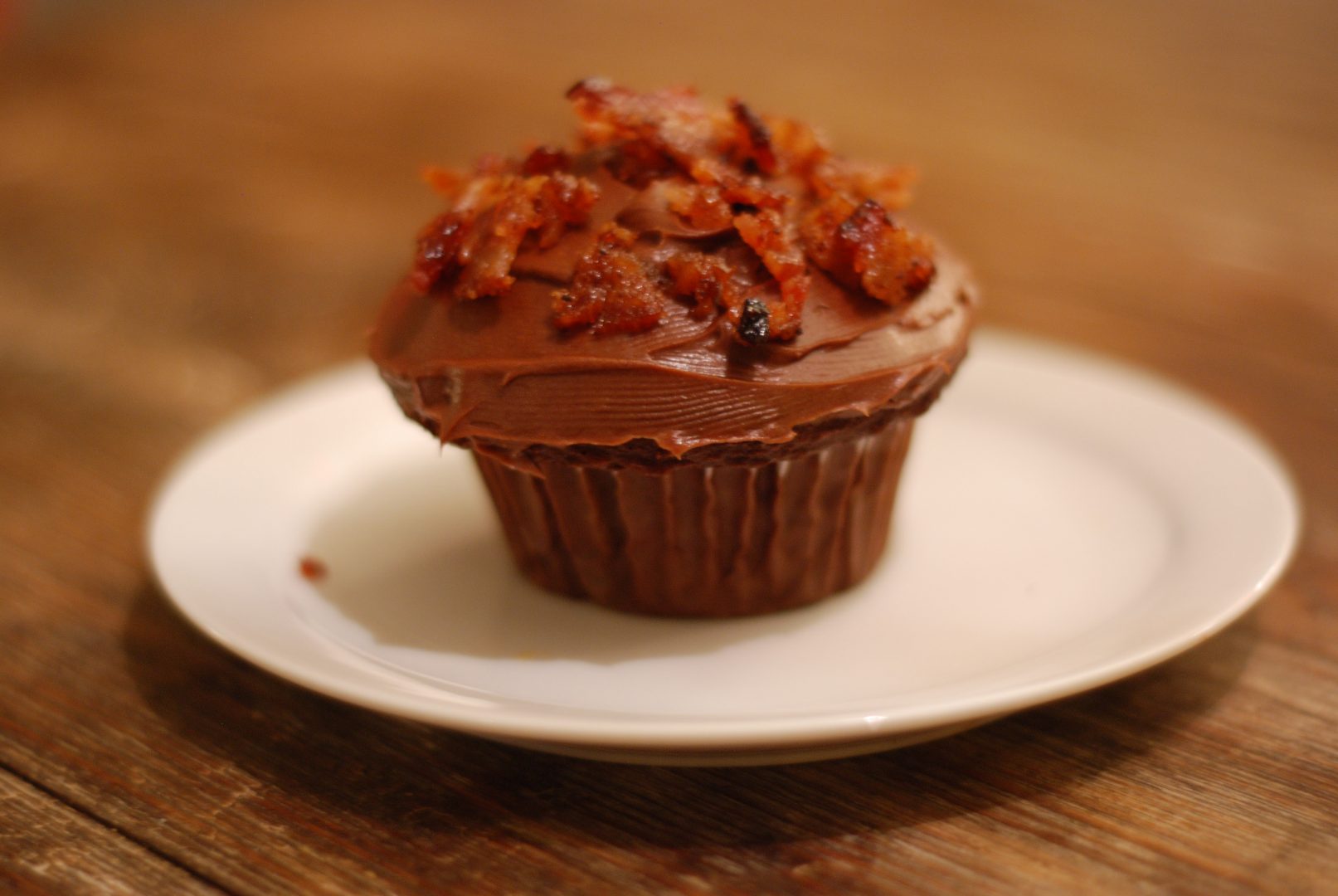 I have an insatiable sweet tooth, which is part of the reason I got into grilling. I really love to bake but I can’t control myself with sweets all over the house. When I bake, I take the goodies to work so I can’t torment myself knowing they are in the house for me to eat and then feel guilty about later. I made this recipe to take to a potluck and it was a big hit.

Sweet and salty are all the rage these days and I’ve seen bacon in all kinds of sweets so I thought why not on chocolate cupcakes?

I baked the cupcakes according to Betty Crocker’s directions. Now as for the bacon, it’s not as hard as you might think! I literally had to beat Scott out of the kitchen in order to have enough bacon left for the cupcakes- the bacon is like crack rock when you get it out of the oven- figuratively speaking.

Line a cookie sheet with foil to catch the bacon drippings. Place your bacon on a broiling pan or rack that will rest on top of the cookie sheet.

Mix sugar and chipotle pepper and place on plate. Dip each piece of bacon in the sugar mixture so that it is coated evenly. Place on the baking rack/broiler pan. Repeat with each piece.

Bake the bacon for 15-20 minutes until it begins to get a little crispy. Resist the urge to place the bacon on paper towels when you take out of the oven because it will stick! Keep rolling pin handy to scare people out of the kitchen until your cupcakes are fully finished! 🙂

Dice the bacon so as to resemble “bacon confetti” that will be the topping for your cupcakes.

After cupcakes have been frosted, add the “bacon confetti” to your cupcakes.

Prepare for “oohing and aaaahing” when you bring them to your friends house. Prepare for additional “oohing” when people actually eat them! 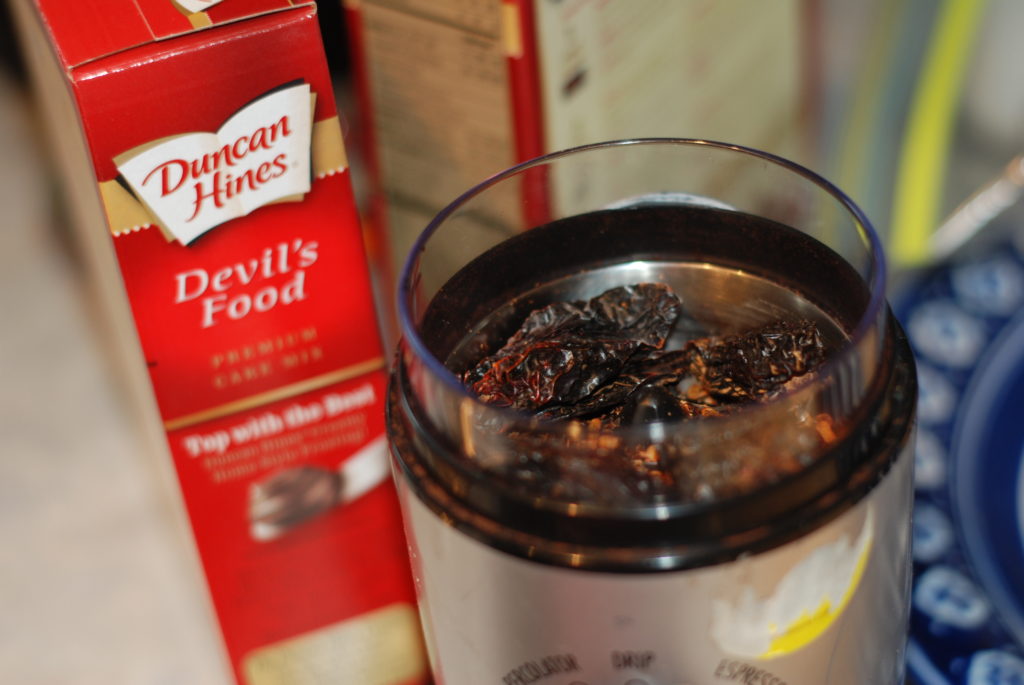 Coffee grinders are great for grinding up spices- I used mine to grind up chipotle peppers for this recipe.