2010 GrillGirl Mashup: A Year of Grilling!

Scott and I got married on the beach in Islamorada this past November.

Well Folks, Holy Crap, its almost 2011. What an awesome year this has been! I’ve met so many cool people and made so many friends through all my Grilling and BBQ Adventures this year. I thought I’d put together a “highlight reel” of some of my adventures and favorite recipes to share with you.

One major thing that happened- I got married! While I’m planning on doing a full blown post on this, here’s a pic of me and Scott tying the knot down in the keys! As you know, Scott is my “Grill Guy” and he is an equally great griller. His strong suite on the grill is precision and attention to detail while mine is being creative and fearless to try new things. We’re a “Grate” (pun intended) pair on the grill. 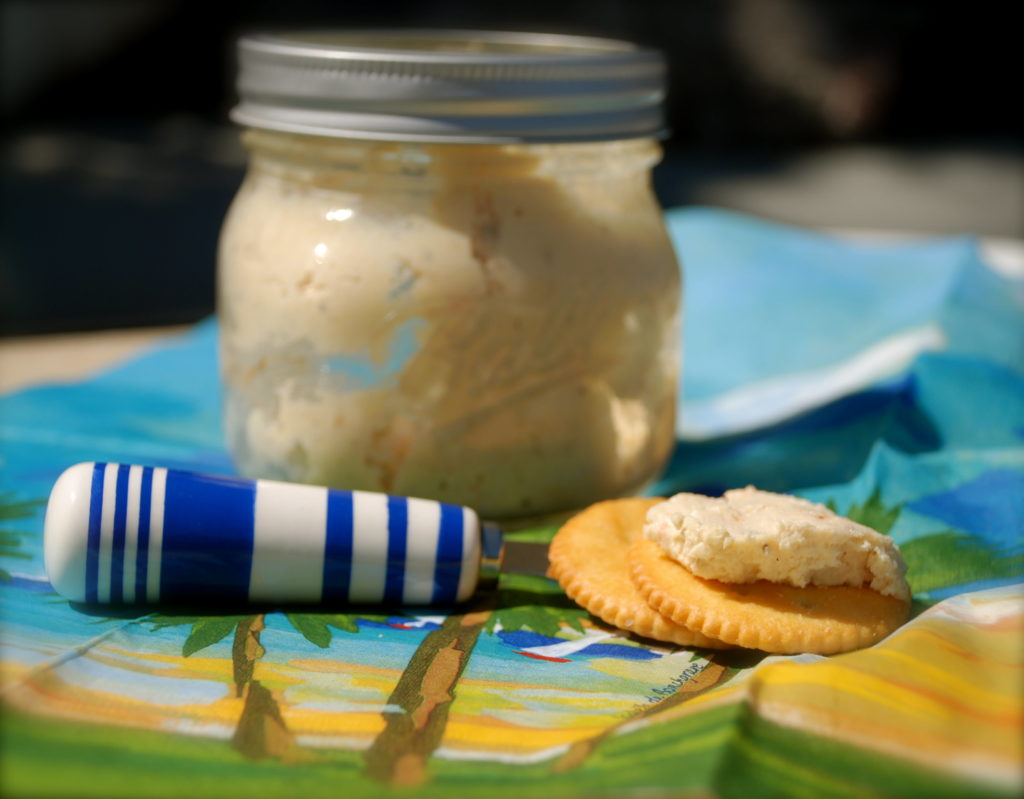 This stuff is like crack. You can't have just one bite.

I am always amazed at how many hits and searches there are for this recipe. This is a specialty of Florida so it’s no wonder when people come down here they get addicted as it is that good. There aren’t many other places you will find a dip made out of smoked marlin or mullet in the US. This is actually my neighbors recipe that I’ve tweeked a little – his family used to own a fish smoking hut and trade with the indians. Enjoy!

This recipe has nothing to do with grilling but it gets a ton of hits on my blog. This is a simplified version of Ina Garten’s more gourmet version.

This is my dad’s first guest blog post for me. Expect to see more from him in 2011 as he just started a competition BBQ team in SC called the North South Smokers.

I had a father daughter bonding experience with my dad competing on the “Too Sauced to Pork” team at Memphis in May. I learned a lot about the difference between Memphis judging versus KCBS and got to see how “in person” judging works at this infamous competition. I learned a lot and met a lot of cool people along the way! I’ll be there again this year entering my coleslaw recipe into the competition! 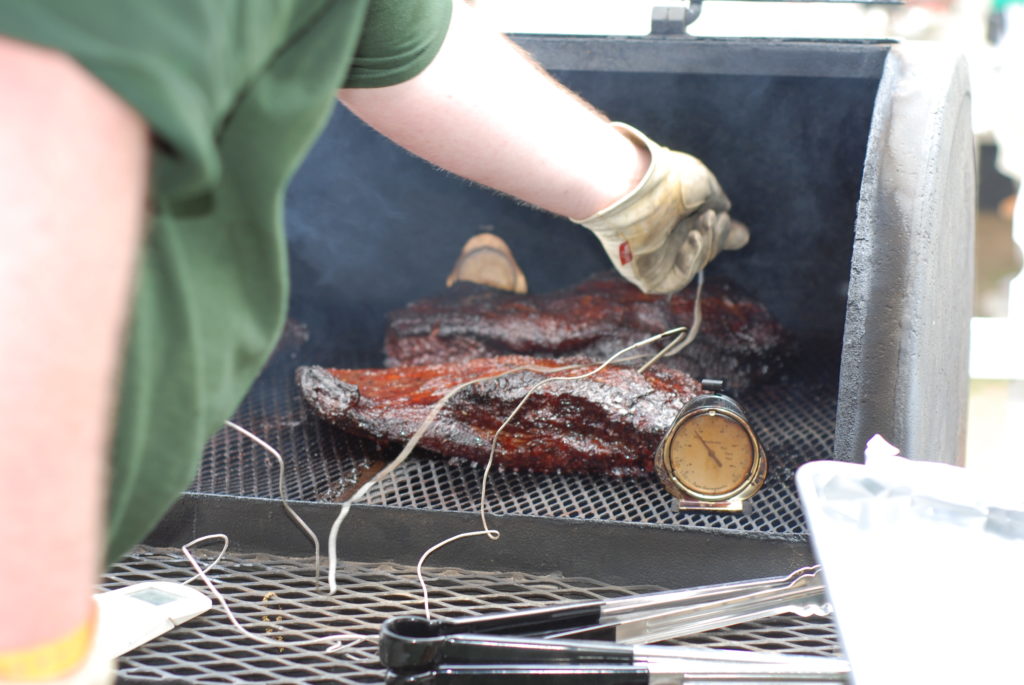 Getting ready to pull the brisket out of the smoker at Memphis In May with the "Too Sauced to Pork" team.

McCormick Grillmates “This Week in Grilling”

I had the really cool opportunity to be one of the “Flavor Correspondents” with McCormick spices developing recipes for their “This Week in Grilling” social media campaign. It was here that I met my good blogger friend John Dawson of Patio Daddio BBQ who is an excellent cook and griller. Some killer recipes and videos came from this partnership.

I started hosting quarterly women’s grilling clinics to encourage women not to be intimidated by the grill. They have been very successful and I’ve met a lot of cool women along the way! The next clinic will be featuring “Brunch on the Grill”. 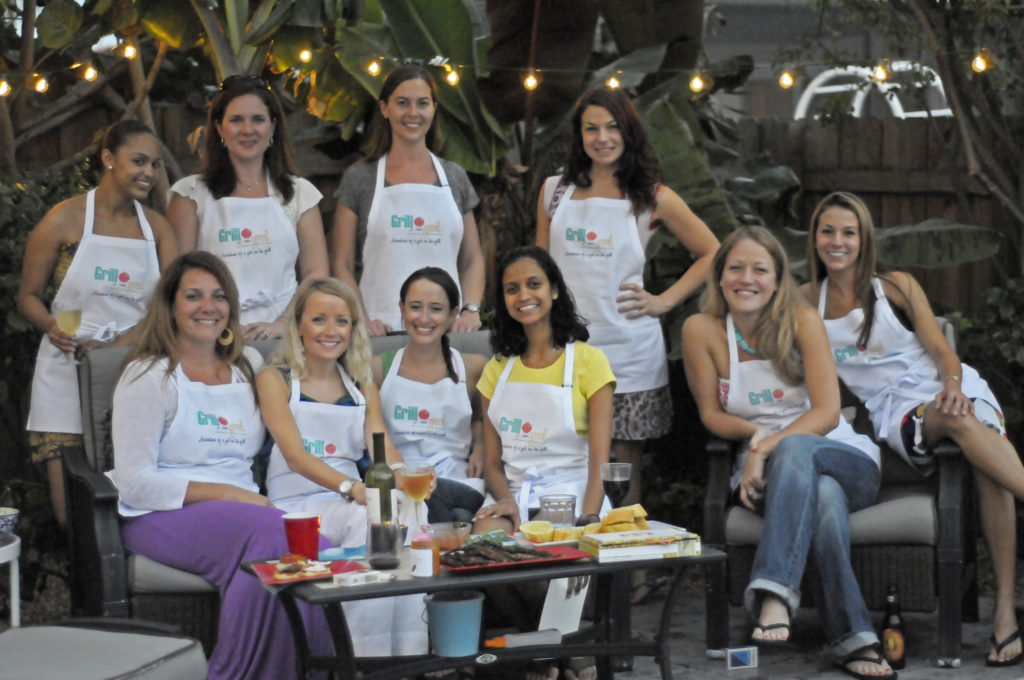 The first women's grilling clinic attendees! We grilled everything from buffalo sliders to wings to cobbler!

I’ve had the chance to make a lot of great friends this year and I wanted to give a shout out to some notable names in the BBQ and Grilling arena.

John Dawson of Patio Daddio BBQ– John is an amazing cook and he’s not just a one trick pony. He knows how to make a great meal without his grill too. His photography will knock your socks off.

Chris at Nibble Me This– if you have a Big Green Egg or aspire to get one, take some tips from Chris. He’s an avid egghead and great photographer too.

Larry at The BBQ Grail– theres’ nothing I haven’t seen Larry try on the grill! Look to Larry for inspiration on what to grill tonight.

Chef Barry, aka CB Martin at Charbroil- Chef Barry is the friendly and insightful guy behind Charbroil’s sizzle on the Grill blog. Friend him on Facebook and you will always be inspired with new recipes and grilling techniques!

Greg Rempe of The BBQ Central Radio Show– Greg hosts a weekly BBQ show that is a big hit among BBQ aficionado. If your life existence is centered around your grill, you’re missing out if you aren’t listening to his show!

Pork Barrel BBQ– if you like competition BBQ, these guys are moving up the ranks. They sell their sauces and rubs in many stores and their DC area restaurant is opening up in January so check it out! These are some of the nicest guys in BBQ!

Florida BBQ Association-thanks to Rick from the FBA for sharing his authentic Jerk Rub with me. In addition, keep an eye out for Jimmy Brood and the Everglades Seasoning team moving up the ranks in competition BBQ! 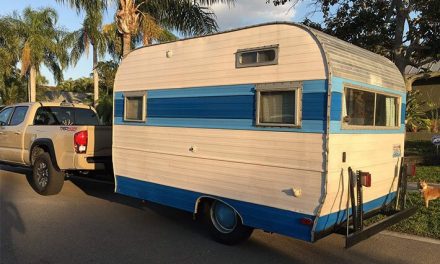 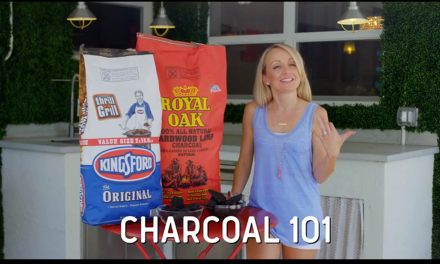