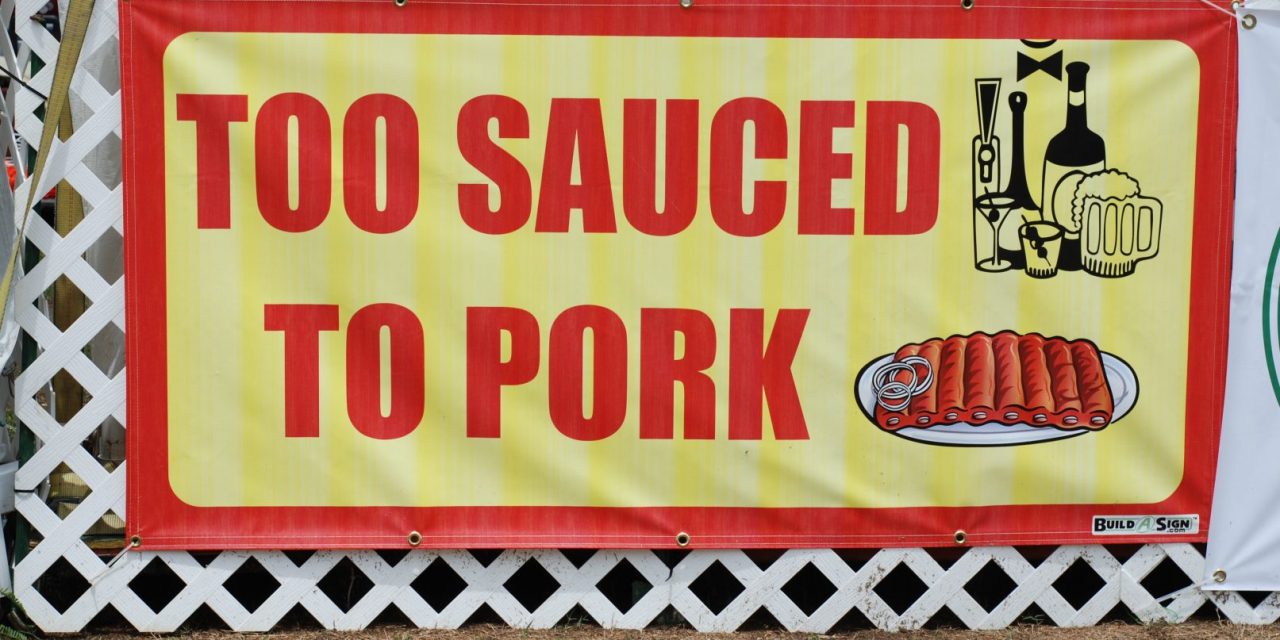 My father and I had the opportunity to join a real competition BBQ team for the Memphis In May World BBQ Championship, and, hands down, it was one of the best experiences I have ever had. Neil Gallagher, gracious team leader of “Swine Bucks BBQ aka- Too Sauced To Pork” showed us how it’s done at this BBQ competition of all competitions. Here’s a photo recap of some of the experiences I had and people I met along the way. I can’t wait to go back next year and enter my coleslaw recipe in the contest! I think I have a shot!!

One of the best parts of the contest are the fun names of the teams. Some of my favorite include: “Natural Born Grillers,” “Slab Yo Mamma”, “The Conquistaboars” and “Ribbed For Your Pleasure”. There is even a “Best Tent” category to the festival which takes the event to another level. Some teams have spent some serious dough on their tent preparation and it shows. 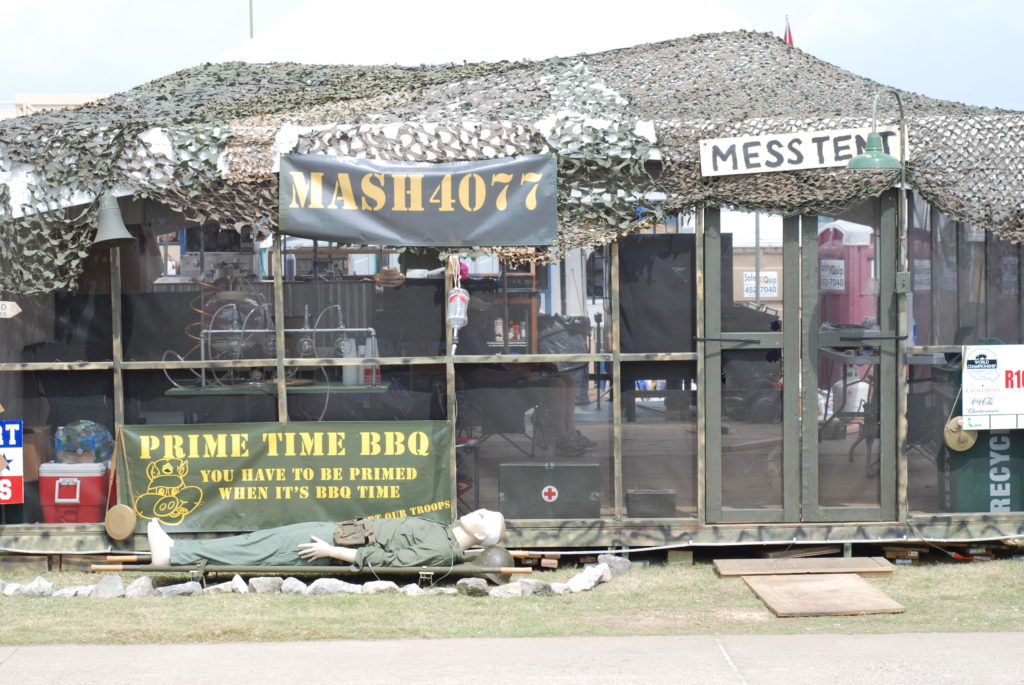 Clearly, this guy needs a “pick me up”. 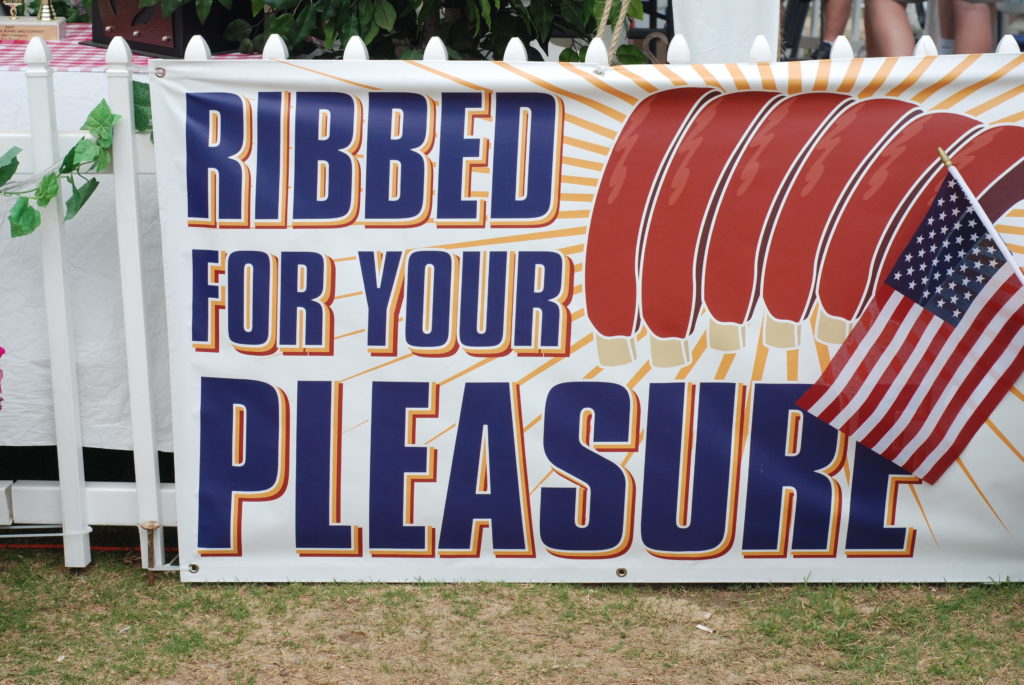 One of the many funny team names you’ll find at MIM. 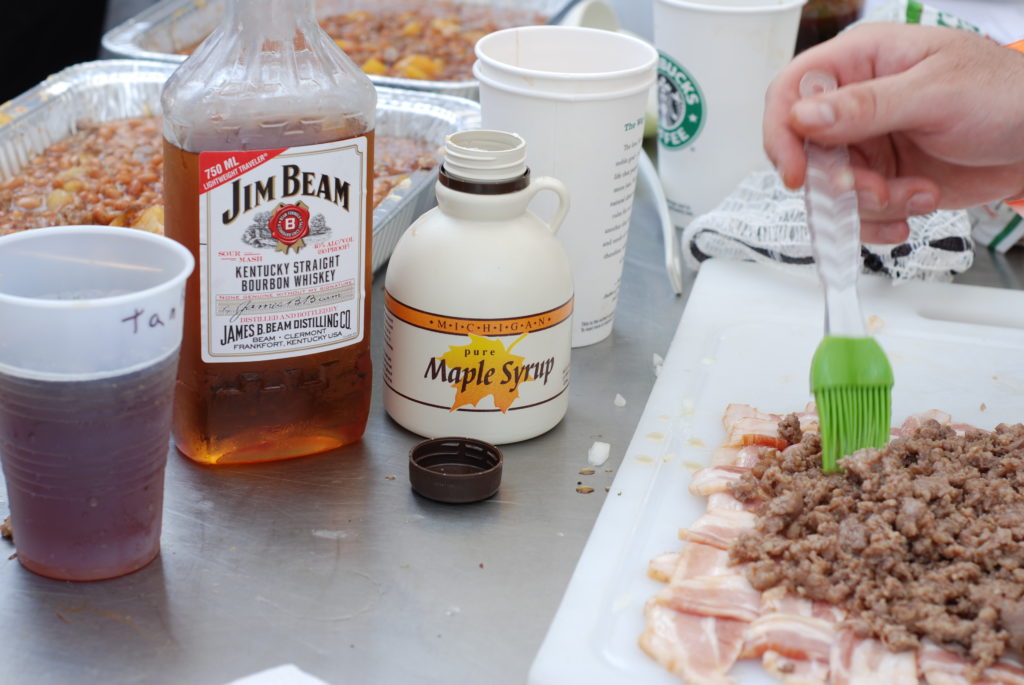 The makings of a “bacon explosion” include a good basting of a Jim Beam/Maple Syrup mixture. 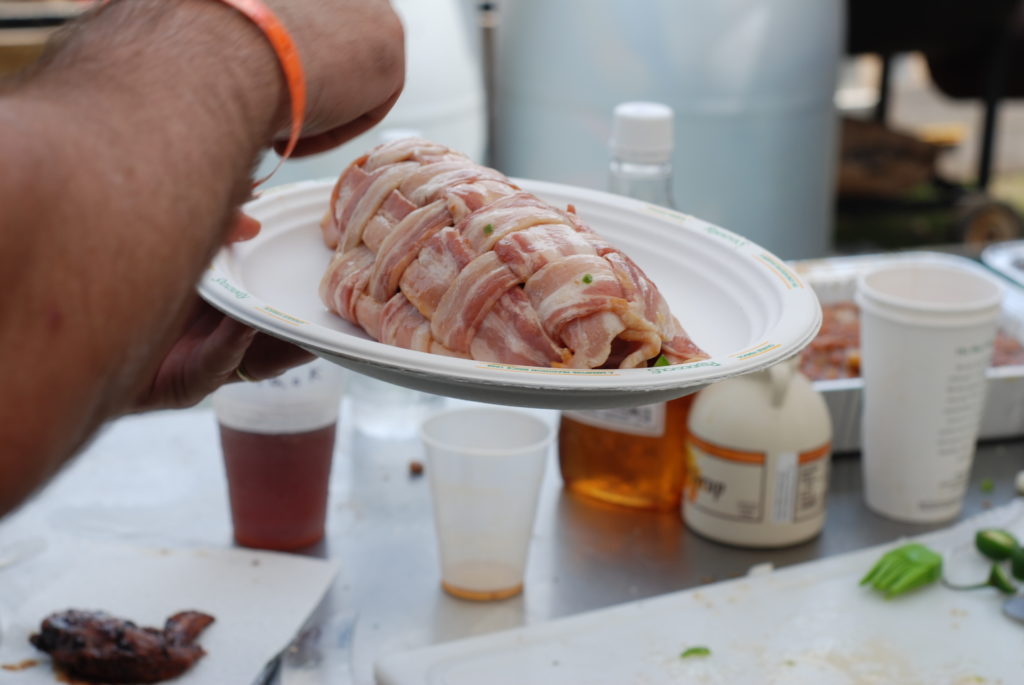 Ready to go in the smoker!

Of the many different things I tried during Memphis in May, the “Bacon Explosion” was one of my favorites. Essentially, you weave bacon together, put crumbled sausage and jalapenos inside, baste it with a bourbon/maple syrup sauce and put it into the smoker! Yum!! Honorable mentions include BBQ Baloney and “Moink Balls”. Moink Balls are meat balls covered in dry rub, bbq sauce and bacon! “Moink!” 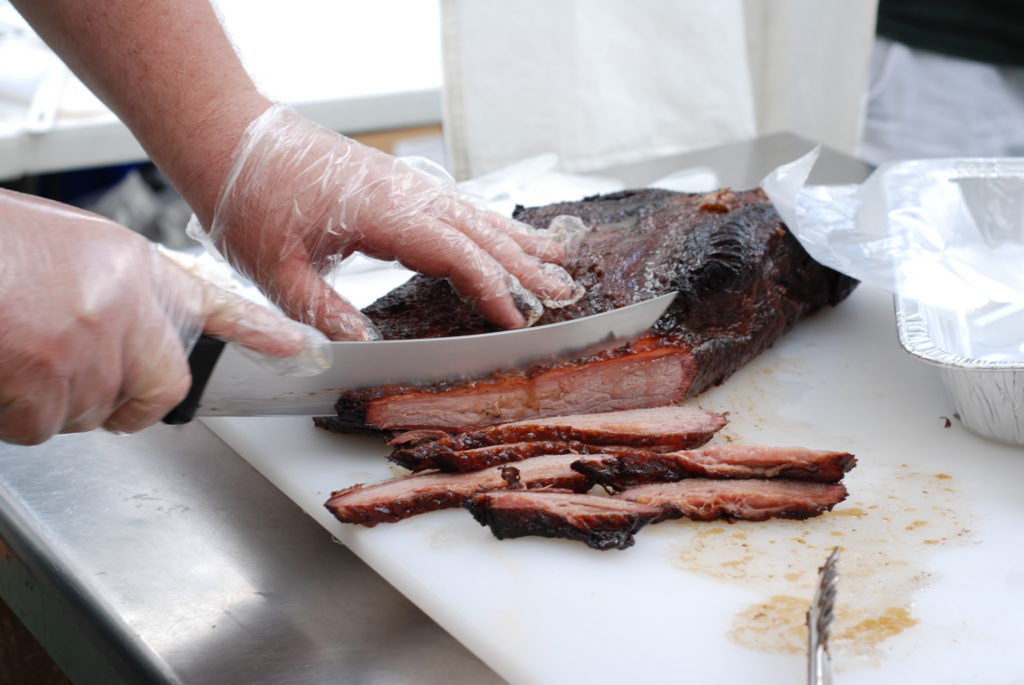 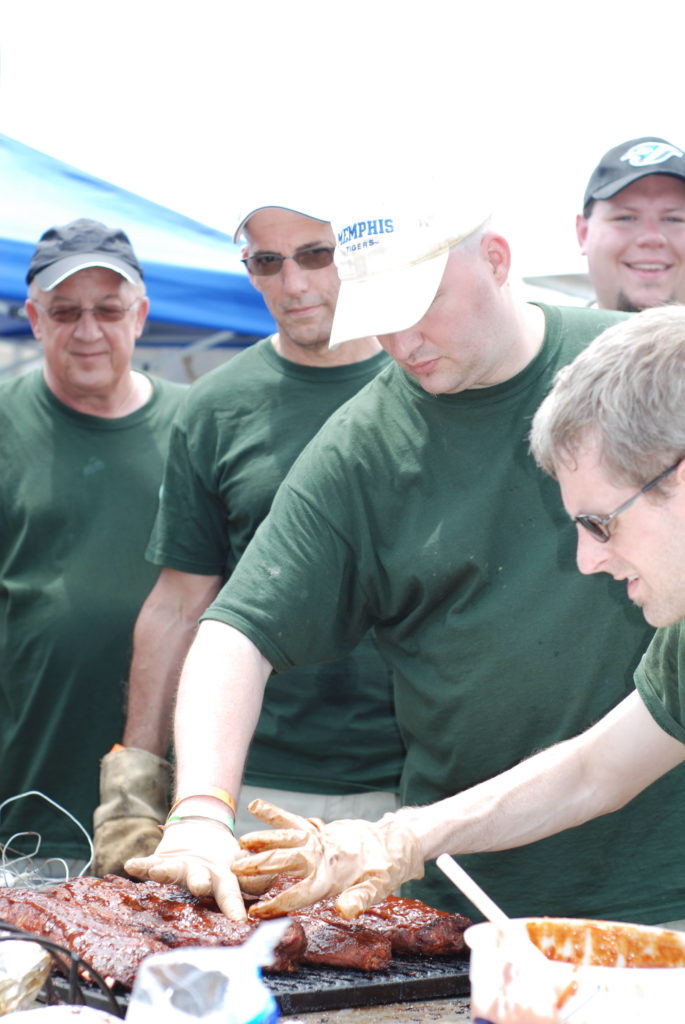 Too Sauced To Pork team inspects the ribs. 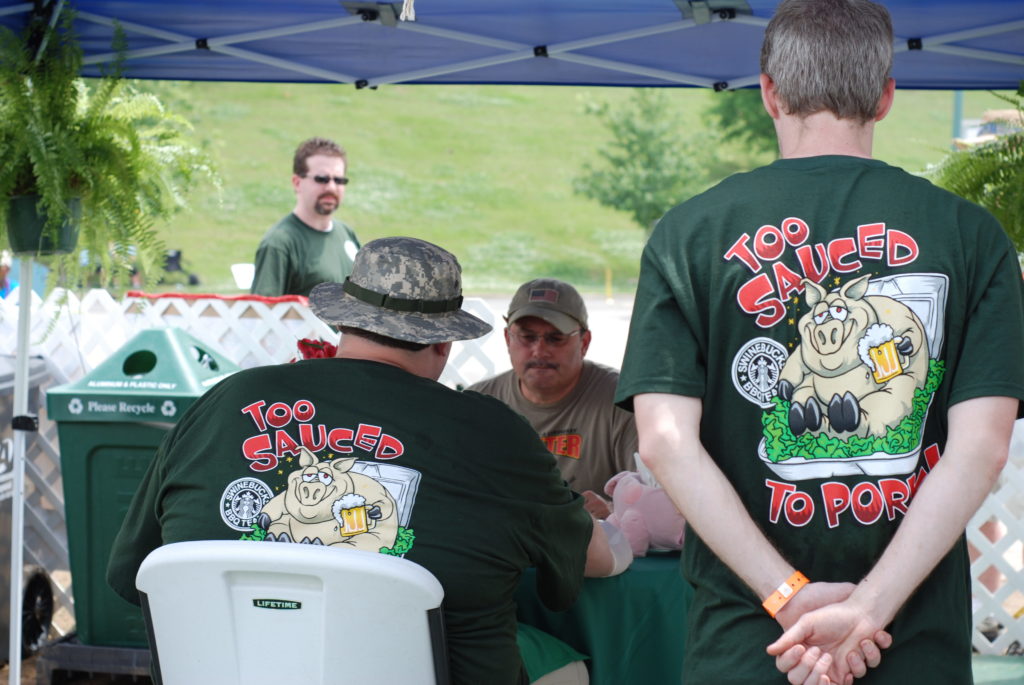 Blake Marcum gives his best pitch to the judge. 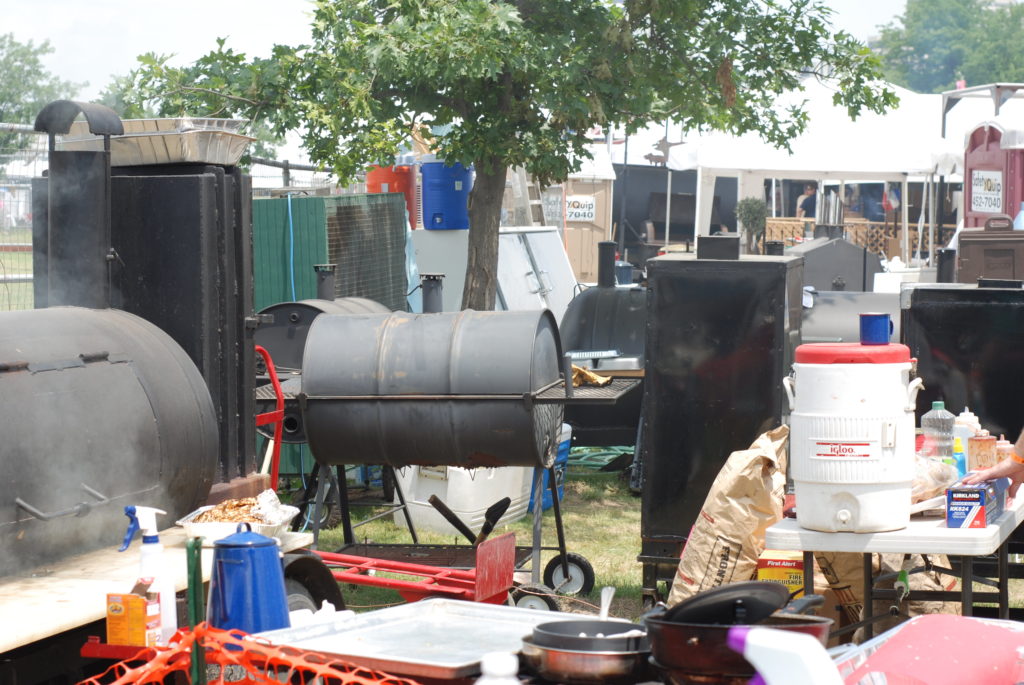 Has anyone seen my smoker? 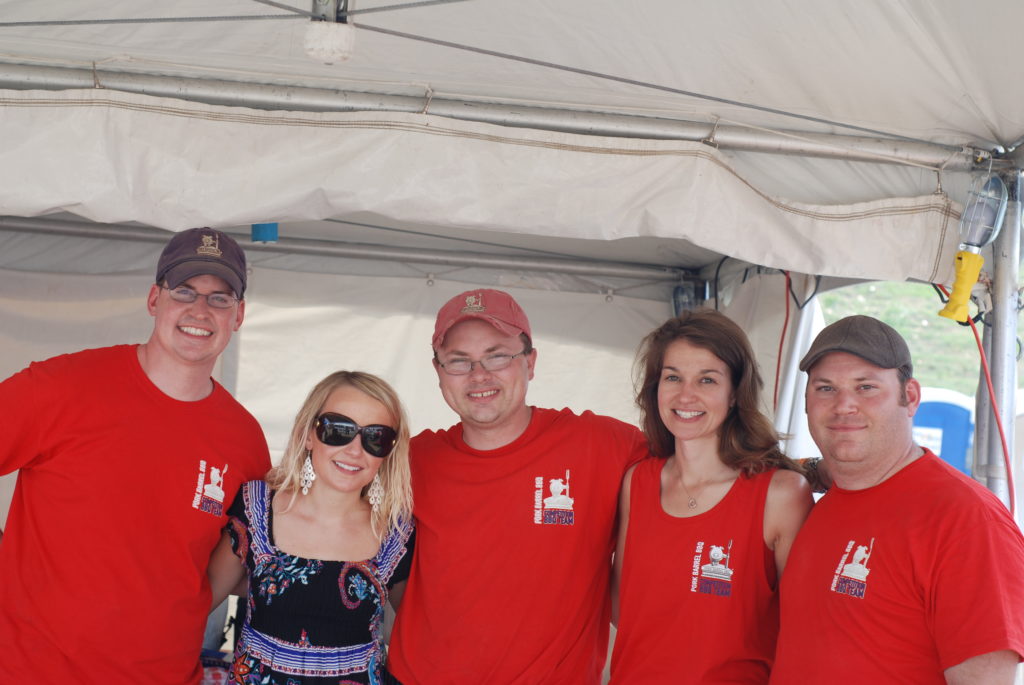 Hanging out with the Pork Barrel BBQ Team. 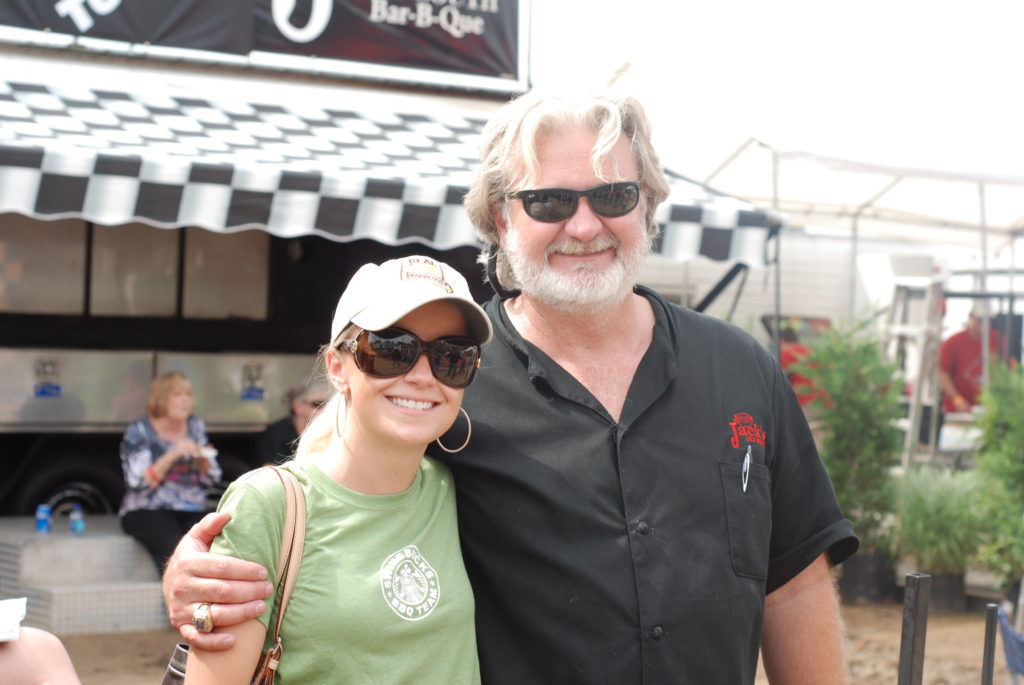 Got my photo with the infamous Myron Mixon of Jack’s Old South. 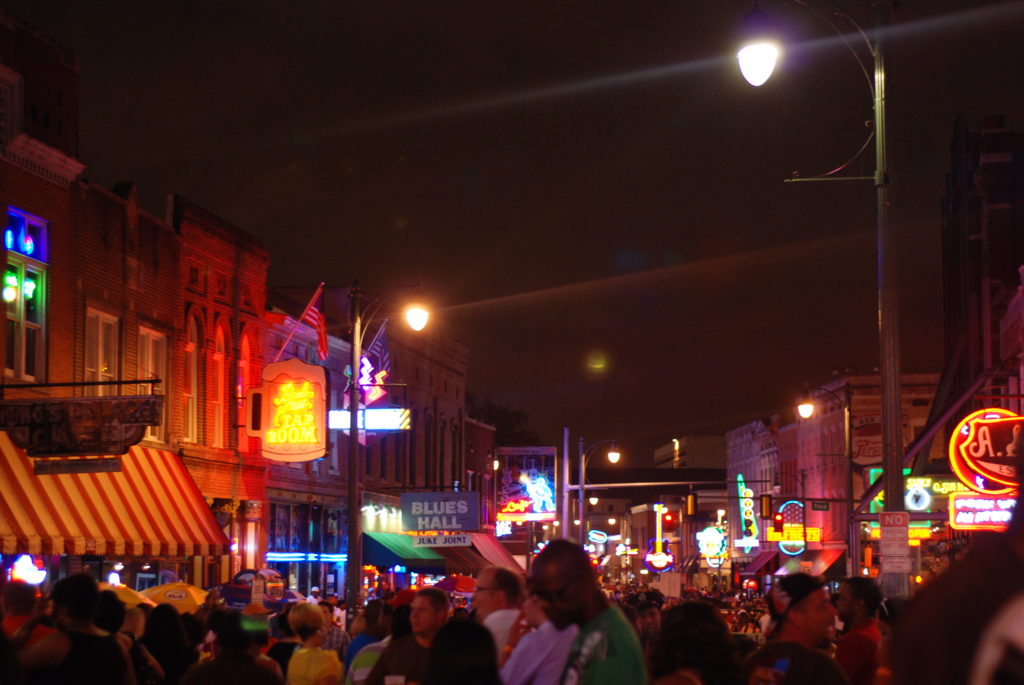 Much thanks to the “Too Sauced to Pork Team” for graciously letting me join their team and see what competition BBQ is all about. I learned a lot about the hard work and determination it takes to put together a team and respect the time and energy it involves to compete. Competing in the World Champion BBQ Contest is an endurance challenge or sorts and I hope I can rise to the challenge again next year with all the new friends I made during this adventure. 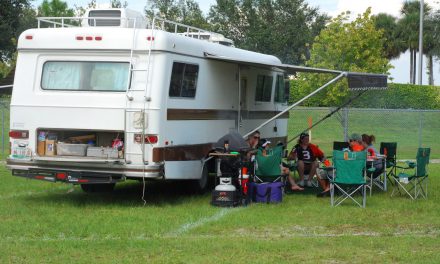 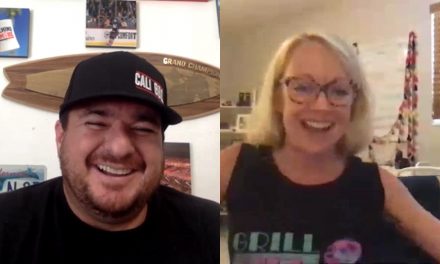 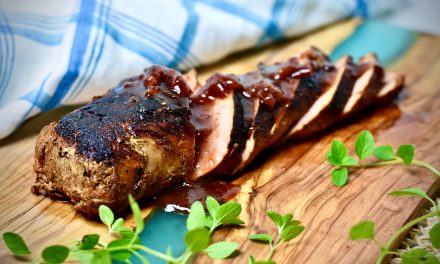