As an introduction to my first blog, let me just say that this is by no means only about food and cooking, but about the interconnectedness of food and life and the situations around them.

Almost everything in life revolves around food. On a basic level, all organisms need it to live. Period. But, on a societal and economic level, it is OH SO MUCH more. I don’t need to digress on this subject itself anymore other than to say that life is food. Meeting with friends= food. Christmas, Hannukah, 4th of July= food. Valentines Day=chocolate. Easter=chocolate bunnies. After dinner treat on a fun night out on the town= gelato!!

Before we got the new grill, the old grill posed its many challenges. In an attempt to try something new, I invoted friends over to hang out and throw something on the grill. Little did they know what we were getting ourselves into. The night’s specialty “grilled pizza!”. I saw an article about Mario Batali’s latest cookbook where he does Italian-style grilling. The moral of this story is that cooking over a grill that is conducive to losing your eyebrows when lighting it (the ignitor no longer worked!) is risky at best, without adding 4-5 cocktails prior to said grilling experience. Long story short, the pizza came out great, in fact, Bert said it resembled the state of Alabama, and the only casualty to the grill was lower Alabama. Probably much similar to how SEaster Alabama looks after a major hurricane. Hurricane Robyn on the grill.

Post new grill, the Weber EP Genesis 310 in forest green, proves to make grilling much more of an art than neanderthal, poking-fire with-stick process. We seamlessly made steaks, chicken and even (yes, it can be done) grilled endive with no problems, in fact, everything turned out so well with so little effort that we gave ourselves a congratulatory pat on the back and said to ourselves “damn, I always knew we had it in us!”

Next endeavor: brunch. To cater to South Florida’s summertime rainy season, I decided to have people over closer to lunch so we could hang out outside and maybe get some poolside drinks in before it started to rain this past weekend. Key menu item: french toast. Grand Marnier marinated toast on the grill.

Everyone was skeptical. The jokes about my past of drinking and grilling and screwing up dinner were made. And then everyone tried it. 15 minutes of silence as everyone stuffed themselves silly and then we made a second round of bloody marys and digested poolside.
The key is to buy a loaf of bread and slice it youself, in very thick pieces. Then, make a batter of eggs, milk, (sugar, cinnamon, vanilla-duh) and then add some grand marnier (rich man’s triple sec- and if they’re not exactly the same thing then use the triple sec- that’s what I used and it turned out great!) I sandwiched the slices with a strawberry (plus sugar) mixture and it resembled breakfast time strawberry shortcake.

The skeptics apologized for their skepticism and said, “damn, that was awesome- how did you pull that off and can I have the recipe?? I was like Rocky Balboa in Rocky 1,2,3,4 and possibly 5. Everyone is skeptical at first and then after you pull it off everyone is your new BFF.

So, the recipe is as follows:

Step one: “where’s the vodka?”
step two: “light the grill”, or is it, light the grill and then look for the vodka? Light the grill with Vodka? Hell, somebody make me another bloody mary. What the hell, this french toast resembles lower alabama. Have I had too much to drink? Or not enough?”

Dead End BBQ and Knoxville Roll Out the Red Carpet 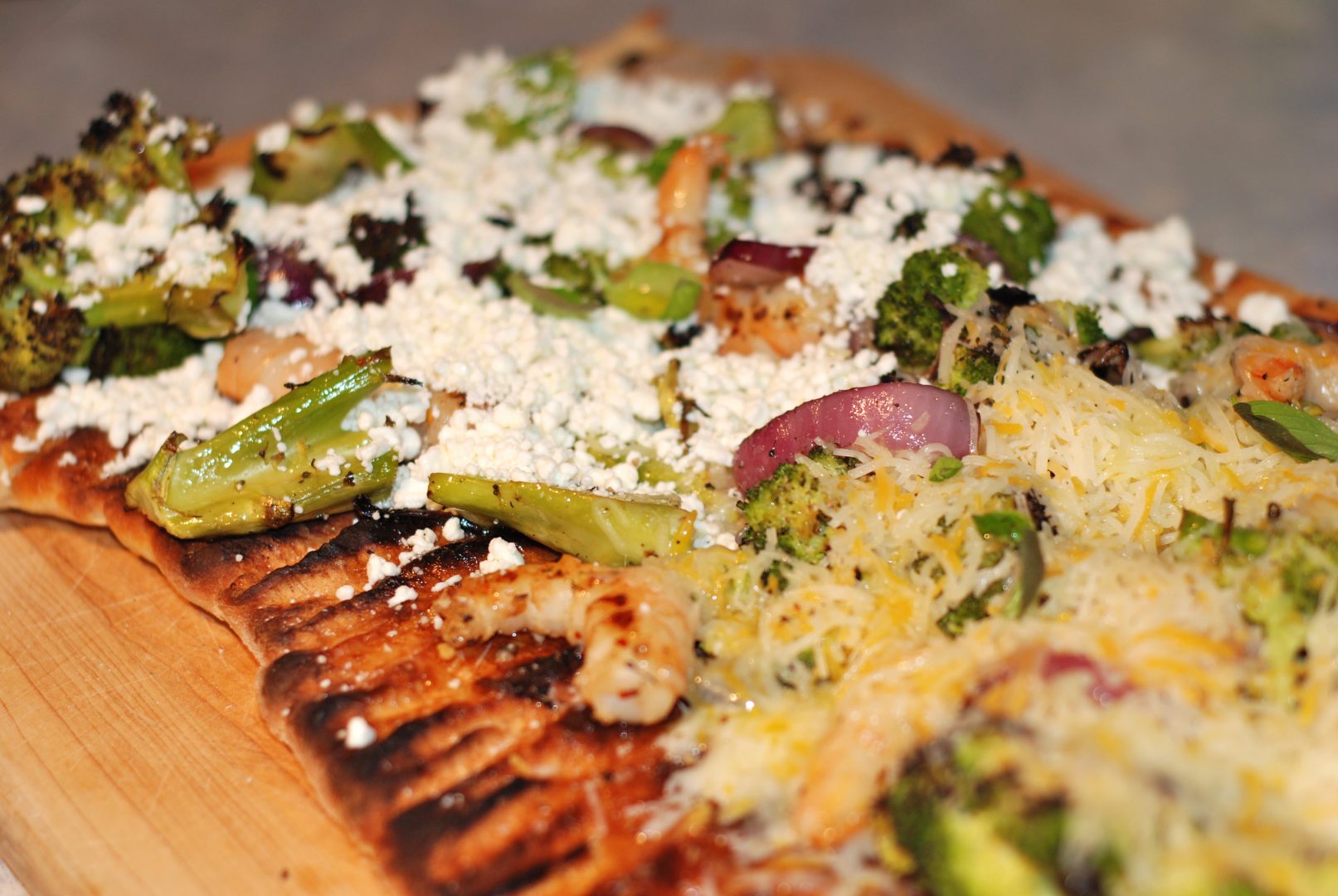